Virginia's Presidents: Where They Rest Today 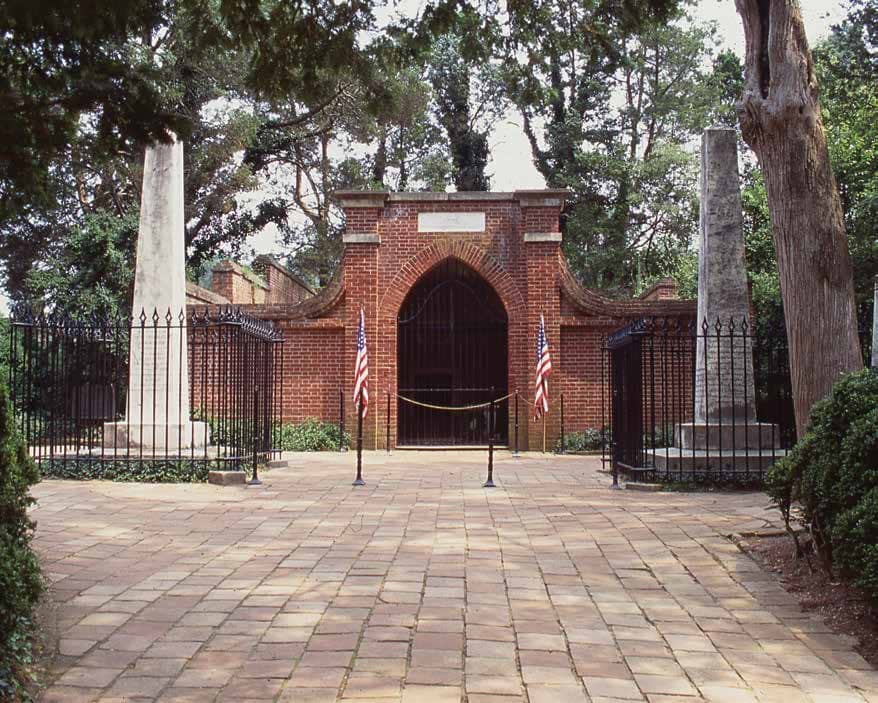 Five of the eight presidents born in Virginia are buried in the soil of the Old Dominion. The other three are in Kentucky, Ohio and Washington, D. C.

George Washington was born at his father’s plantation on Popes Creek in Westmoreland County, Virginia, on Feb. 22, 1732. He died in his bedchamber at Mount Vernon on Dec. 14, 1799.

Several months before his death, Washington directed in his will the building of a new burial vault: “The family Vault at Mount Vernon requiring repairs, and being improperly situated besides, I desire that a new one of Brick, and upon a larger Scale, may be built at the foot of what is commonly called the Vineyard Enclosure… in which my remains, with those of my deceased relatives and such other of my family may choose to be entombed there, may be deposited.”

In 1831, the bodies of George Washington and Martha Washington were removed from the original deteriorating tomb to the present enclosure.

Washington also stated in his will that his slaves were to be freed; he did not have the legal authority to free his wife’s slaves but he did provide for them financially. He also expressed in his will a desire to protect Native Americans when negotiating the purchase of their tribal lands. Washington knew his will would become public, so articulating his intentions in the document was his way of sharing his views with people across the country.

Thomas Jefferson was born on April 13, 1743, in Shadwell, Albemarle County, and died on July 4, 1826, at Monticello, 50 years after the Declaration of Independence was signed. John Adams died on the same day. Jefferson was the third president of the United States. Before he died,

Jefferson left precise directives concerning the memorial to be erected over his grave. He sketched the design and shape of the stone marker. He also prepared the text to be inscribed on it:

“Because by these,” he stated, “as testimonials that I have lived. I wish most to be remembered.”