Speed And Innovation In The America's Cup 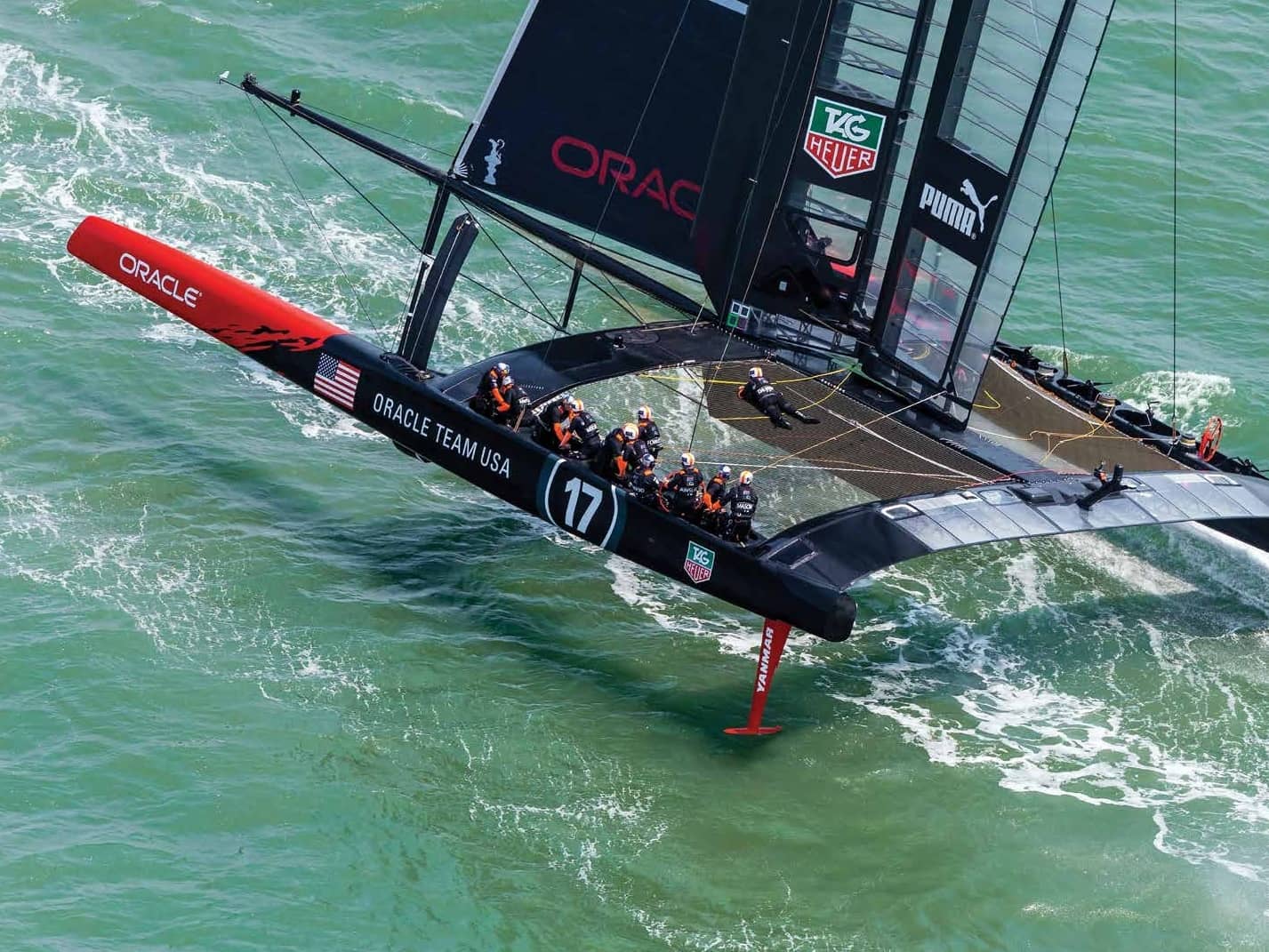 The mission of the 550-acre Mariners’ Museum and Park in Newport News, Virginia, is to connect people to the world’s waters. The museum is committed to the preservation and conservation of more than 32,000 objects and several million library and archive materials, making it the largest maritime library in the Western Hemisphere. The Mariners’ Museum’s exciting new exhibition, Speed and Innovation in the America’s Cup, is turning heads and giving members of the sailing community and general public something to look up to—literally.

Suspended from the ceiling of the exhibit room is Oracle Team USA’s AC72 catamaran that won the 2013 America’s Cup in San Francisco. The massive, technologically advanced foiling catamaran is 72 feet long and 46 feet wide; it is the largest object in the Maritime Museum’s impressive collection.

“As Speed and Innovation in the America’s Cup enters its second season, visitors and staff are realizing what a ground-breaking experience it is,” said Lyle Forbes, longtime chief curator at the museum. “Most people’s first reaction when they walk into the gallery is awe. They are amazed at the size of the catamaran that won the America’s Cup. The second thing they ask is ‘how did you get it in the building?’ The exhibition focuses not only on Oracle Team USA’s amazing comeback story, but also the amazing science and technology behind the 72-foot-long catamarans that fly above the water at speeds around 50 miles per hour.”

The catamaran, donated by Oracle Team USA, is a true educational resource and wonder. Visitors learn about the science and technology that helped Oracle win the 34th America’s Cup. Visitors explore hydrodynamics to better understand how J-foil daggerboards lift the boat above the water’s surface and how the enormous wingsails power the catamaran to lightning speeds. They discover what it takes to be crew members on an America’s Cup catamaran. The exhibit also revisits the America’s Cup defense of 2013, recognized as one of the greatest comebacks in sports history.