Walter von Kanel Is All About Hard Stat 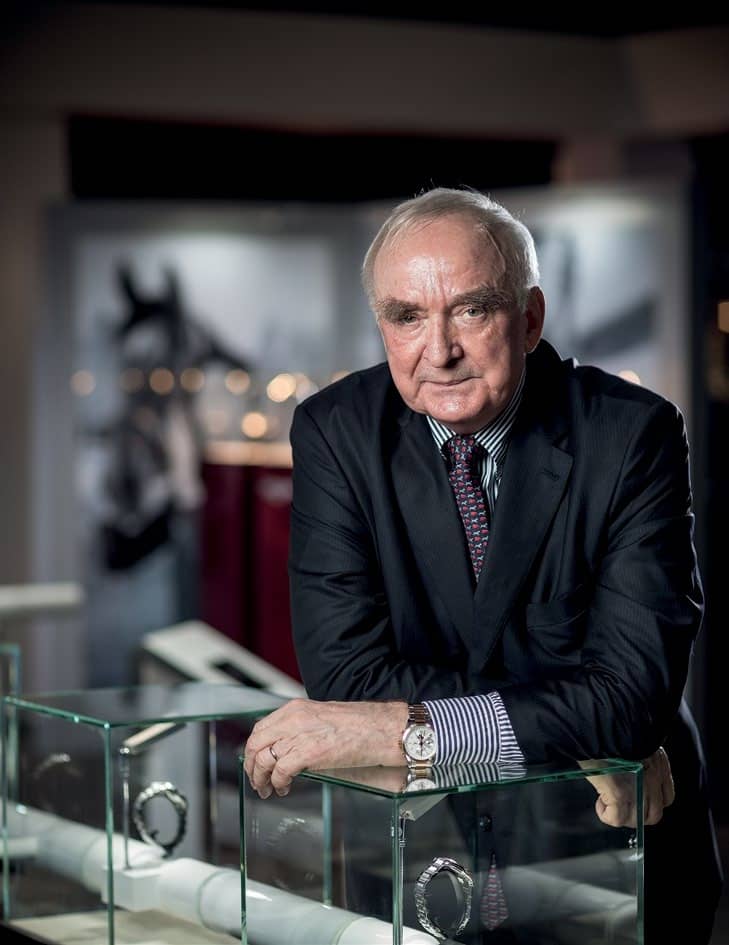 Move over, stories and sentiment. Driving one of the world’s biggest watch brands, this Longines veteran is all about hard stats.

Walter von Kanel is 78 years old, and in an unmistakable gesture that signals his analogue roots, the Longines CEO sits down for an interview at Le Meridien Hotel in Taipei armed with a thick sheaf of sales printouts. He frequently refers to them while discussing the launch of the brands’s new Master Moon Phase collection – “That is his computer,” his staff sitting next to him jokes. Von Kanel may prefer paper over digital tools, but his penchant for peppering his replies with hard numbers – many of which he rattles off from memory – makes it clear that he is as stat-driven as any hoodie-wearing, AI-wielding proponent of big data. It’s a quality that has helped the Longines veteran of 50 years make the brand one of the world’s biggest watch businesses. With some 1.5 billion Swiss francs (S$2.08 billion) in annual revenue, it’s the third best-selling Swiss watch brand globally, after Rolex and Omega.