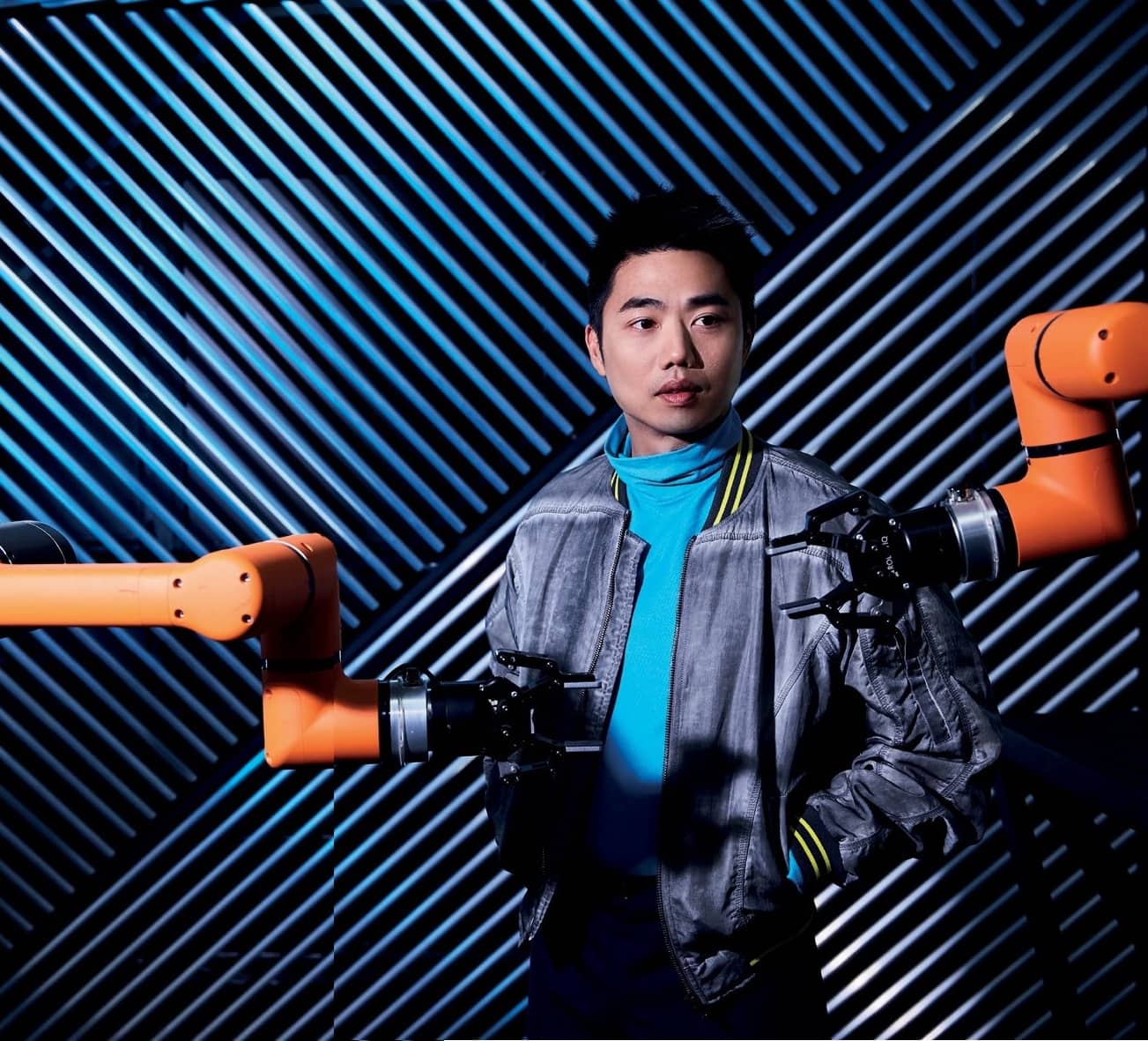 Derrick Yap never imagined that he would join the family business and, once he did, couldn’t have envisioned how a company making ball bearings could evolve into one leading the way in fancy tech and robots. But none of these were happy accidents. Yap embraced the grind and fought for the change we’re about to see in the world.

Industry 4.0. Motion control systems. Robots built to work alongside humans. Precision modular assemblies. These are all exciting technologies and terms that are changing the way the world literally works, and yet South-east Asia’s premier enabler of these buzzwords is headquartered in a spectacularly dull 60,000 sq ft building in Yishun Industrial Park that is as unmemorable as its industrial neighbours. It sure didn’t look like a place where Jetsonsstyle dreams incubated.

But PBA Group’s Derrick Yap isn’t fussed. He’s too excited about the facility the group will move into next year. “It’s going to be in a really, really cool setting,” the CEO enthuses. “We want it to be a place where our staffcan work and play, as well as house all the startups and companies we have invested in. Think of it as a Sim Lim Centre for robotics.”

At 280,000 sq ft, PBA’s new headquarters in Cleantech Park will be four times as large, and Yap is making sure everyone has a say in the type of facilities it will hold. Things in the works so far include accommodation, a hydroponics farm, yoga areas and plenty of room for work and testing. “We’re also going to have a coffee barista robot and maybe a robot that will make bak chor mee.” All of this will be housed in a building that the whole team agreed should look “like Blade Runner meets cyber punk.” Now, that’s more like it.

But it isn’t his fault the company’s current research and development hub isn’t a Googleesque wonderland. PBA today stands for

It was Yap’s father Tony who started PBA 30 years ago, as a business that dealt primarily with the distribution of ball bearings. Presently, PBA takes care of 30 companies in 10 countries, and has grown its workforce from 50 to 500.

Yap didn’t have explicit plans to join the family business, especially since his school holidays were spent helping out with menial tasks like packing. During the short break he had between finishing junior college and entering National Service, his father shipped him offto one of their factories in a rural part of Hokkaido to learn the ropes of steel manufacturing. “He didn’t even pay me in cash,” Yap recalls. “I was given food stamps and there was only one department store I could use them at to get groceries.”