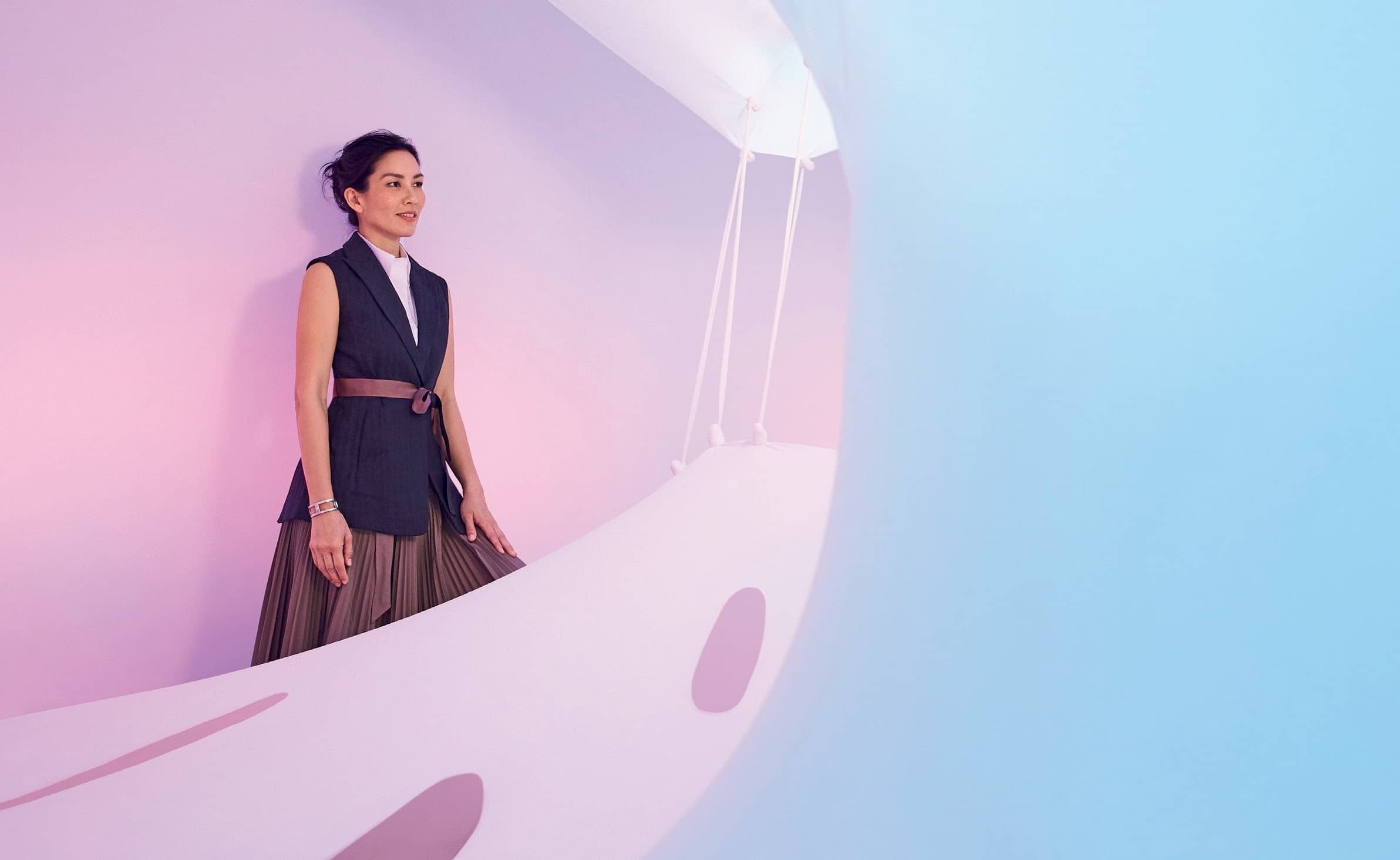 It was a humble cardboard box that sparked her eureka moment. When architect Ong Ker Shing’s older son, Leo, was about three, he was gifted a fancy toy car. But it was the packaging that enthralled the child. “That box stayed in his room for months.

We kept asking him, ‘Why don’t you play with the car?’ and he said the box was so much more fun because it could be anything – like a lorry or a house,” says Ong, one half of the husband-and-wife duo behind Singapore-based multidisciplinary design practice Lekker Architects. “It became very clear to us that when we make play spaces for kids, the object should be open to interpretation and abstract enough. You can’t give them too much or it becomes one-dimensional and limits its lifetime,” says the mother of a girl and two boys, aged two to 10.

She applied this insight to the design of The Caterpillar’s Cove Child Development and Study Centre, a preschool in Jurong East which features multiple elements to encourage creative play. The project, which Ong, 43, co-designed with husband Joshua Comarofffor NTUC First Campus, went on to win the President’s Design Award, Design of the Year, in 2015.

Further recognition followed. In 2017, she was profiled in the URA book 20 under 45, which showcased the works of 20 of Singapore's most promising architects under the age of 45. Ong's portfolio is diverse, spanning childcare centres, window displays, a cemetery park in China, private homes, and landscape design. While her projects are aligned with her areas of study at Harvard University – she has a BA in fine arts, as well as a master’s both in architecture and landscape architecture – her work is often inspired by those closest to her.

“You read about architects who go from small houses to bigger buildings; there is a progression. But when I look at the type of projects I’ve taken, it has really followed where I am in life,” she says. Her experience with children and Caterpillar’s Cove led to a book commissioned by the Lien Foundation focusing on 10 unusual sites that can be used for preschools.

Talking to Ong about her career is thus to delve into her personal life, from birth to death, and the joys and heartaches in between. In witnessing her father, a prominent surgeon, succumb to dementia, she has been spurred to examine the issues the elderly face in their daily lives. “There are aspects of dementia that are extreme ageing, in a way. I see in my dad a lot of issues such as those of perception, mobility and understanding the visual environment,” she says. “I think having lived through this stuff, it really makes you knowledgeable in these areas.”