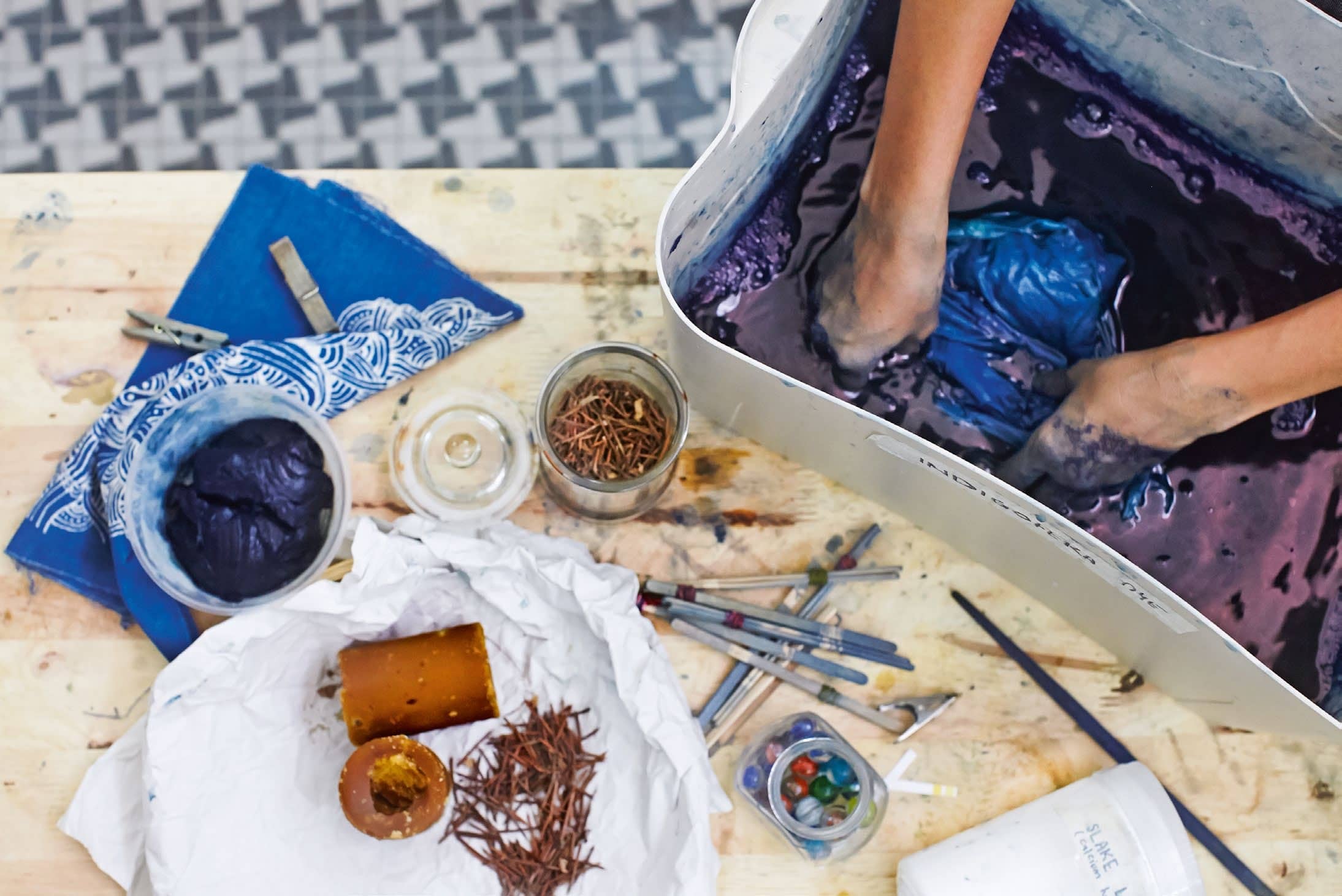 From a luxury that only few could afford to becoming an almost commonplace dye, indigo’s mark on history is irrefutable.

Nicknamed ‘blue gold’ at the height of its popularity, indigo dye has certainly left its mark in the textile industry as can be seen in its early popularity in Japanese, Indian, Egyptian and Ancient Mayan cultures. While the world has since seen a drop in demand for natural indigo dye, the resurgence of eco-friendly fabrics and ethical clothing entering the fashion industry have revived indigo fever lately.

Indigo is extracted from the Indigofera tinctoria and is characterised by its intense hue of blue and natural antiseptic qualities. Naturally occurring in tropical climates ranging from Australia, through South-East Asia all the way to most African countries, Indigofera tinctoria is just one of the 50 species of indigo-bearing plants that researchers have identified. Even with a plethora of genus indigo-bearing plants around the world, there is no single point of origin from where the dye was first created and utilised.

From lining the borders of Egyptian linen mummy cloth around 2,400BC to being worn beneath the armour of Japanaese samurai to keep bacteria away from their wounds, the dye has marked history with its presence. However, many believe that India was the main, if not biggest, producer of indigo dye made from the indigobearing genus and not woad, a flowering plant that produces a similar shade to Indigo. As the British opened India up to European trade, indigo cakes, or pressed Indigo, were delivered to many European countries.

“Two millennia ago, when dried indigo pigment was exported to Europe from India, it was reserved for paint and cosmetics. But a wonderful feature of indigo is that it will dye all kinds of fibres and this has made it a dye for the working person wearing practical fabrics as well as the dye for blues for luxury silks,” said Dr Jenny BalfourPaul, in an interview with The Peak. Dr Jenny has held a long time passion for the art of indigo dyeing with a career spanning over 40 years and three books to her name, Indigo in the Arab World, Indigo: Egyptian Mummies to Blue Jeans and Deeper than Indigo.