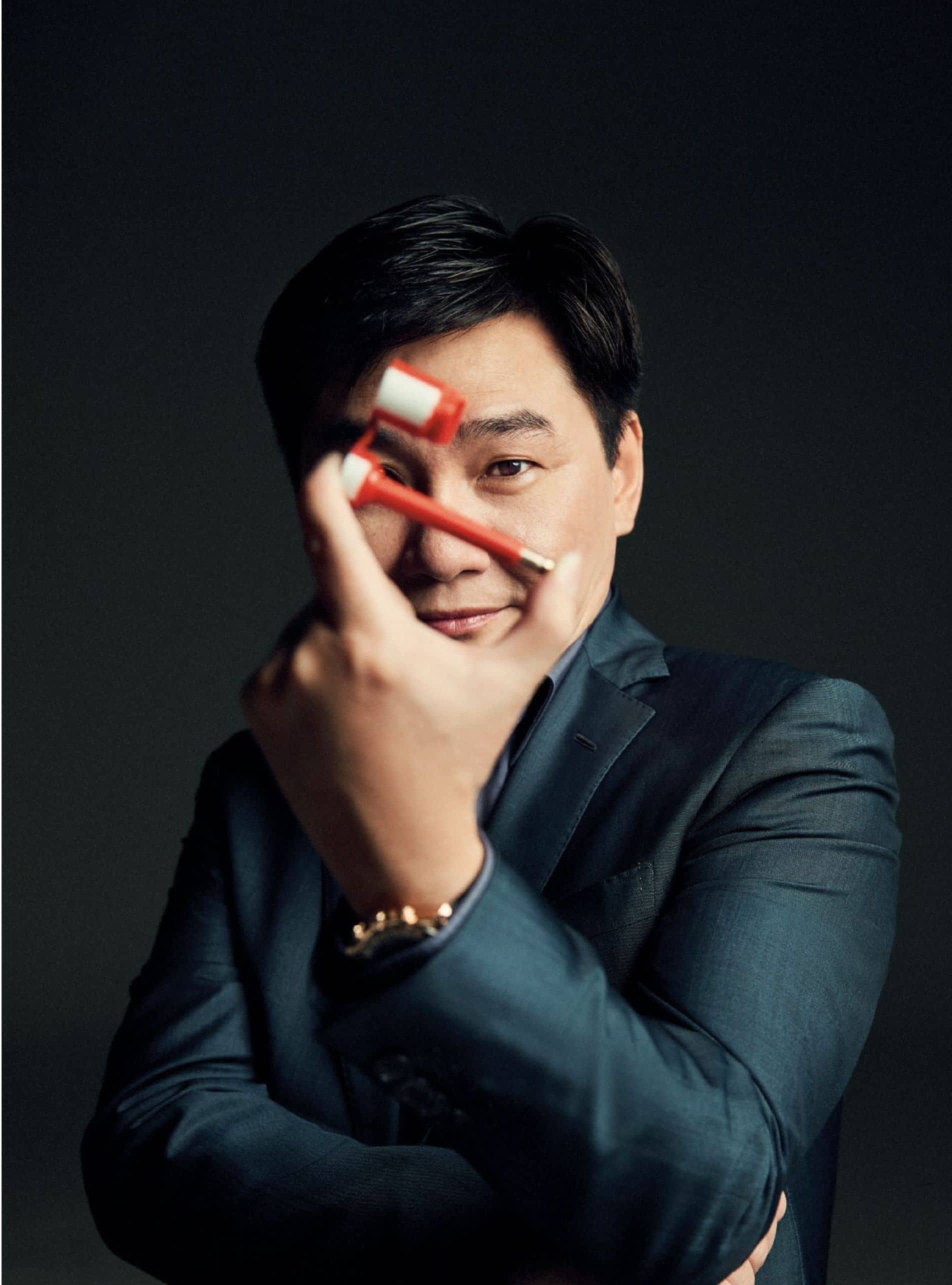 Small they may be but Mega Fortris Group’s security seals act as guardians for numerous companies as they ship their products across the world. Group CEO Adrian Ng, EOY Master Entrepreneur Of The Year 2017, tells The Peak how he and his brother transformed their fledgling family company into a global business that sells half a billion security seals every year – and how they plan to continue outsmarting would-be counterfeiters and black market operatives.

Renyi Lim
Most of us might not realise it, but we’ve probably benefited from Mega Fortris Group’s security seals in one way or another: when we’ve picked up a bottle of our favourite whisky, sent or received a parcel in the post, or even voted in Malaysia’s last General Election. “Security seals are a fascinating, under the-radar product,” remarks Adrian Ng, the company’s Group CEO. “Twenty years ago, not many people were aware of them but, by now, they’ve come to realise that our seals are unique products.

“They secure the integrity of any product against pilfering and tampering, so it’s a vital component of any supply chain. Yes, our products are simple, but their impact on our customers’ business are massive.” From its headquarters in Kota Kemuning, which houses a purpose-built manufacturing plant, Mega Fortris shifts half a billion security seals each year – a remarkable quantity that’s made them one of the largest designers and manufacturers of security seals in the world.

It needs to be emphasised that Mega Fortris Group’s achievements are an example of sibling collaboration done right: besides Ng, his elder brother, Dato’ Dr Nick Ng (who holds the position of Group Executive Chairman), has helped guide the company towards their shared vision of a global business. The two brothers grew up in Penang along Caunter Hall – now, of course, known as Jalan P Ramlee – in a large family of 14 children, which was supported by their father’s motor vehicle workshop. “All my siblings were very close, and the older ones would always take care of the younger ones,” Ng recalls.

After a stint with a Malaysian company to help build its security seals business, he realised just how significant the impact of these seemingly cheap, unassuming, one-time use items was, and he approached his brother with a business proposal. “I believed right from the beginning that my elder brother – being more experienced in business – would provide important input to get this idea off the ground. Initially, it wasn’t easy to convince him to see the viability of a business based on selling items priced at a few sen each!

“It took a while – and some persistence – before we worked out a plan together to take on the opportunity, but he proved to be a marvellous business strategist and a great mentor to me.” Despite their 15-year age gap, the brothers have steered the company to success (even through rough patches like the 1997 Asian Financial Crisis), as affirmed by corporate advisor Gin Lai: “This is a great example of best of yin and yang. They’re very different in personality – right down to their individual working styles and dress sense – but they have diverse strengths. The magic has been in their ability to feed off and grow on each other’s strengths.”

Although Mega Fortris Group now boasts an impressive client roster of thousands of customers, Ng remembers all too well how difficult those first years were when the company took its first steps in 1996. “We had only one product, no facilities – nothing. To tell a potential customer that our product was security-conscious – well, it took a lot of convincing to get that across. I remember driving 400km to the middle of nowhere, just to get an order for 2,000 seals from a palm oil estate.