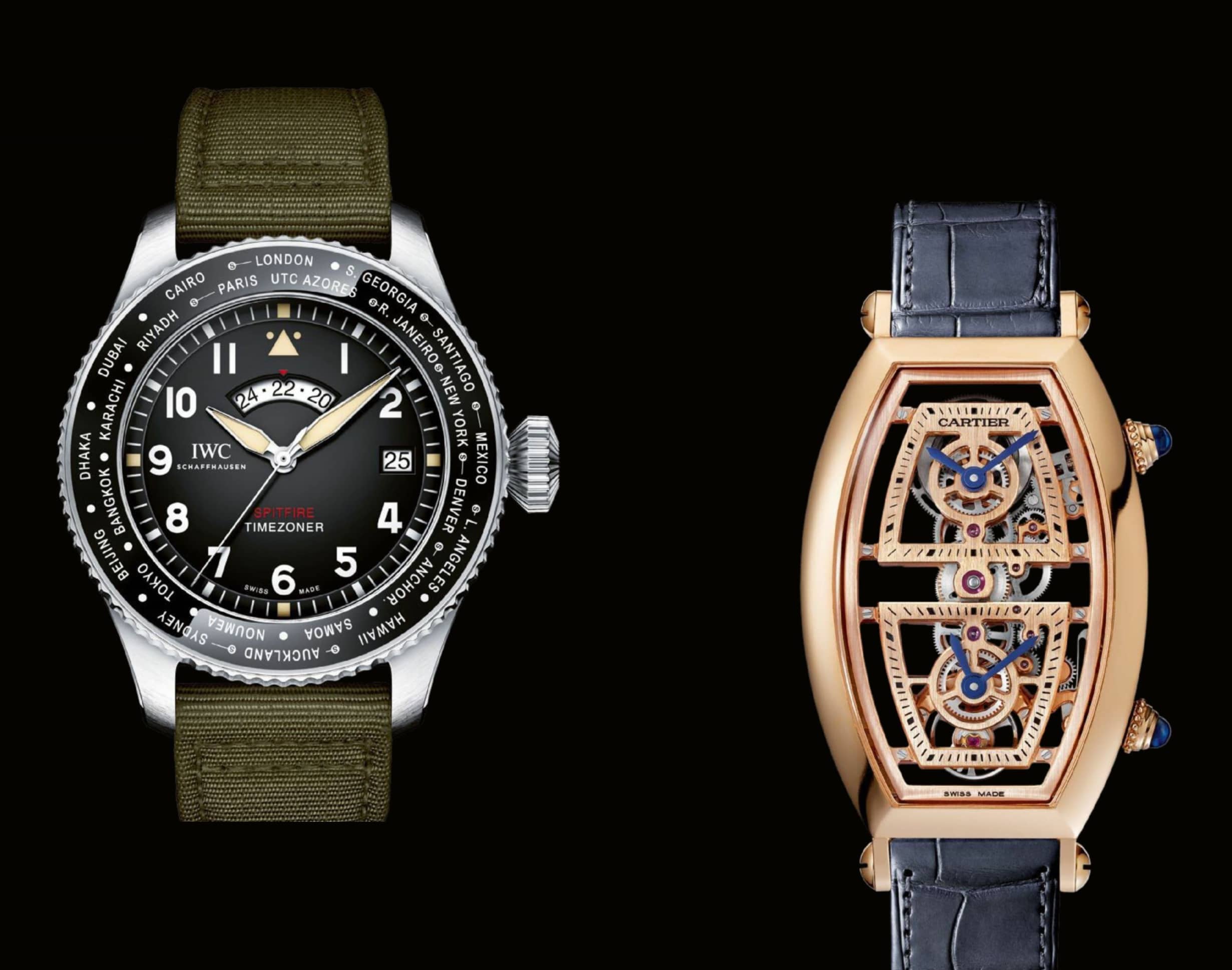 As we head to the Salon International De La Haute Horlogerie (SIHH) this month, here’s an advanced look at some of outstanding timepieces that will cause a stir at one of the world’s biggest watchmaking fairs.

After celebrating its 150th anniversary last year at SIHH with a collection of the most gorgeous lacquered dials we’ve ever seen, IWC is back to its original format of focusing on a single collection within the brand. And this year, much to our excitement, IWC will be showcasing a wide variety of Pilot’s watches in Geneva. One of the pre-SIHH models that have got us anticipating the show is this Pilot’s Watch Timezoner Spitfire Edition "The Longest Flight".

There are just so many things to love about the watch. The fact that it celebrates the Spitfire, an airplane designed by Reginald J Mitchell and one that is pivotal in British aviation history is enough to get any aviation fan excited. But for this 250-piece limited edition, the watch pays tribute to "The Longest Flight" – a project undertaken by pilots Steve Boultbee Brooks and Matt Jones to fly a Spitfire around the world. As this watch was built to accompany the pair as they fly, it is a world timer watch, meaning it can be set to different time zones simply by rotating the bezel.

Unlike most worldtimers that can get quite messy when it comes to reading the time, the IWC Pilot’s Watch Timezoner uses a rotating disc beneath the dial for the 24-hour display, making it much easier to read. The watch is powered by the newly developed 82760 IWC-manufactured calibre that has a Pellaton winding system (offering bidirectional winding) with components made from ceramic.