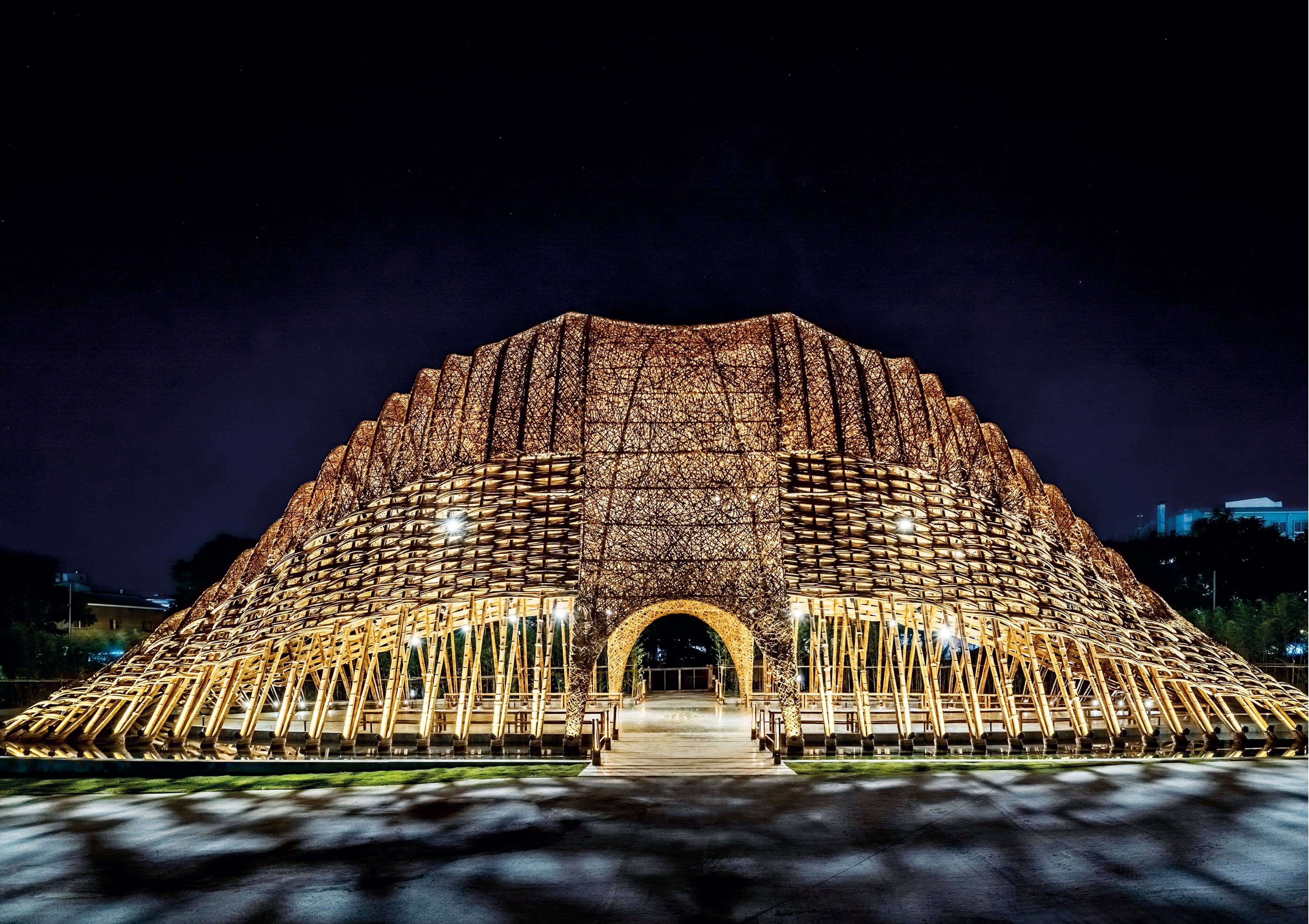 Our selection for the best in design marry form and function in outstanding conception and detail. Some have already gained accolades at the Red Dot Design Awards 2019, while others are quite simply stunning in creation. 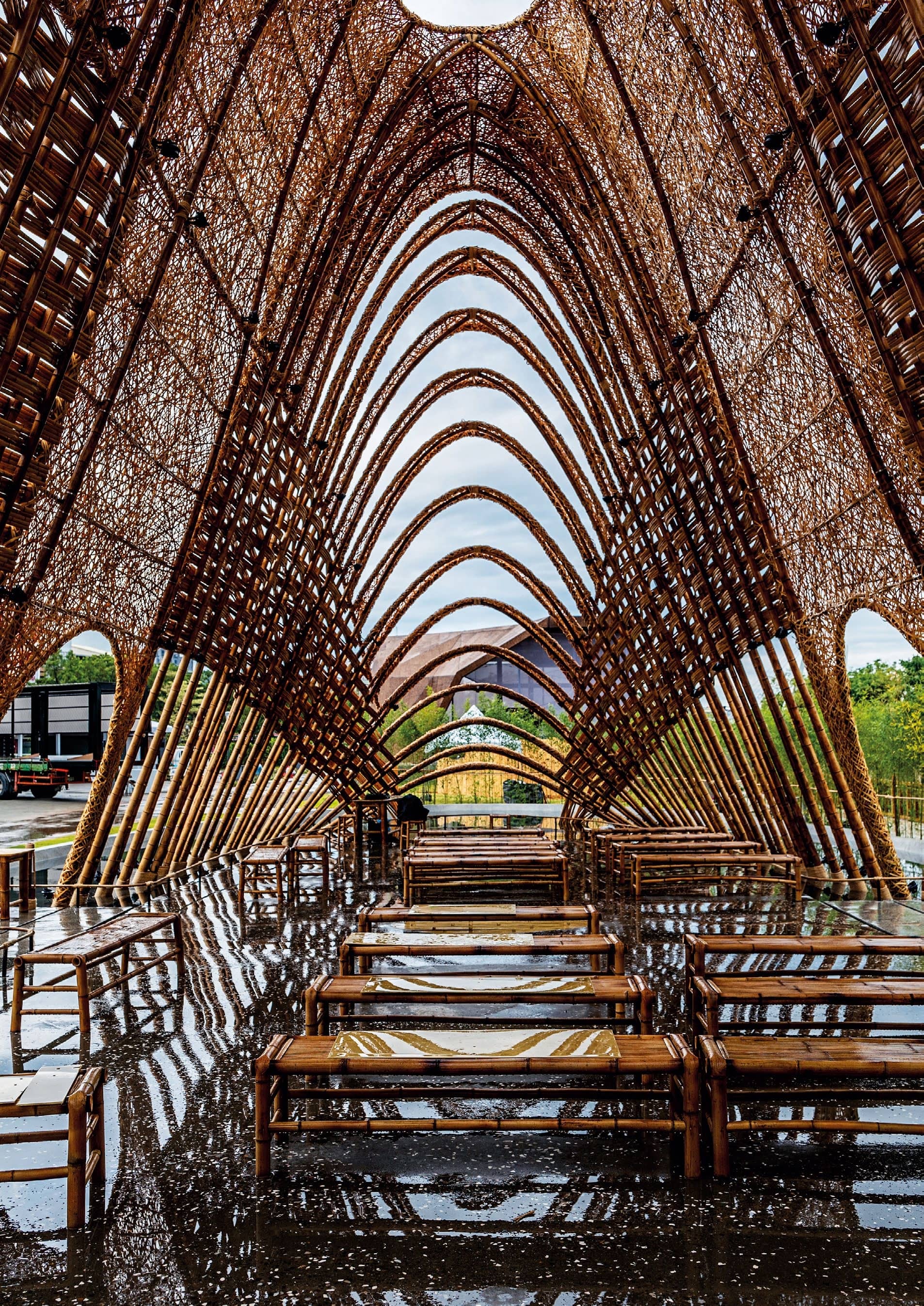 The award-winning Bamboo Pavilion at the World Flora Exposition in Taiwan won a host of prizes last year for its environmentally conscious, carbon-reducing design, no doubt inspiring others to follow suit. Spearheaded by Taiwan’s Taichung Real Estate Development Association and conceptualised by Zuo Studio, the inspiration for the pavilion came from their native country’s central mountain range, with its main frame built with a combination of Moso and Makino bamboo. The design encourages visitor immersion and promotes a sense of Zen through the appreciation of all of Nature’s elements – when looking up, they can see through the structure into the sky, while its lighting design creates a Chinese bamboo lantern effect highlighting the pavilion’s intricate weaving. Even better, the structure in its entirety was built with less than MYR6,000! zuostudio.com 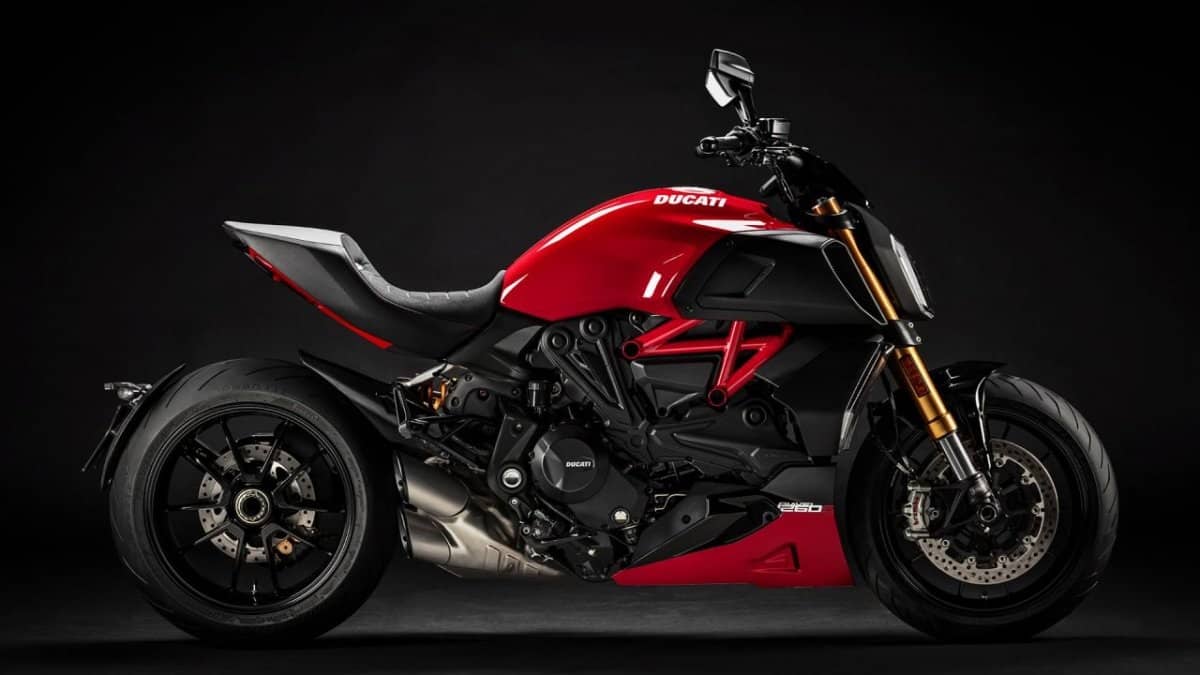 The need for speed sees the Diavel 1260 adding the 1260S into its stable this year. The new, striking colours of red and white, and total black highlighted by a stunning red frame promise a thrilling ride. Its stunning good looks remain unchanged, combining the performance of a maxi-naked bike with all the creature comforts and ergonomics of a cruiser. An imposing front and extra-large 240mm rear tyre add action hero heft to the 1260 while the new S version features fully adjustable suspension on front and rear, a fortified braking system and dedicated wheels. Your ride is powered by the 159hp Testastretta DVT 1262 engine for sizeable torque at low rpm and bad boy performance at higher rpm. ducati.com 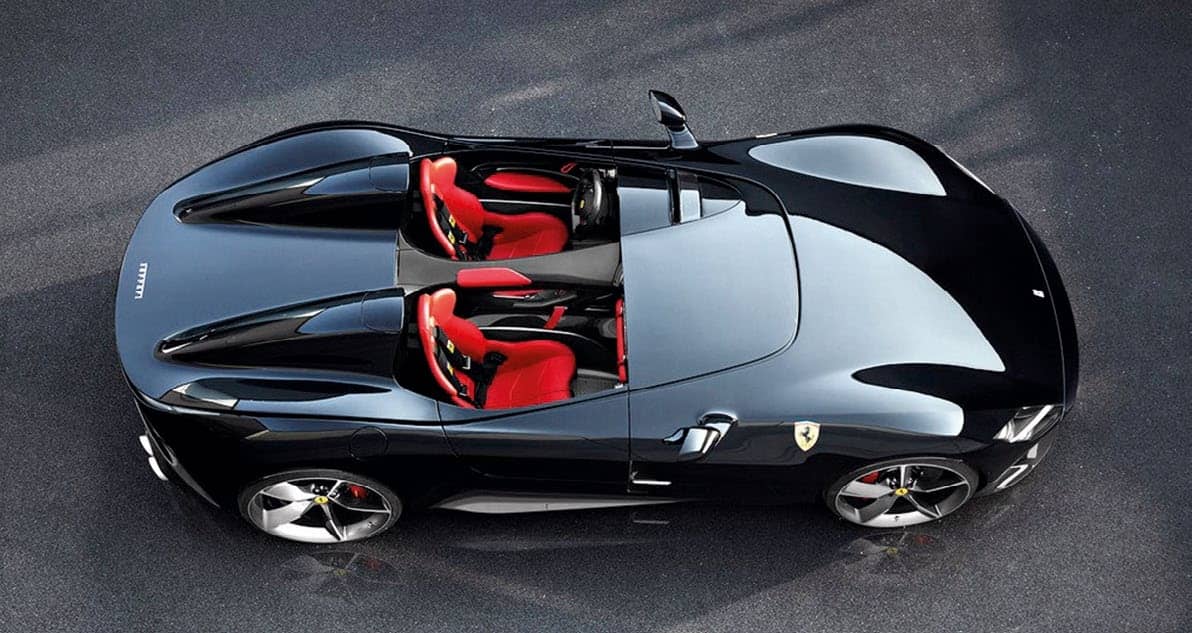 The Ferrari Monza SP2 takes off where the SP1 left off with its distinct black and red livery while zooming in on the series’ status as the first in the line of Icona limited editions. Its design language is firmly rooted on racing, inspired by classic 50s Ferrari Barchettas. Yet, the SP2 is never nostalgic in its reincarnation, with the most obvious homage being its striking scooped side air vent. The wing profile volume in its all-carbon-fibre bodyshell is split into two parts, allowing the rear of the car to feel lighter and creating a floating effect for the upper shell. Interior-wise, single-piece carbon fibre seats are given tailored leather upholstery. Instrumentation is kept fuss-free so drivers can concentrate on driving. What drives the SP2? Ferrari’s most powerful V12 derived directly from the 812 Superfast. ferrari.com 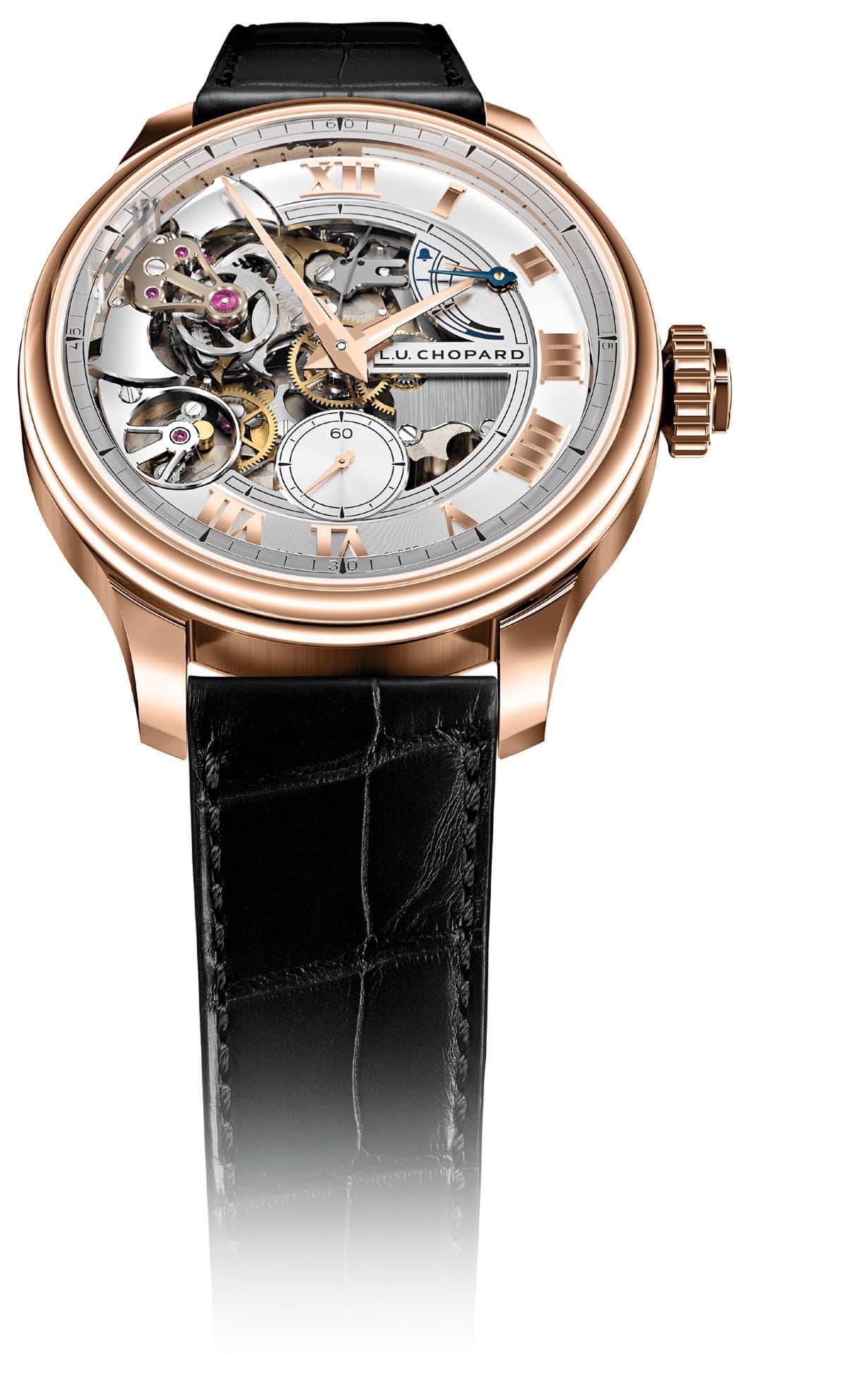 As commemorative timepieces go, Chopard certainly didn’t hold back with its L.U.C Full Strike. The watchmaker’s first-ever minute repeater marked the 20th anniversary of the Chopard manufacture, and is powered by its in-house Caliber 08.01-L, which took nearly 15,000 hours of development and the filing of three patents. A confident statement of how far Chopard had come in the world of haute horlogerie, the outstanding open-worked dial, and refined 42.5mm case in Fairmined rose gold also bears the Poinçon de Genève quality hallmark as well the industry’s recognition of the Aiguille d’Or Grand Prix, the most prestigious award of the Grand Prix d’Horlogerie de Geneve. chopard.com 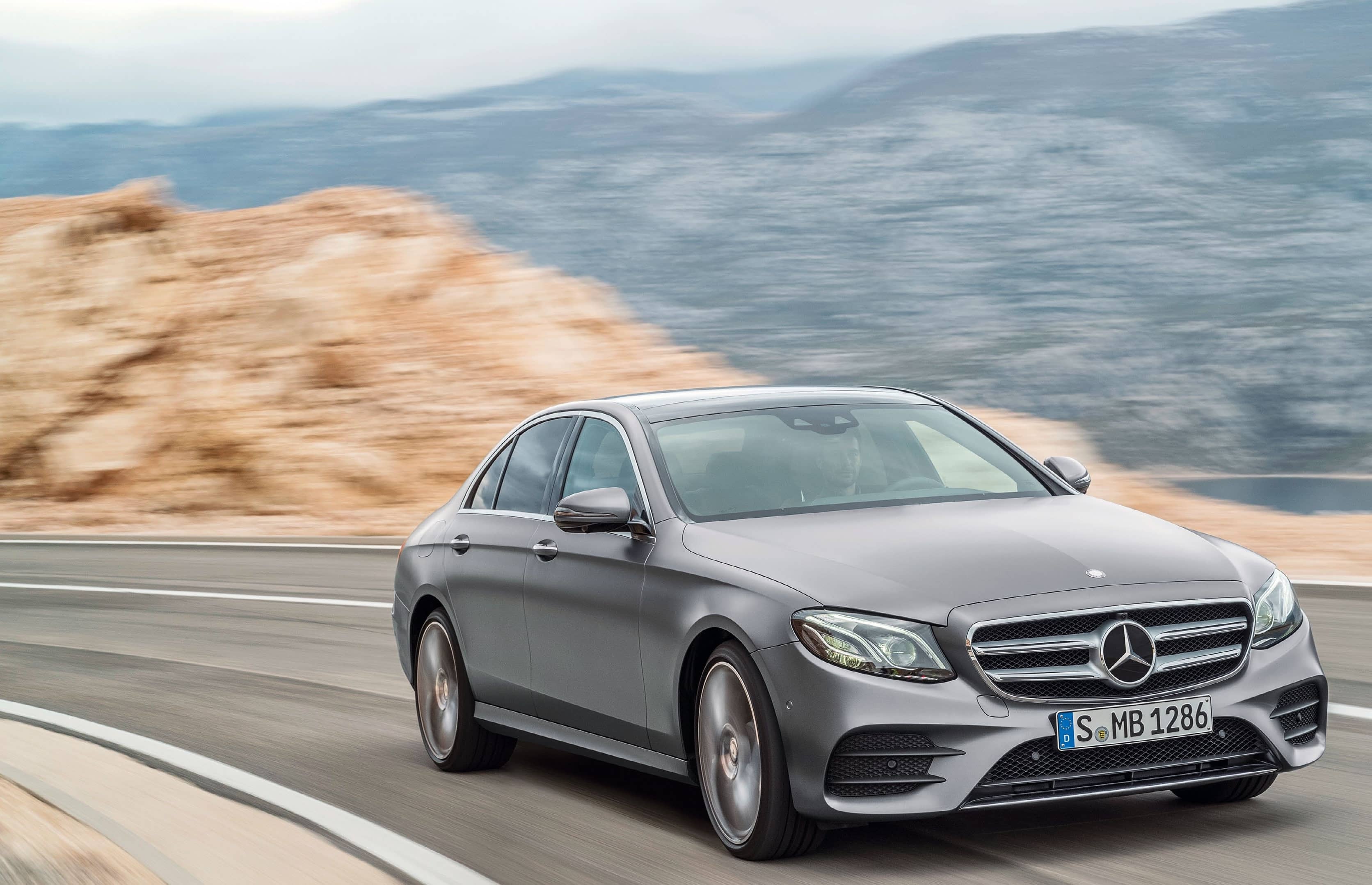