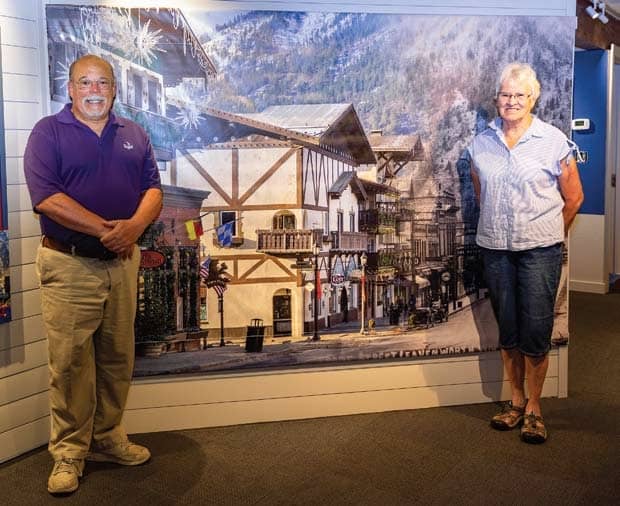 If the Greater Leavenworth Museum were a steam locomotive as seen in some of their exhibit photographs, its fuel would be the energy of a core of dedicated volunteers.

Not only did Matt Cade, Margaret Neighbors, Bobbi Ferg and other members of the Upper Valley Historical Society (UVHS) relocate their museum to a prominent downtown Leavenworth location, they also reimagined it from its previous River Haus space to its new layout that fosters chronological flow.

But like a train delayed from reaching the station, the Greater Leavenworth Museum has not been able to open its doors to the public due to the COVID-19 pandemic. After initially pushing the opening date from May to September, the new expectation is to open when Chelan County reaches Phase 2.

So what will visitors soon get to see?

This museum is dedicated to sharing the region’s rich and rugged past as well as the secrets of Leavenworth’s transformation into a premier tourist destination. It didn’t happen overnight. Success was not guaranteed; it was a huge gamble.

When entering the Greater Leavenworth Museum, a large photograph begins your journey through time. This image blends two photos of Leavenworth taken over a century apart. If you could step into that scene, you’d start on contemporary Front Street below the Bavarian façade and head toward the frontier past and Leavenworth’s roots as an outpost to industry. Icicle Ridge towers, steadfast, above it all.

The next large display area is dedicated to the Wenatchi, or P’squosa, the first people of the Upper Wenatchee Valley. Photos and artifacts showcase the Wenatchi’s usage of local flora and fauna, including camas roots and tule, salmon and deer.

“The current information serves as placeholders for now,” explained Matt. 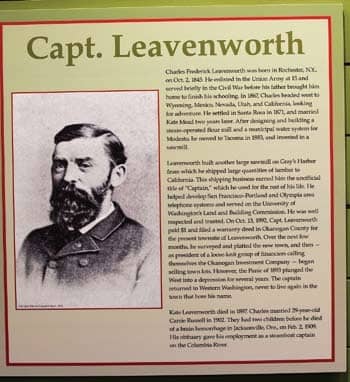 The museum is partnering with the Wenatchi tribe, making sure their story is not confined to the past. The exhibit will likely include story baskets, which have regional and family influences in terms of materials, tools used and designs. Contemporary baskets, made using traditional methods, link today’s artisans to their ancestors.