Sailing in the time of COVID-19 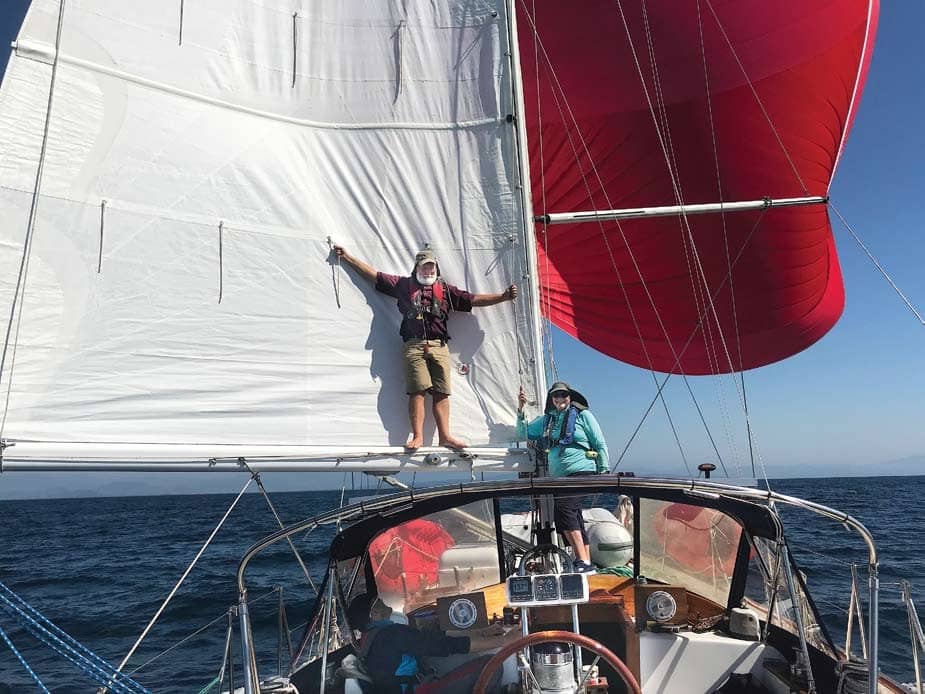 Editor’s note: In the March 2018 issue, Sharon Podlich wrote about how she and her husband, Chuck, retired from growing apples in Orondo, bought a 44-foot sailboat they named Top Cider, and went on a sailing adventure off of Baja, Mexico. They have continued sailing the past two winters.

Our 2019-2020 sailing season definitely ended much differently than we anticipated at our fall start.

Last October, we arrived in Chiapas, Mexico, excited to travel the coast of Central America, arrive in Panama in the spring and leave our boat there for the summer. We would return next fall and traverse the Panama Canal to start exploring the Caribbean.

The first portion of our travels went as predicted. We enjoyed stops in Bahia del Sol, El Salvador, and Puesta del Sol, Nicaragua. We had a great inland tour of El Salvador and Guatemala. We arrived in Costa Rica and spent time in the northern region until returning to our home in Orondo for the holidays.

We returned to our 44-foot sailboat, Top Cider, in late January and began our journey southward. By early February we realized we were not enjoying our travels. We recognized that something was just not right.

Several cockpit discussions later, we realized the goal we had been espousing for the last three years — crossing through the Panama Canal — was not really what we wanted to do. Somehow, this item on our bucket list was not really ours.

As we continued exploring the Costa Rican coast, we wrestled with our feelings about changing our stated goal. Eventually, we created a plan of how far south we would go and where we really wanted to end our season — back in Mexico.

We contacted friends who were scheduled to join us on the sail to Panama and informed them we would be heading north instead. They were game.

They came aboard in Quepos, Costa Rica and 12 days later they got off at Playas del Coco, Costa Rica. In between, we day sailed to anchorages, hiked to freshwater falls, visited small towns, saw monkeys, breaching whales and met some friendly, interesting Ticos (friendly slang for Costa Ricans).

Meanwhile, back in the US and countries around the world COVID-19 was starting to make its presence and potential devastation known.