I'm in luck: A Horned Lark in full display 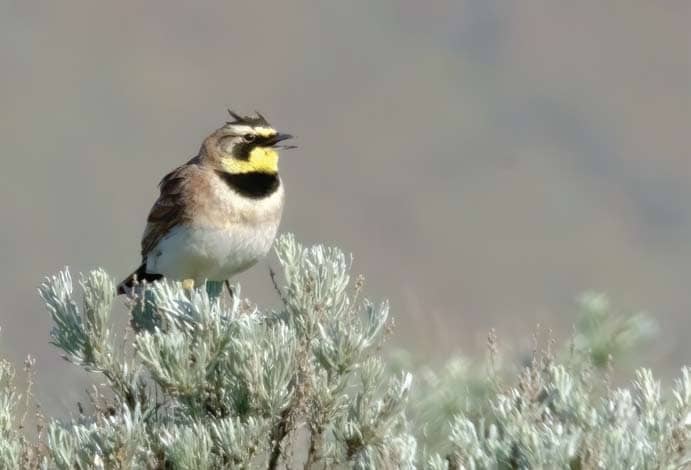 I saw my first Horned Lark when I visited the Columbia Wildlife Refuge with a friend many years ago.

Then, as a resident on the west side of the Cascades, the bird was new to me and my friend walked me through the ID process.

I leaned out the car window and snapped a few photos of the bird as it hopped around on the ground. As we prepared to move on, I reviewed the images on the camera’s LCD screen and showed them to my friend. His comment was, “Maybe we can find some that aren’t standing on cow pies.” Good idea.

I’ve learned since then that Horned Larks seem to prefer open areas such as plowed or stubble wheat fields or areas with short grass. The Audubon field guide says that they do well on overgrazed or abused land, which there is plenty of throughout the West.

Even though they are widespread in the continental United States and Canada, Horned Lark populations are in steep decline. The North American Breeding Bird Survey estimates a decline of 71 percent between 1966 and 2015.