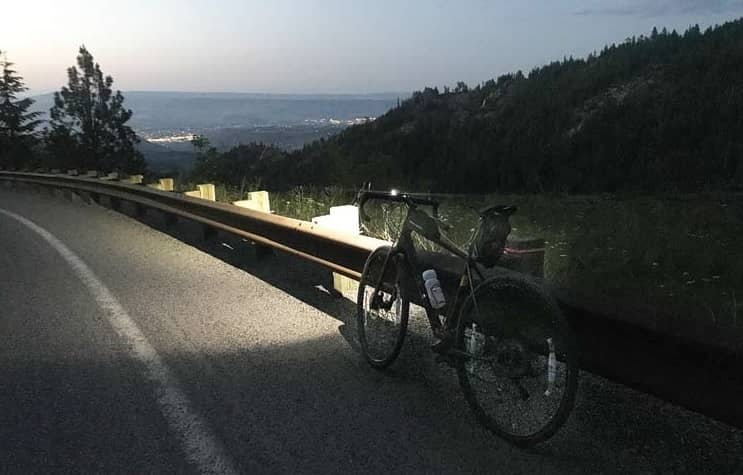 In this challenge, cyclists ascend the same amount of elevation as one would by climbing Mount Everest from sea level — in one continuous go

The empty sound of Coldplay’s lyrics chirped from my phone into the night as I reached the top of Mission Ridge Road for the 16th time.

The timing and appropriateness of words were serendipitous; I didn’t plan a playlist before starting my bike ride roughly 17 hours ago. Yet the lyrics captured how I felt so well that first I chuckled, then laughed, before letting out an exhausted sigh.

Then I began my descent back down the hill, knowing that I had at least a couple hours of riding left to complete my goal.

In 1924, George Mallory and Andrew Irving attempted to climb the world’s tallest peak, Mount Everest. Whether they summited or not is a matter of debate. The two were last seen roughly 800 vertical feet below the summit. Neither man survived their final summit push.

Exactly 70 years later, the grandson of George Mallory, also named George Mallory, recorded the first cycling Everesting ride by biking eight continuous laps up and down Mount Donna Buang. During the course of his ride, the younger Mallory ascended the same amount of elevation as one would by climbing from sea level to Everest, 29,029 vertical feet. The challenge of Everesting was born.

Since Mallory’s accomplishment in 1994, roughly 9,200 cyclists from 96 different countries around the globe have duplicated his feat.

The fastest recorded time to ride an Everest is currently 7 hours and 40 minutes, but most riders finish between 12 to 30 hours. My goal for the day would be just to climb that much while avoiding the three C’s (crashes, collisions or cardiac arrest).

There are a few easy to follow rules for Everesting: Any hill anywhere in the world may count as an Everesting ride, as long as the rider climbs enough feet to equal the height of Mount Everest. Taking breaks is allowed, but the attempt ends if you go to sleep.

Riders must focus on a single hill or mountain and descend the same way they rode up. This last one is to prevent “kinetic gain,” which might assist with some of the climbing.

In the early hours of July 5 at 3 a.m., I parked my car at the Squilchuck parking lot and began my first lap up the hill towards Mission Ridge. I have ridden this road dozens of times in daylight, but it felt cold and unfamiliar in the dark.