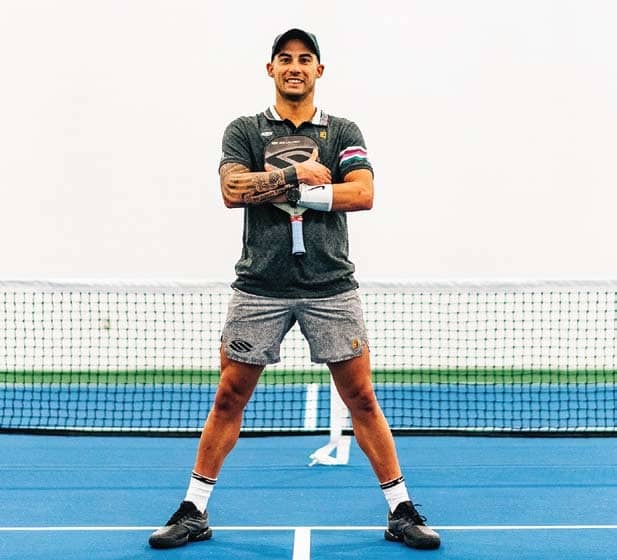 He was 12, and with his family’s athletic talent coursing through his veins, he used to sneak into the tennis courts of Darnell’s Resort in his old hometown of Chelan, and paddle a pickleball around, until the owner or the security staff would boot him out.

The years that followed brought state appearances in wrestling and state titles in tennis, always representing the Chelan Goats.

Now at 30, Tyson is writing another chapter in his sporting logbook, one that has him coming back to his hometown as host of an athletic camp next year, as part of his continued efforts to spread the gospel of his new passion: Pickleball. Where? At Darnell’s.

“The owner still remembers me as a 12-year-old trying to sneak in,” Tyson said.

Tyson, now living in Idaho, travels the nation competing as a professional pickleball player, having achieved extraordinary heights. He’s ranked among the five top pickleball players in the world.

Quite the feat for a guy who once felt way out of his element with a pickleball paddle in his hand.

About five years ago, Tyson was working as a tennis pro in Yakima, and one of his clients blew out his shoulder and took up pickleball instead. Tyson says the man, then in his mid-60s bugged him nonstop to join him.

“I was pretty consistent with my answer, ‘There’s no way I’m going to play that rinky-dink, backyard sport.’ Six months later, he relented and tried pickleball at an aging YMCA court with occupants to match.