A Room At The Top 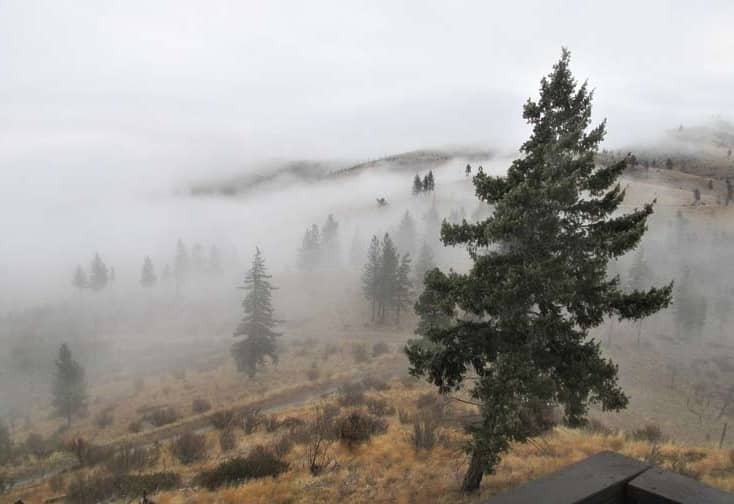 Fire lookouts are an important part of Washington State history.

Since the first one was built on top of Mount Pilchuck in the Western Cascade Mountains in 1918, some 750 lookouts were constructed on mountain peaks and high ridges across the state to help spot forest fires. Many were built by the Civilian Conservation Corps (CCC) in the 1930s. A few were even used during World War II to try to spot enemy aircraft.

These lookouts were usually manned in the summer, and some famous writers spent a few seasons living at them.

Beatnik author Jack Kerouac wrote The Dharma Bums while a resident at the Desolation Peak Lookout in the North Cascades, and Zen Buddhist poet Gary Snyder worked at both the Crater Mountain and Sourdough Mountain Lookouts above the Skagit River.

No lookout is more dramatic than Three Fingers Lookout near Darrington, located at the tiny top of a 2,000-foot mountain wall and accessible only by crossing a glacier, scrambling up steep rocks, and climbing some ladders to reach it.

But as aerial reconnaissance by planes, helicopters, and even drones have improved the technology for spotting forest fires, the use of fire lookouts has declined sharply in the last 40 years.

Many were abandoned, torn down, or destroyed by lightning or fire, and very few are manned any more. Now only 93 remain in the state, and only three are in Chelan County: Alpine Lookout on Nason Ridge, Tyee Mountain Lookout, and Steliko Point Lookout.