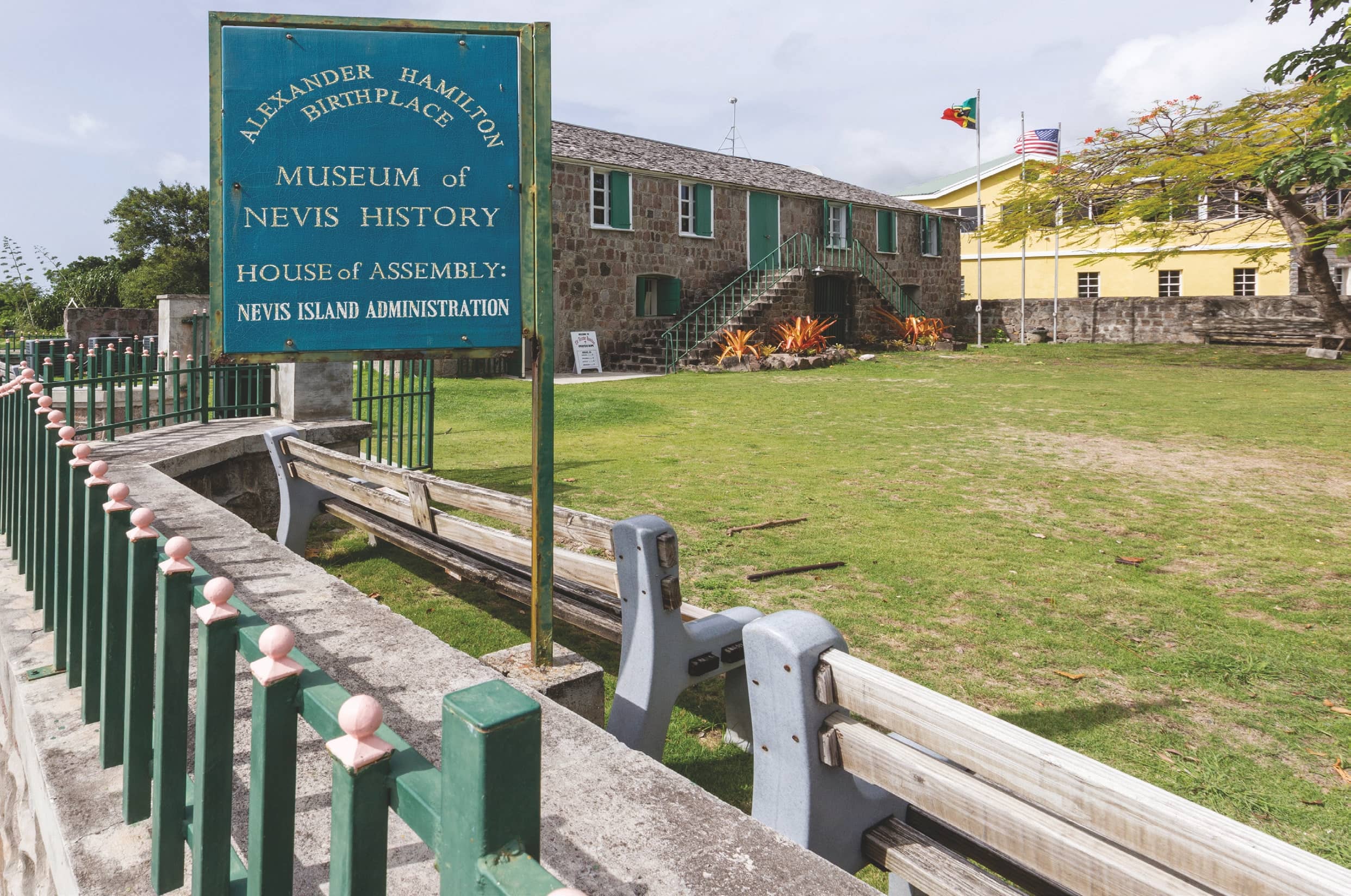 A few years ago, the fact that an island was the birthplace of Alexander Hamilton would have elicited very little excitement.

But since the advent of the hit Broadway musical “Hamilton,” Nevis is a must-see destination. The very first line of the musical leads you here: “How does a bastard, orphan, son of a whore and a Scotsman, dropped in the middle of a forgotten spot in the Caribbean… “ That spot would be Nevis, but more on that later.

Nevis is the baby sister of St. Kitts, two tiny islands in the West Indies. St. Kitts is the more outgoing, gregarious of the two; Nevis, more shy and retiring. Whereas I won $100 at a casino on St. Kitts, the only things worth counting on Nevis are an assortment of goats, sheep, donkeys and monkeys. Lots of monkeys. But Nevis has a recent suitor – the aforementioned Hamilton - who is making her irresistible to throngs of tourists.

Before Hamilton brought history and fame to the island, that position was held by old sugar mill plantations. Sugar cane was king in the 17th-19th centuries, and what remains of several of the plantations are now housing all those Hamilton-seeking throngs.

The Nisbet Plantation, the largest of the lot, has its own claim to history. Here, Captain Horatio Nelson (later, Admiral and Lord), a British Naval hero, met Frances Nisbet, the daughter of the plantation owner. The wedding took place in 1787 at nearby Montpelier Plantation, also on our itinerary. But Nisbet, where remnants of the 18th Century plantation windmill greet you upon arrival, has its own wedding tradition: if you get married on the property - and there are few more beautiful settings - they plant a coconut tree with your names on it. And you’re welcome to come back and visit any time. How’s that for a marketing ploy?