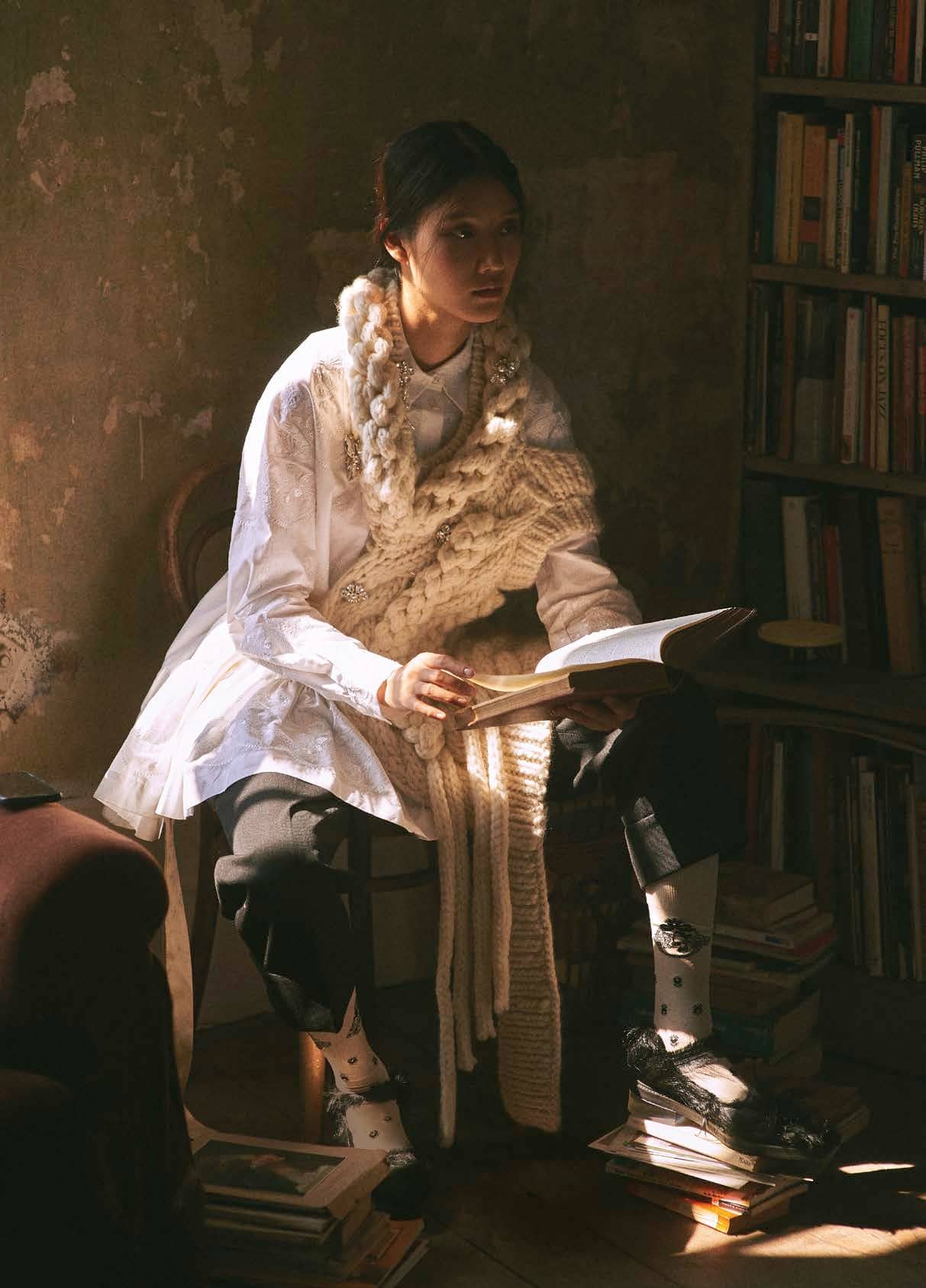 Simone Rocha remembers cramming into Hong Kong’s trams with her extended family every Easter to visit the hilly cemeteries, where she laid cigarettes, ginger cake and tea in front of her grandparents’ headstones. Easter usually coincides with Ching Ming, the Chinese “grave-sweeping” holiday when people pay respect to family members who have passed away, and the 34-year-old designer would fly in from London, where she lives, for this sacred tradition. “We’d speak to [her grandparents], have whole conversations with them, then head down and have a large lunch,” says Rocha, smiling at the memory.

The idea of ceremony, be it confirmations or even funerals, is a constant source of inspiration for the Irish-Cantonese designer, who draws references from both sides of her heritage. One might never know Rocha had roots in Asia, given her heavy Irish accent. For an interview over Zoom, she wears her customary all-black uniform, her hair swept into a side ponytail and her large, round eyes looking serious. The books on a shelf behind her include titles by the likes of Seamus Heaney, Francis Bacon and Picasso. 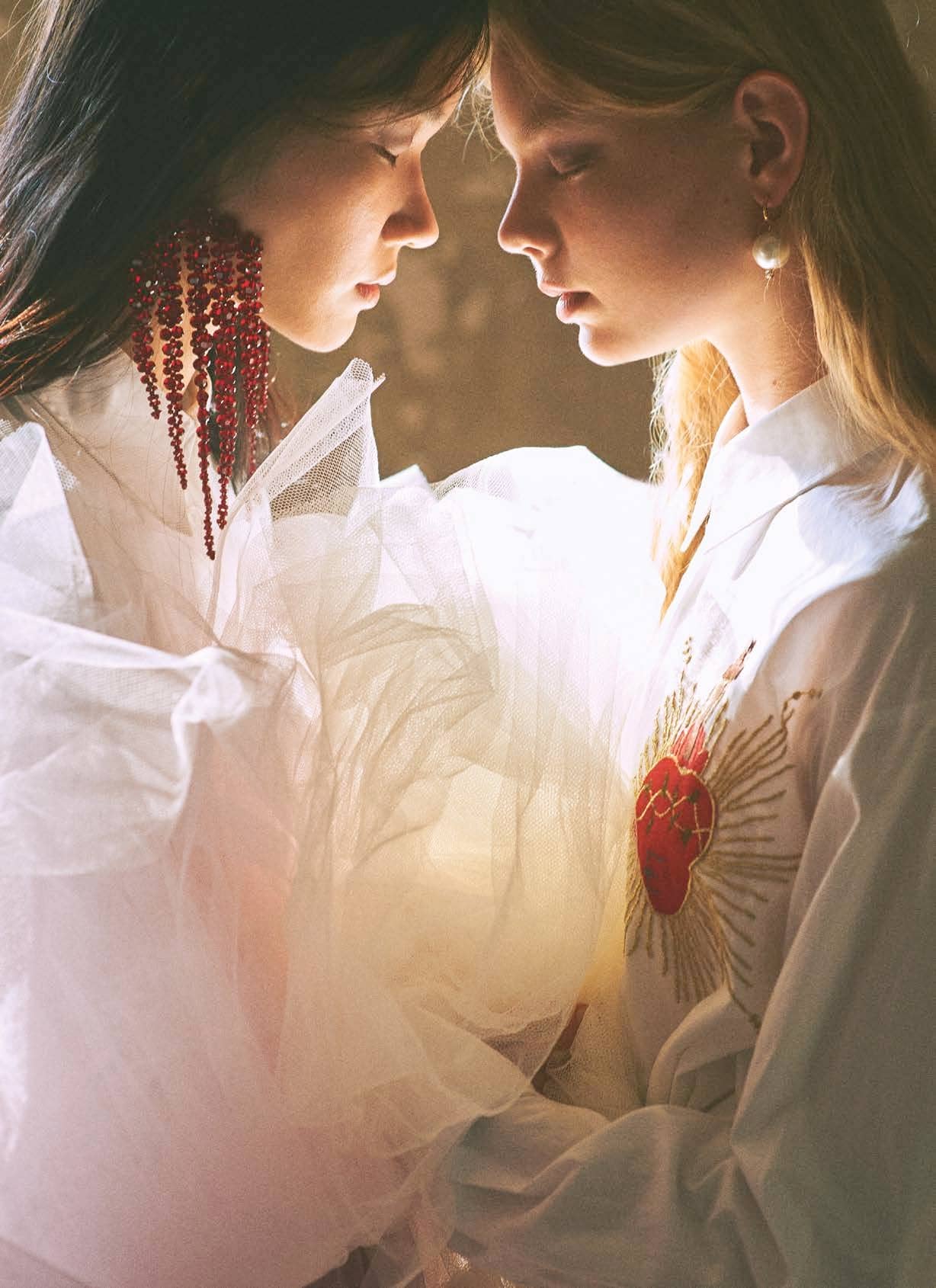 “I always need to feel something in order to create the work,” she says. “It ends up being subjects that can sometimes be disturbing or that I find harrowing so that I can take that weight and work it into this idea of femininity.” Her eerie-pretty aesthetic, in which elements of the macabre are woven into frothy confections, has earned Rocha renown since she launched her label a decade ago. She was a finalist for the first LVMH Prize in 2014 and was named womenswear designer of the year at the 2016 British Fashion Awards. A typical design might contrast a surface of almost Victorian formality—a ruffled bib, vaporous tulle and strings of pearls affixed to organza gowns—with a layer of ravaged swaths of cloth or red crystal earrings made to mimic drops of blood.

“The balance of the hard and soft, good and evil, romantic and hurtful, that’s what I find most stimulating, because nothing is one-note in life,” she says. 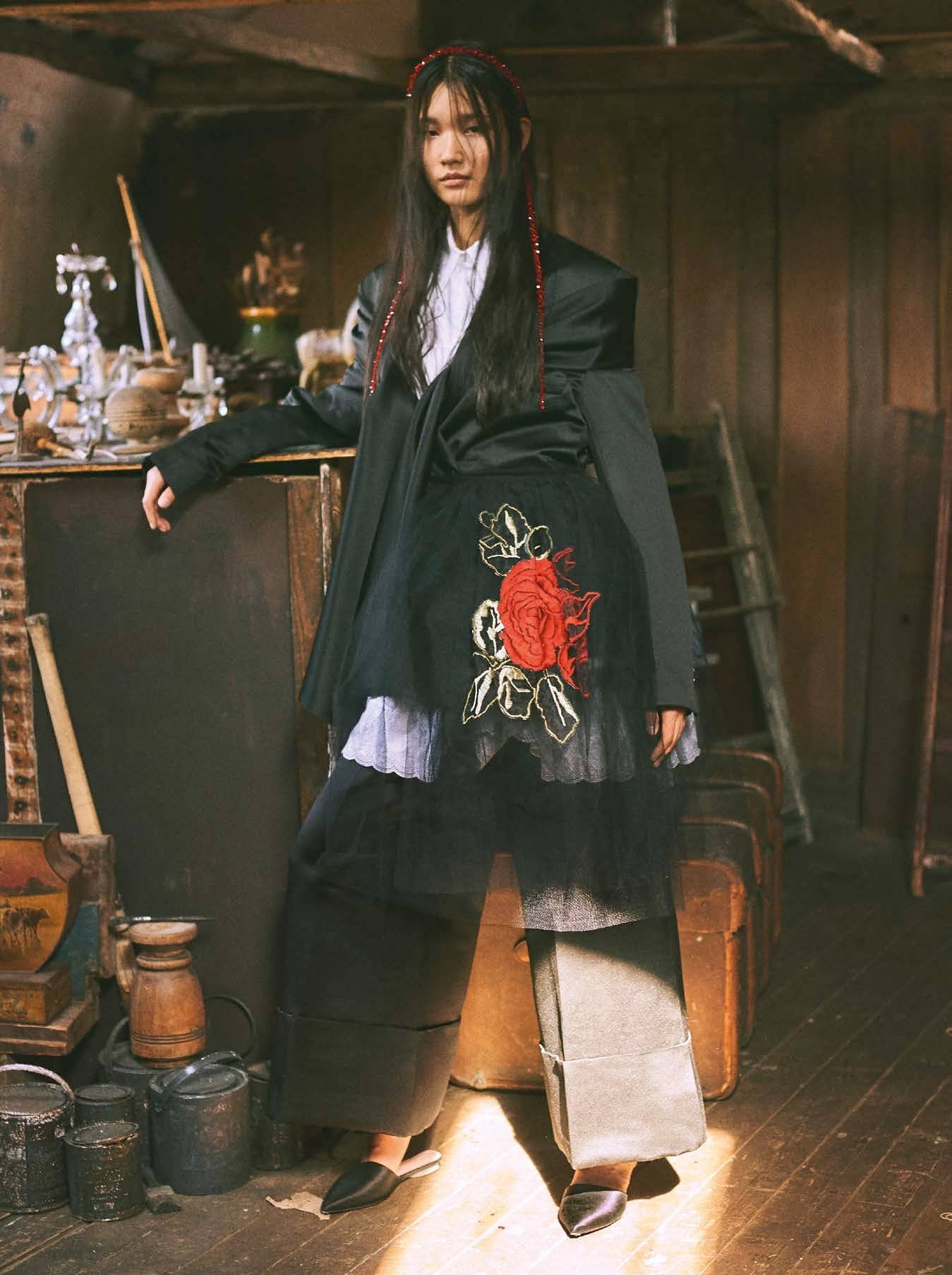