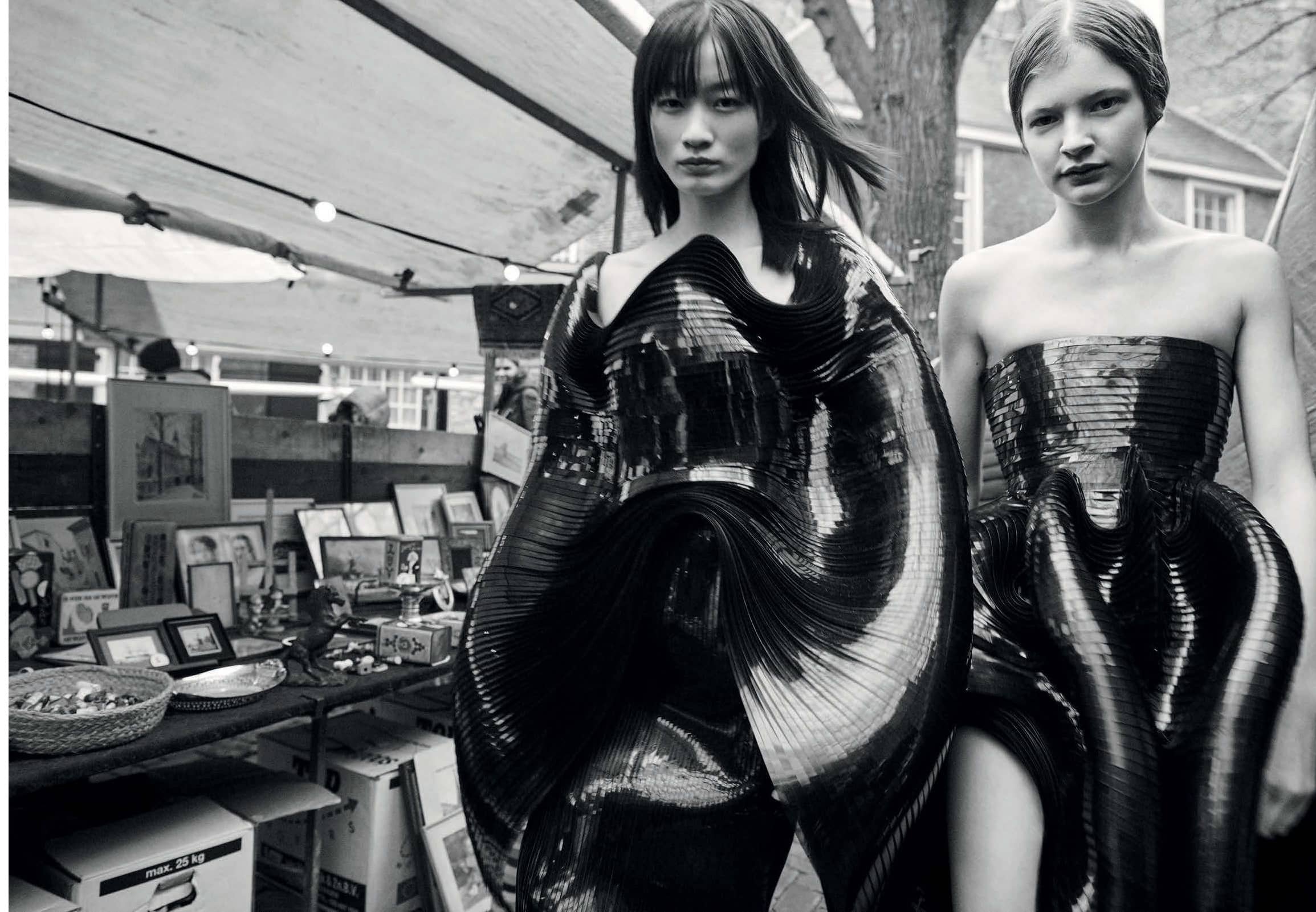 Rosana Lai
From across the bridge, a jumble of sinister, inky snakes seemed to be writhing around the model, en-snaring her thin frame as she teetered on the edge of an Amsterdam canal. But she was not in any immediate danger of suffocation, because on closer inspection, the snakes were, in fact, folding acrylic tubes made to imitate a serpent—and also, according to the designer, to evoke the mental shape of confusion. Such is the poetic and sometimes unsettling power of an Iris van Herpen dress.

On a squally Monday morning I visited her atelier, located next to Amsterdam’s Centraal Station overlooking the IJ river and nestled in a nondescript building occupied by other fellow craftsmen like a piano maker. Based on her reputation for melding cutting-edge technology with traditional couture techniques, I had expected to see industrial fabric printers stationed everywhere, but there were no whirring machines in her brightly lit studio, just the quiet chatter of two assistants painstakingly glueing pieces of comma-shaped silicone onto tulle. The months immediately after a show are usually the calmest for Van Herpen, who recently vacationed in La Gomera in Tenerife to recharge. Dressed in a mohair jumper and black jeans, her long, slender face kept bare save for two dashes of eyeliner, she appears as willowy and unexpectedly beautiful as one of her dresses.

Hers is the face of innovation in fashion. In just a little more than a decade, the 35-year-old Dutch designer has become known for spinning daring couture that combines both experimental fabrics and unorthodox collaborations. Many fashion enthusiasts will have seen her pieces displayed in museums (her next exhibition is slated to open in 2021 at Paris’ prestigious Musée des Arts Décoratifs) or on eccentric artists like Bjork and Tilda Swinton. Few, however, actually know what goes into her fantastical designs, partly because she purposely operates somewhat outside the system, showing her collections in Paris at the haute couture fashion weeks, but residing and working in Amsterdam. 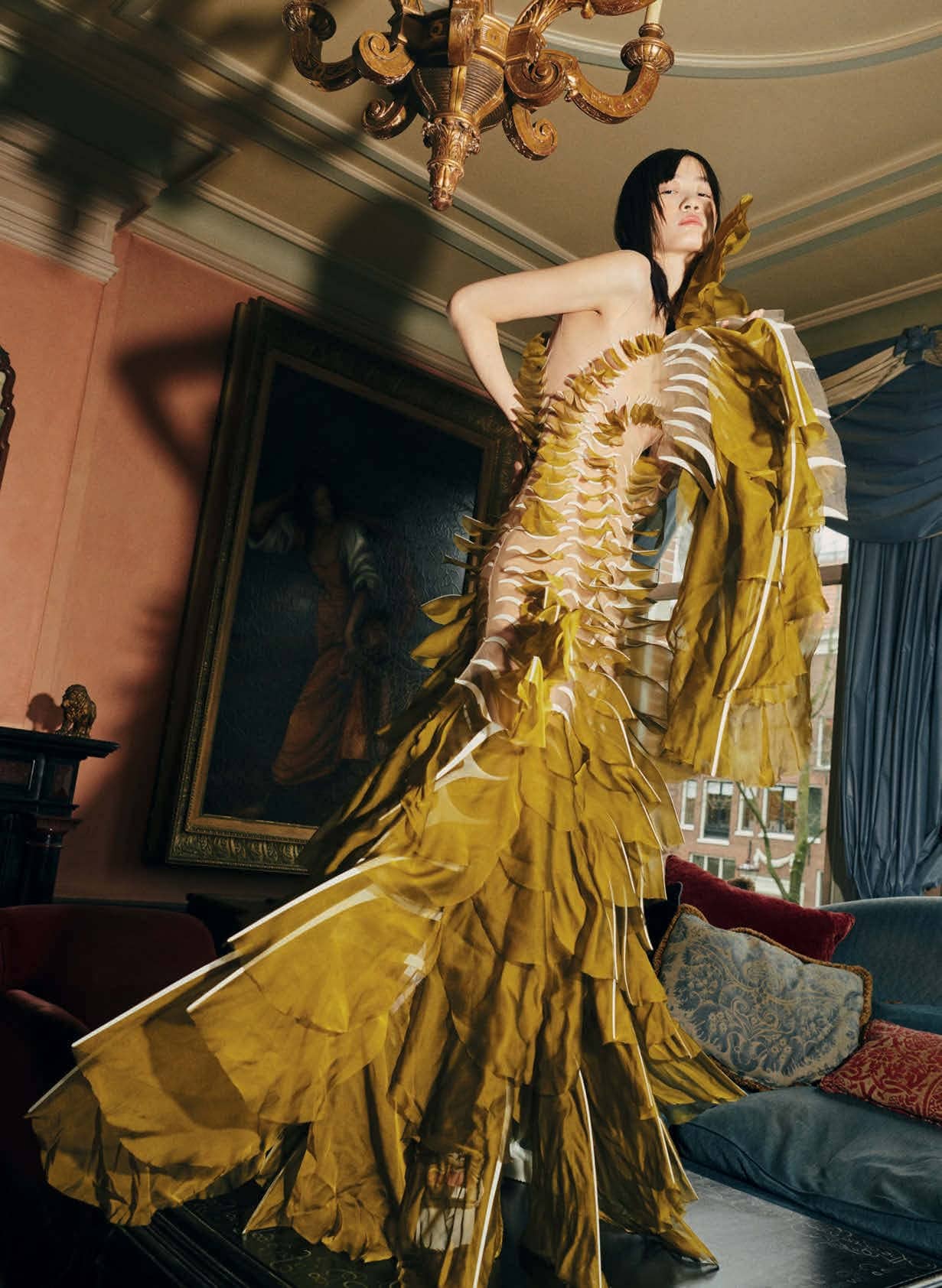 “I think there’s a lot of mystery behind my pieces,” says Van Herpen in a soft lilt. “Actually 80 per cent of them are made by hand and the rest by 3D printers. I consider both the hand and machines as tools with advantages and limitations, but that together can expand the possibilities of craftsmanship.”

These tools have engineered breathtaking dresses that are powerful to behold. Bustiers resembling aquatic exoskeletons curl around the body like tentacles, plissé dresses of pulsating soundwaves flutter with every breath and handblown glass-bubble gowns seem impossibly suspended from the waist. To achieve these effects, Van Herpen had to go beyond the traditional realm of stitching. In her work, she has pioneered the use of ultrasonic welding, which uses the acoustic vibrations in high-pitched sounds to reorder and connect molecules. Other pieces were made by mixing magnetic powder with liquid silicone to form 3D shapes as they dried. Her ability to transform the nature of fabrics—or wholly create new ones— has made many observers liken her work to alchemy. 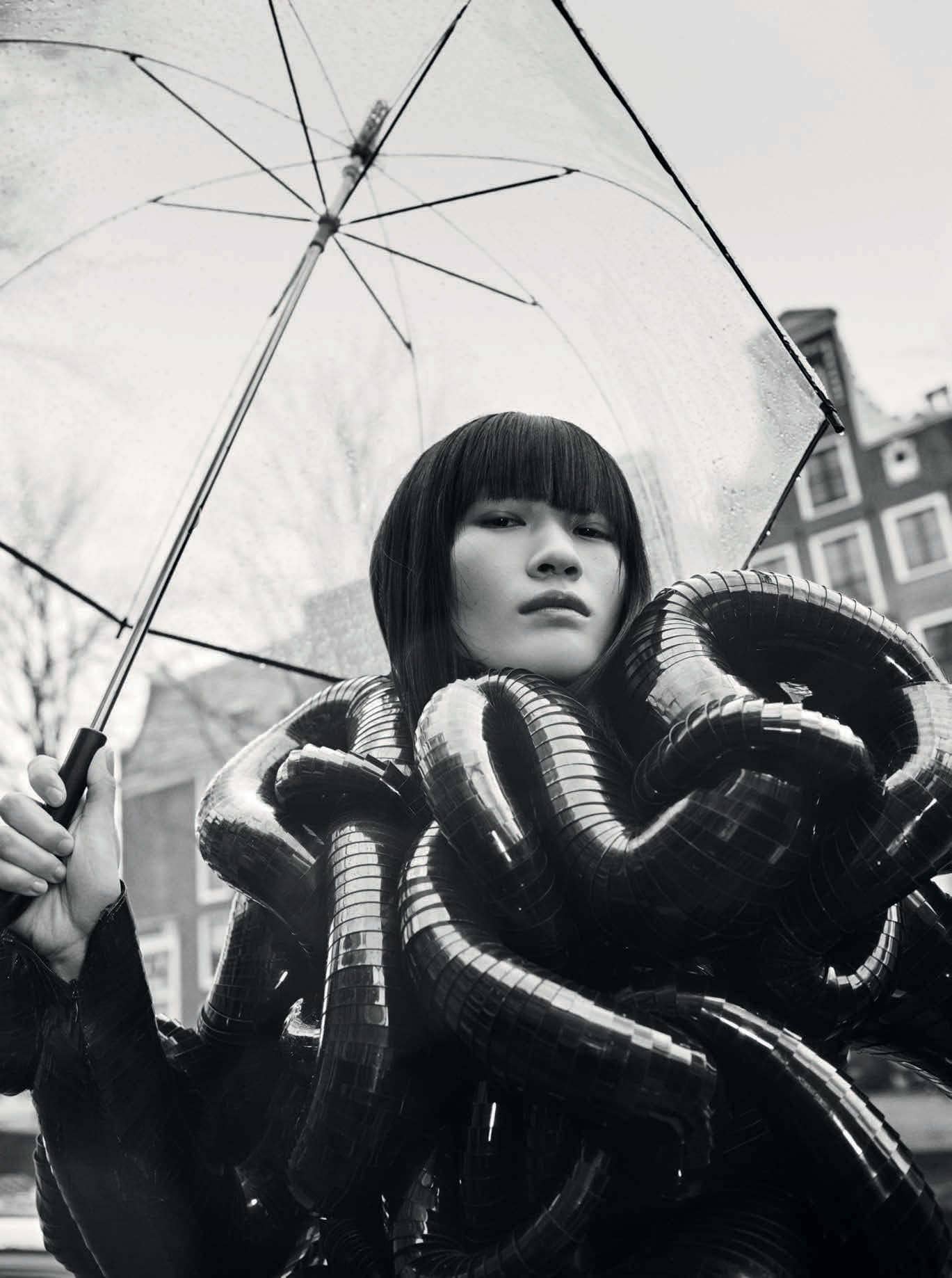