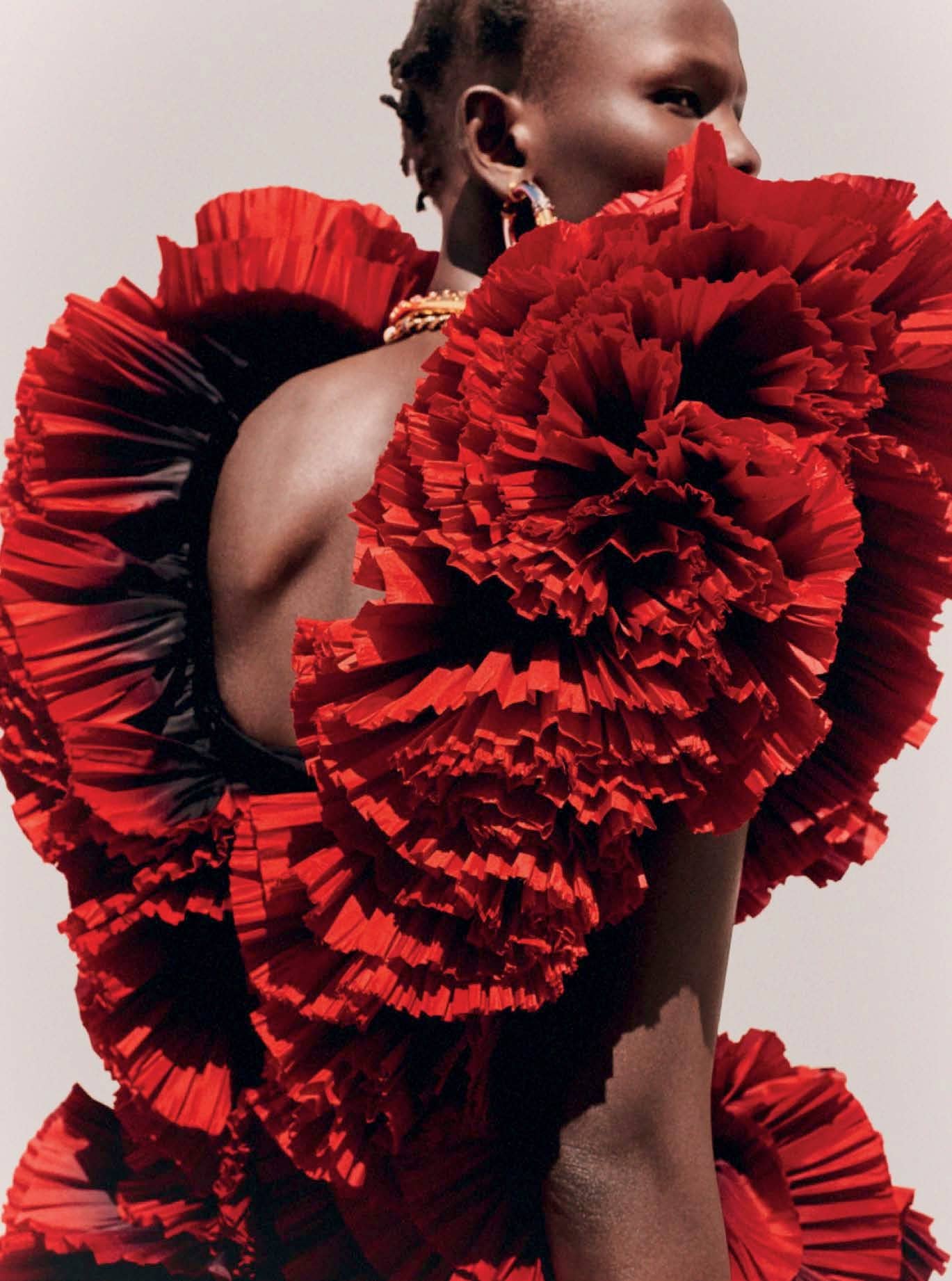 Bold ballgowns and voluminous shapes are suddenly storming runways and red carpets everywhere, a literal representation of women asserting their physical space in the world. We discover it’s more than just a fashion statement

Swooshing about in two hulking mounds of hot pink tulle trimmed with a bedazzled empire waistline at the 2015 Grammys, Rihanna and her couture gown by Giambattista Valli set the internet ablaze at a time when leggy, cutout numbers still reigned supreme on the red carpet (that very same event saw pop stars like Gwen Stefani and Ariana Grande in varied states of nakedness). It was, for a while, a running joke that one could spot Rihanna’s pouf from space. Since then however, we’ve been exposed to gowns of cosmic proportions that render RiRi’s a mere scrunchie. Think of Jennifer Lopez at her Second Act NYC premiere in 2018 in another sweeping Valli number, Lady Gaga in a fluorescent Brandon Maxwell dress at the 2019 Met Gala, and most recently even Grande switched her tune, donning another, well, grande number from Valli at the 2020 Grammys. 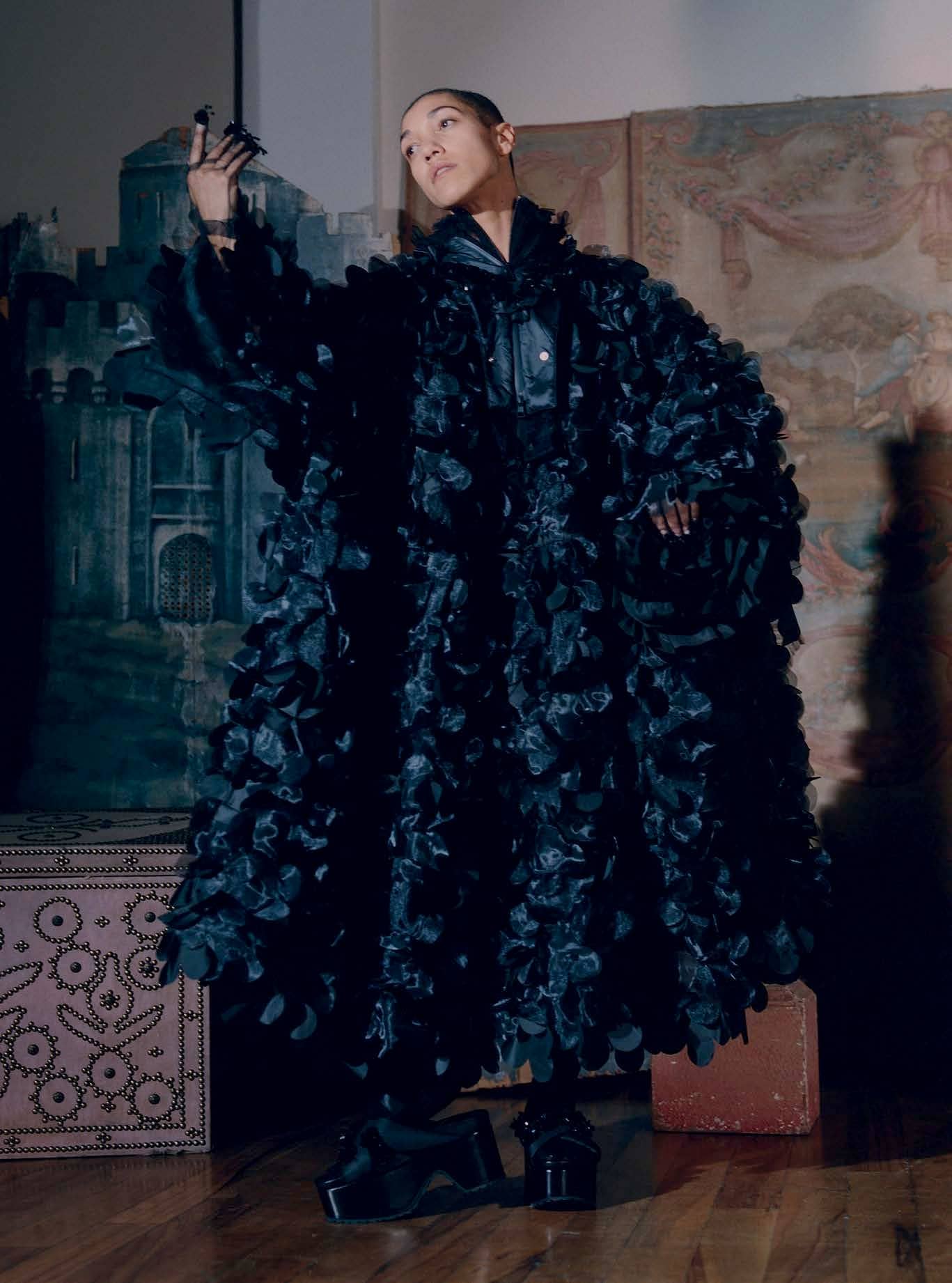 Some have begun to call this trend a return to princess dressing à la Cinderella, but the pea under my mattress tells me it has less to do with fairy tales, and more to do with grappling with modern realities. Stacking up the stately dresses seen on the Paris and Milan runways just this season, I realised that women are literally taking up space in the world with their fashion choices, and the movement deserves an equally expansive name: Womanspreading. Underneath its glittery surface, this trend has revealed powerful political undertones more serious than sweet. Women are practically flaunting their gowns’ great girth to assert their right over the ground they walk on. 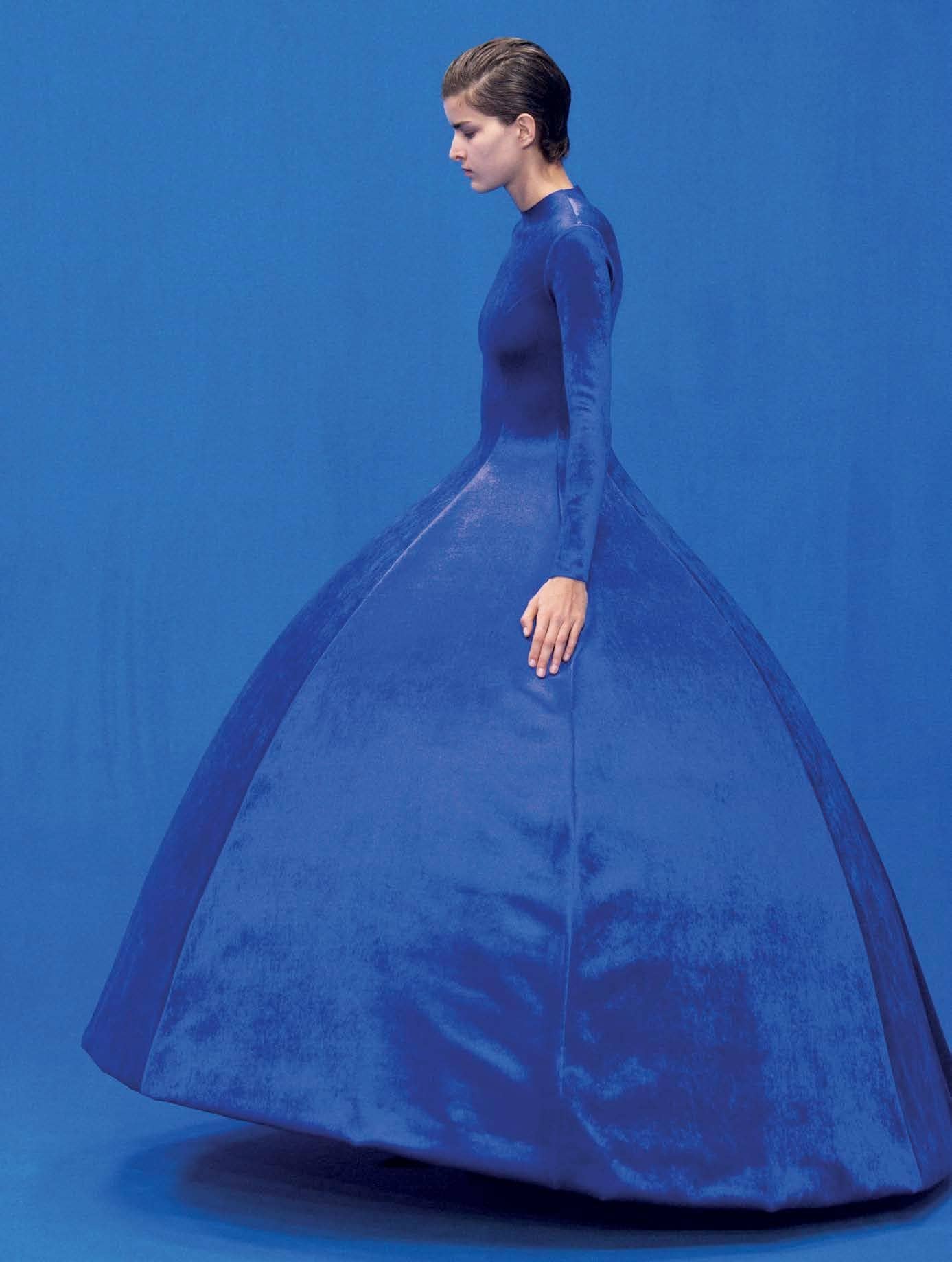 Of course, size has always mattered—every inch that has been added to or removed from prevailing silhouettes throughout history has been debated and fought over, as have their meaning and symbolism. As Virginia Woolf wrote in Orlando nearly a century ago, “Vain trifles as they seem, clothes have, they say, more important offices than to merely keep us warm. They change our view of the world and the world’s view of us.” 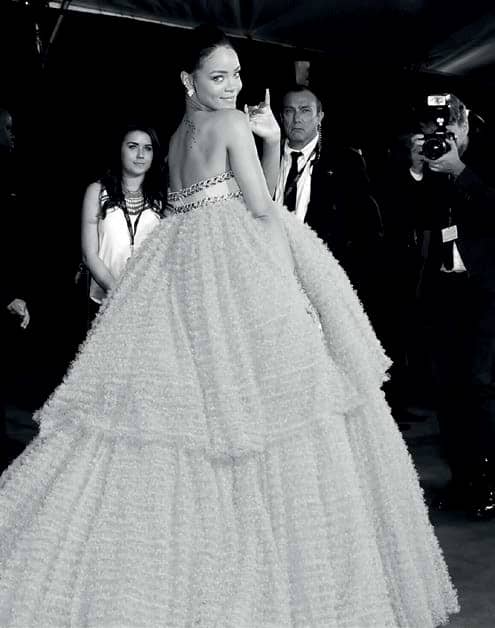 In Victorian times, swimming in swaths of cloth signalled class and wealth. “The extreme width of voluminous 18th-century gowns, such as the robe a la française, called to attention the excessive amounts of costly textiles required to construct the dress,” Melissa Marra-Alvarez tells me, as I hunt down the trend’s origins. Marra-Alvarez is the curator of education and research at The Museum at FIT in New York City, who curated Minimalism/Maximalism, an exhibition held there last year.