How to Open a Restaurant in a Pandemic 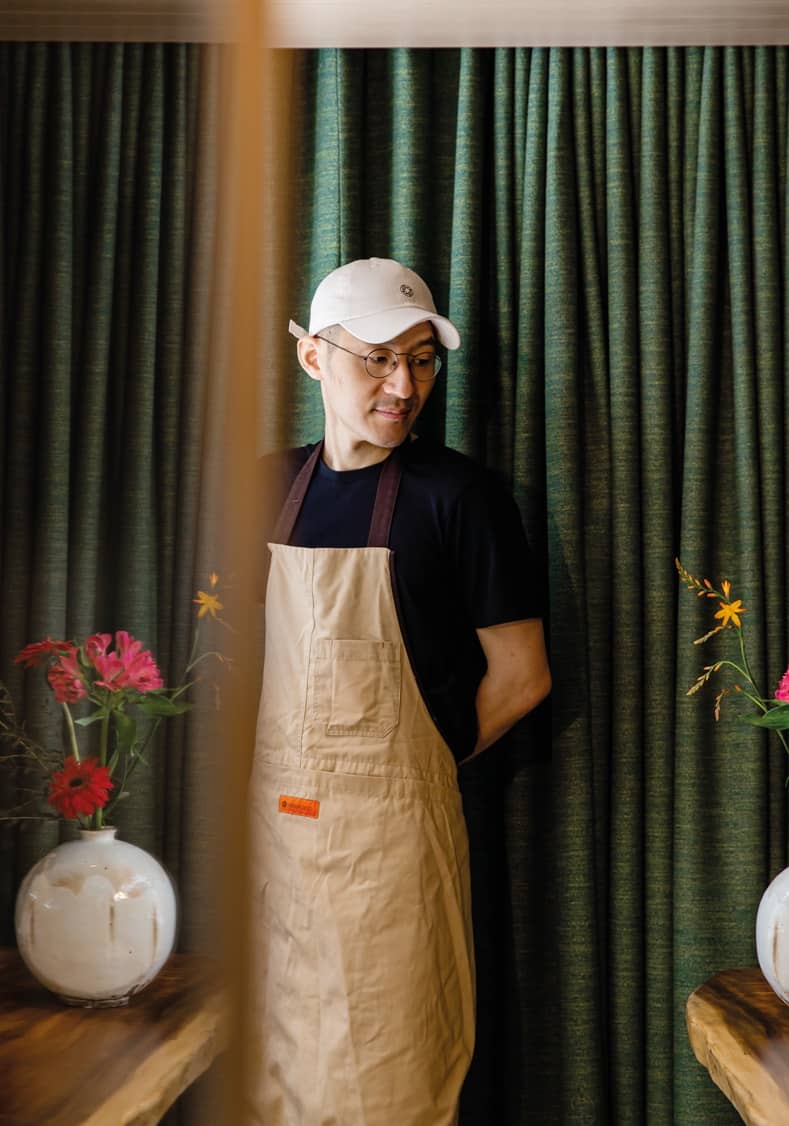 Charmaine Mok
Seven years after opening Mingles in Seoul’s Gangnam district, chef Mingoo Kang can count the number of proper days off he’s had on one hand.

When we speak over Zoom in early summer, Kang, who had just arrived in Hong Kong, jokes that he’d finally, though unwittingly, earned himself a two-week holiday of sorts, thanks to the mandatory 14-day quarantine period imposed on inbound travellers. He intended to use the time devouring his collection of prized cookbooks (40 of them made up the bulk of his luggage), drinking his favourite coffee from Seoul coffee roasters Fritz, and bingeing on YouTube videos. Of course, not being able to leave the apartment was not much of an issue, given that the chef had already been communicating with his team on the ground over the best part of a year: exclusively through video calls and WhatsApp messages.

Beaming at me from his computer screen, safely ensconced in a small, simple apartment on Hong Kong Island, Kang looks refreshed as he recounts what a journey it has been to open Hansik Goo—the much anticipated yet delayed Hong Kong debut from the chef, in collaboration with local restaurant group ZS Hospitality. Widely touted as the fine dining chef’s diffusion line, Hansik Goo soft opened to wide acclaim, its menu of comforting Korean dishes an instant hit.

How long have you been thinking about opening a restaurant in Hong Kong?