And the Show Goes On 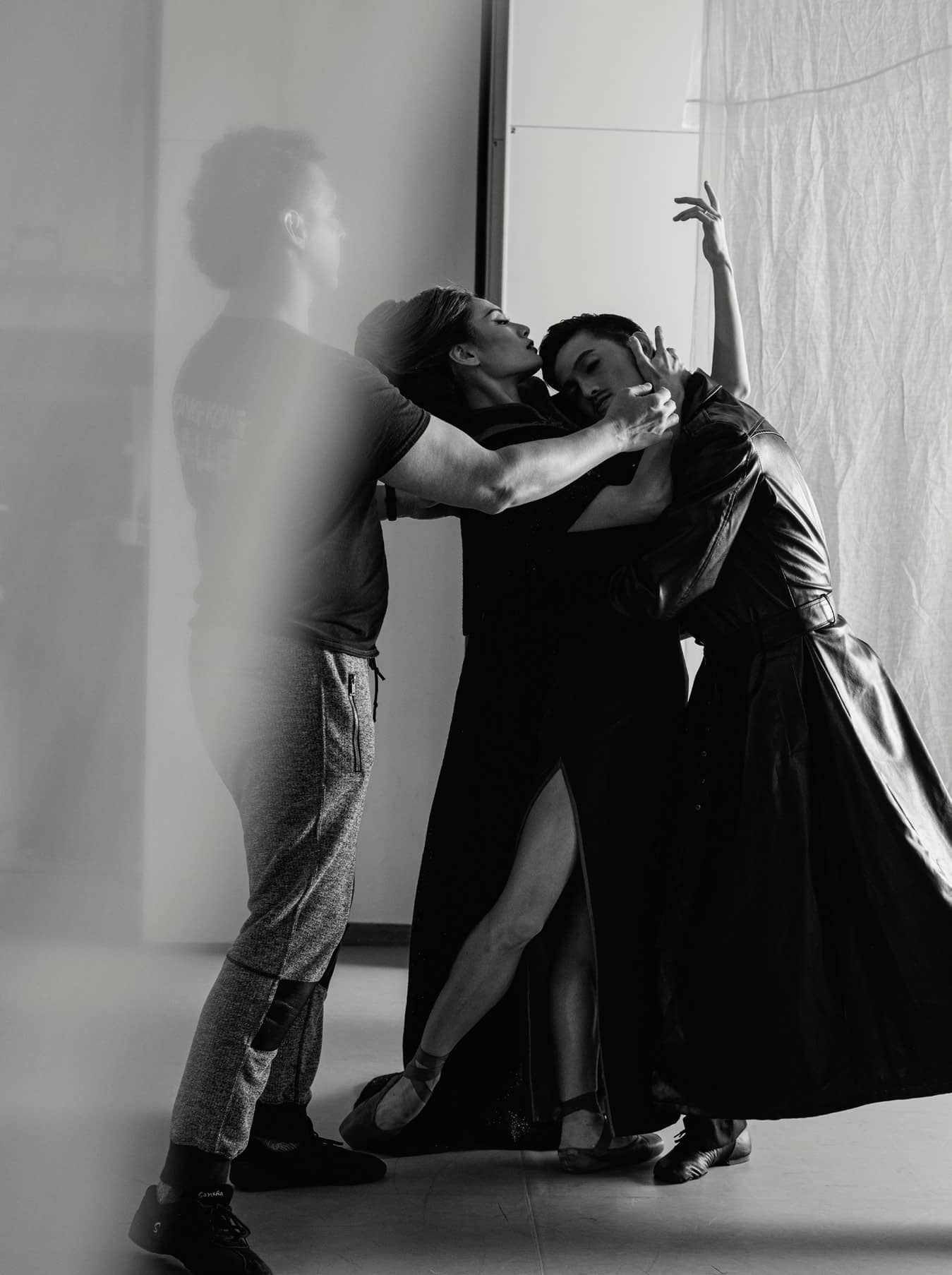 Unbowed by the global paranoia surrounding Covid-19, the Hong Kong Ballet is moving forward with a new take on the story of Romeo and Juliet, in which Shakespeare’s much-loved tragedy is reimagined in 1960s Hong Kong, with a little help from a classic Wong Kar-wai film

Wooden rods hammering the studio floor sound like the thump of a beating heart within the cavernous Xiqu Centre, Hong Kong’s futuristic performing arts space. A group of young men chant and pound the ground, creating tension as they circle two fighters. One of them, unleashing a combat shout worthy of Bruce Lee, rushes forward wielding a baton in each hand and brings them down on the head of his adversary, who, tumbling backwards, lands on his own weapon. Oscar Lam, a martial arts coach, whose light-footed agility and bald head bring to mind a Shaolin monk, attempts to shape the mêlée. “Imagine yourself as a tiger,” Lam barks at the fallen fighter. “Lunge at him!”

In fair Kowloon, where we lay our scene, these ballet dancers are training for the opening street brawl between the enemy Montague and Capulet families that begins the story of Romeo and Juliet. Lam, a master of the martial art hung kuen, has been brought in to teach the cast how to infuse fighting moves into the choreography. 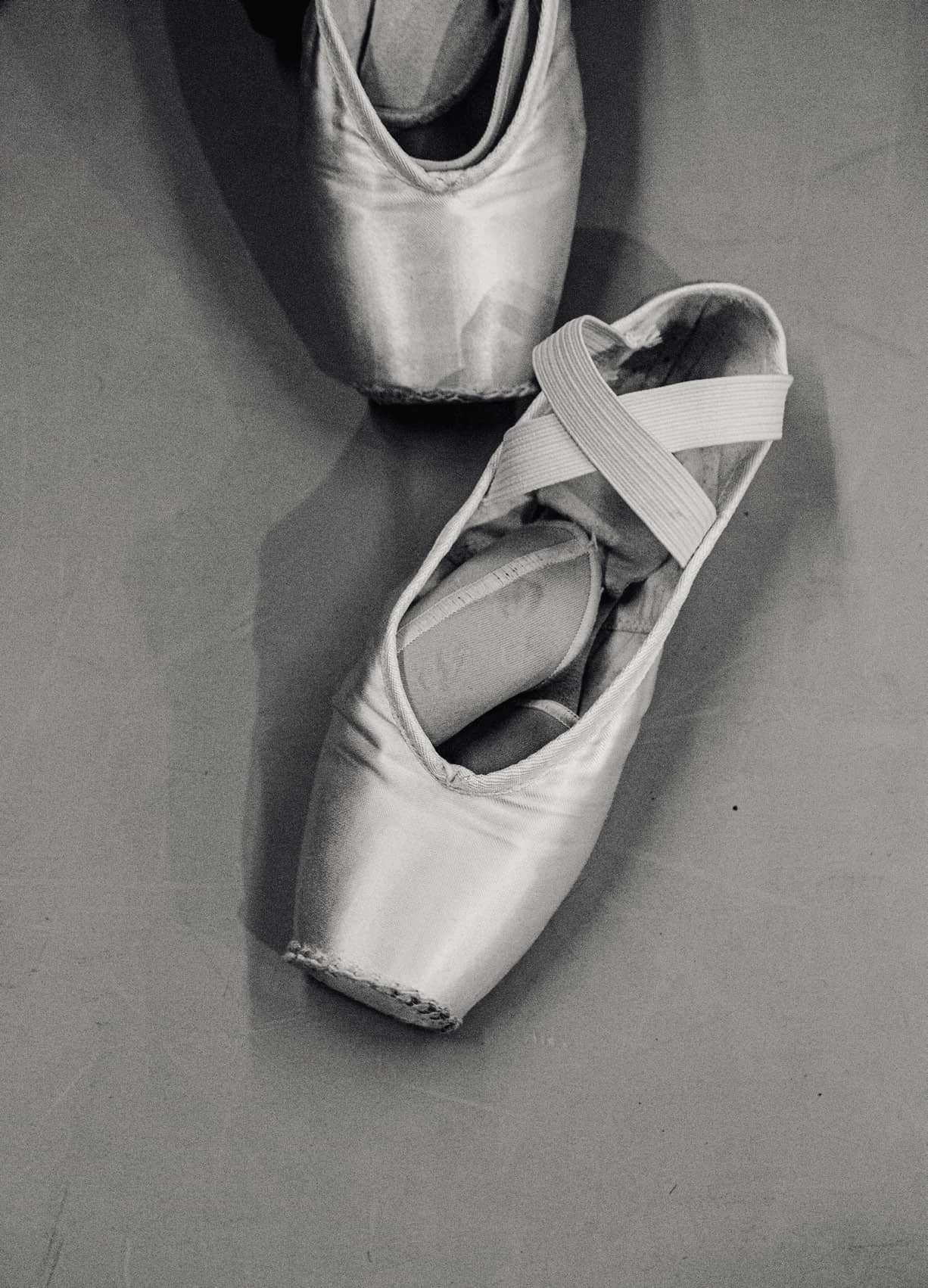 Since March, throughout the challenges of social distancing amid a raging global pandemic, the Hong Kong Ballet cast has been preparing to perform a unique reimagining of William Shakespeare’s classic play, styled as Romeo + Juliet, set to premiere in September. Instead of Verona, this version of the tale of two star-crossed lovers takes place in the atmospheric world of 1960s Hong Kong, with an aesthetic that is inspired by the city’s history of cinema classics and a dance style that blends classical ballet with martial arts. 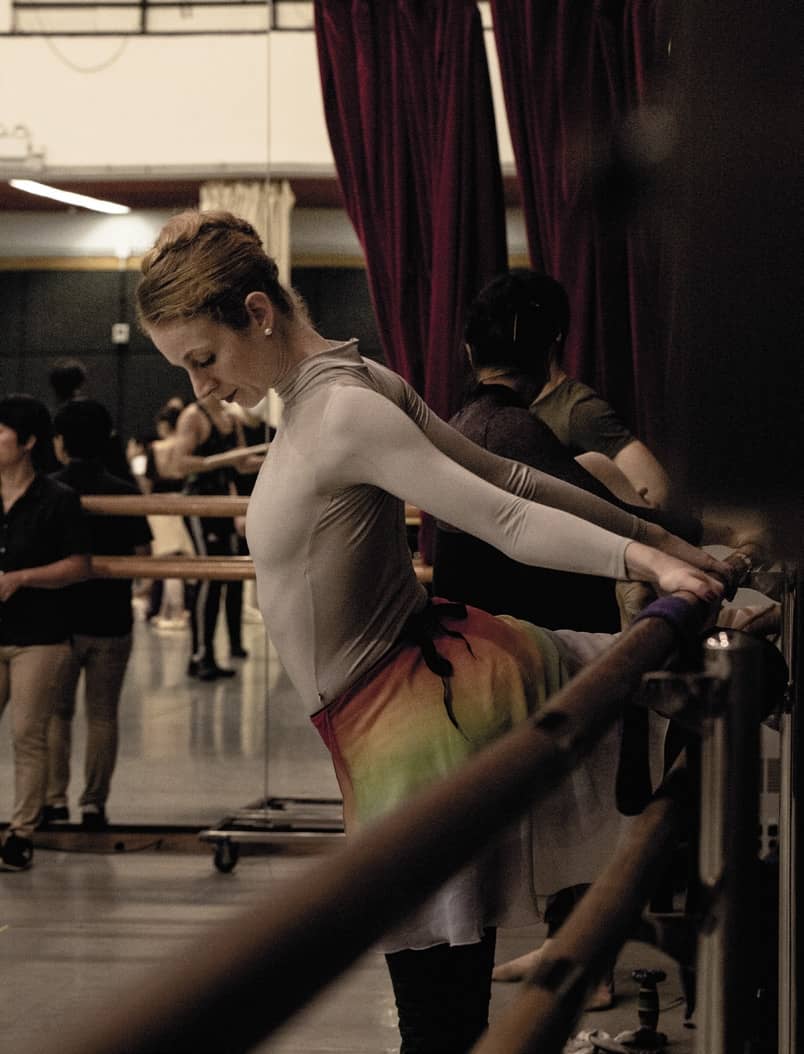 For this ambitious new staging, devised by the Hong Kong Ballet’s innovative artistic director Septime Webre, the title characters, portrayed by principal dancers Li Jiabo and Chen Zhiyao, are reimagined as the children of two competing local tycoons who fall in love during a turbulent era clouded by triad street fights, money laundering and arranged marriages. 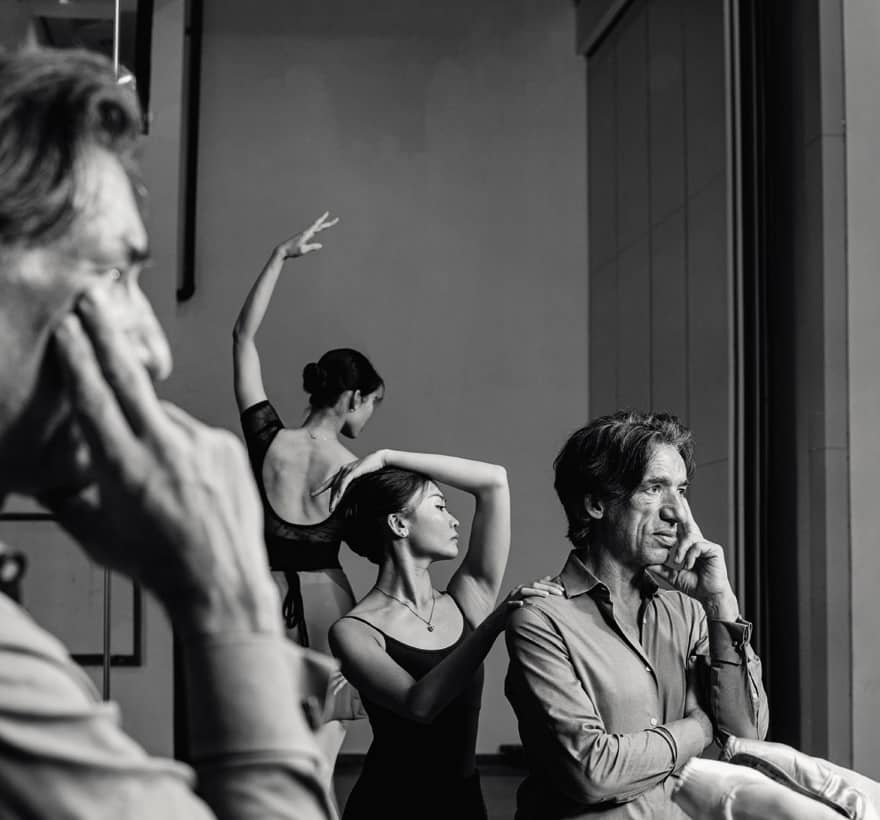 Considering New York’s Broadway theatres have been dark since March and Shakespeare’s Globe Theatre in London faces the prospect of permanent closure, the fact the Hong Kong Ballet is pushing ahead with a new production is a bold move. The company has already postponed the show’s premiere twice and there is no guarantee that social distancing measures in the city will be lifted in time for its September scheduling. However, Webre is adamant that the operation must proceed—whether or not the stage curtain rises on that first night. “It’s the journey that is important, more so than the destination,” he says. “The process of creating work is central to an artist’s identity.”

Principal dancers Li and Chen have never rehearsed for a performance while wearing face masks before, and having to do so for Romeo and Juliet at the height of the pandemic took its toll. Even walking in a mask in the humidity and heat of Hong Kong is an uncomfortable experience; performing strenuous physical activities in them is stifling. 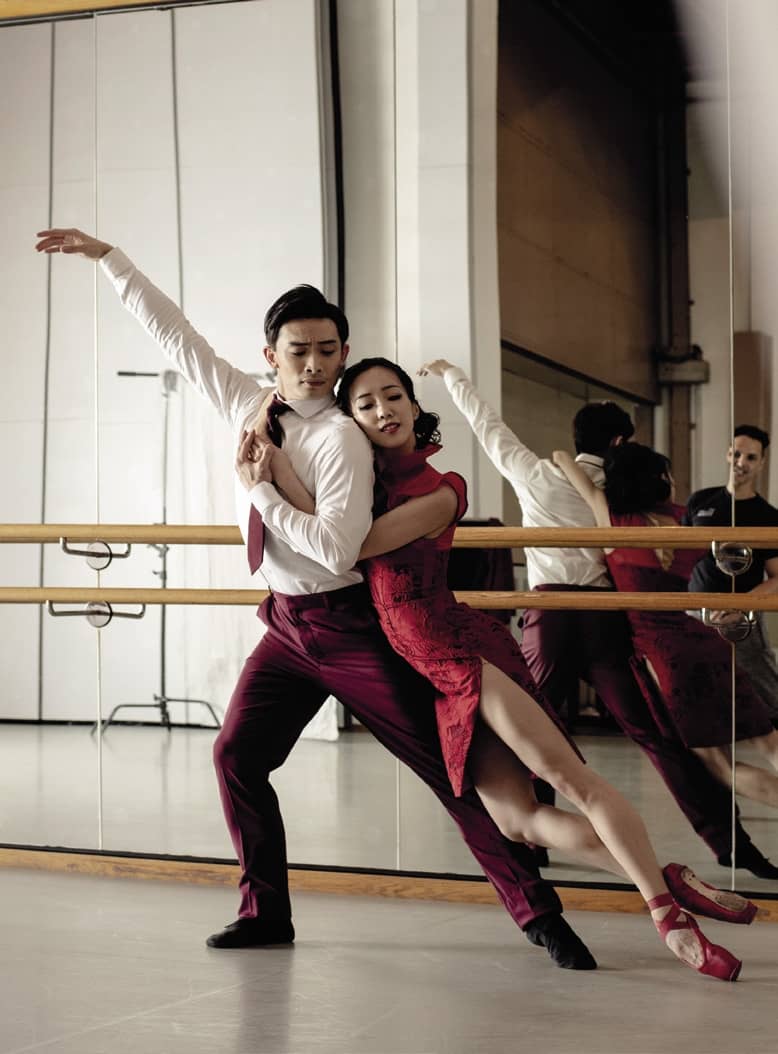 Li, who also played the lead role in a rendition of Rudi van Dantzig’s Romeo and Juliet guest-staged by André Lewis for the Hong Kong Ballet in 2015, says that Webre’s choreography has more lifting than the classic production. He says having to wear face masks made training especially exhausting, while Chen found it challenging having to practise outside the usual studio setting. “During quarantine, we tuned in on Zoom for ballet exercises to keep our bodies in shape,” she says. “It took us a while to adjust when we returned to the studio.”

Webre, who made his name during a 17-year stint as artistic director of The Washington Ballet in Washington DC before moving to Hong Kong in 2017, says his new adaptation is itself a love letter to his adopted home. He also pays homage to his favourite Wong Kar-wai film, In the Mood for Love, which turns 20 this year and is credited for widely shaping what the rest of the world imagines Hong Kong to be, with its influential soundtrack, colour-saturated cinematography and tale of understated romance performed by Maggie Cheung and Tony Leung. 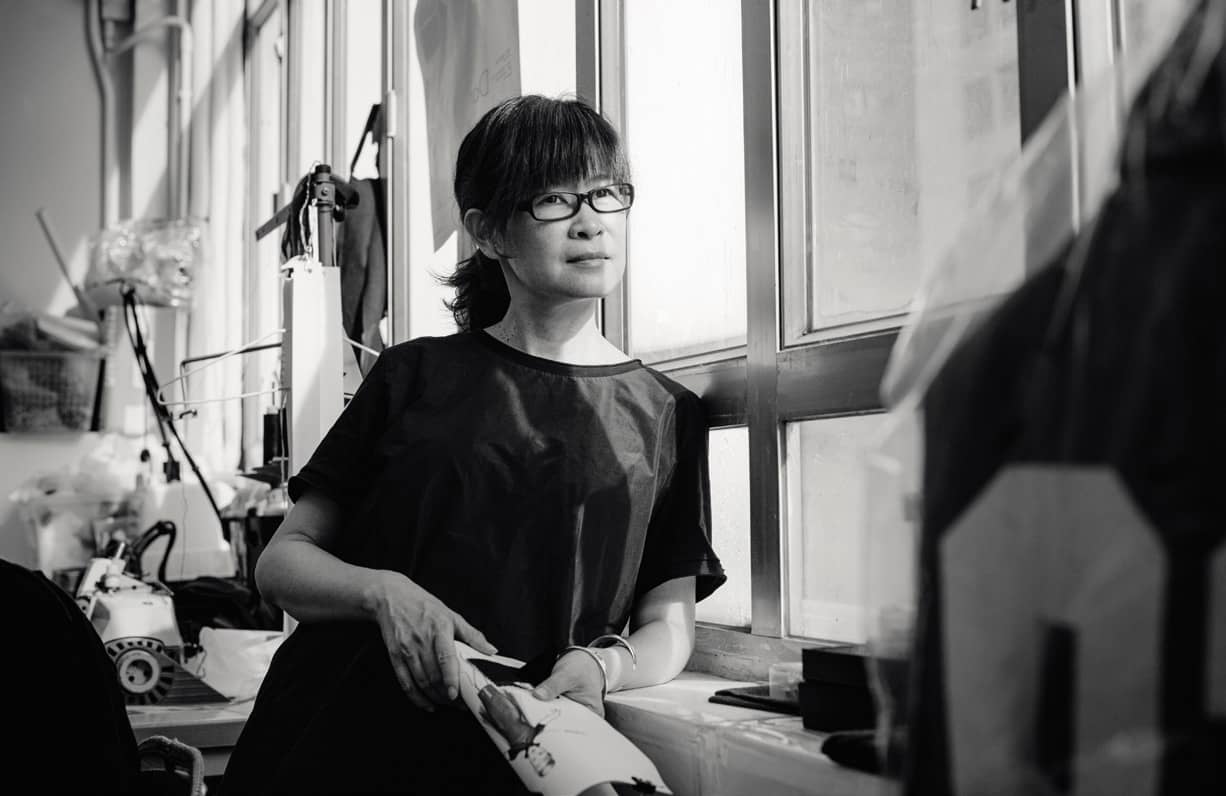 The American-born choreographer and teacher remembers the impact Wong’s film left on him when he first watched it shortly after its release. “I was completely blown away. It was so stunning, so evocative. In the Mood for Love opened up a whole other avenue of Hong Kong film that was not martial arts-oriented but poetic and artful,” he says. 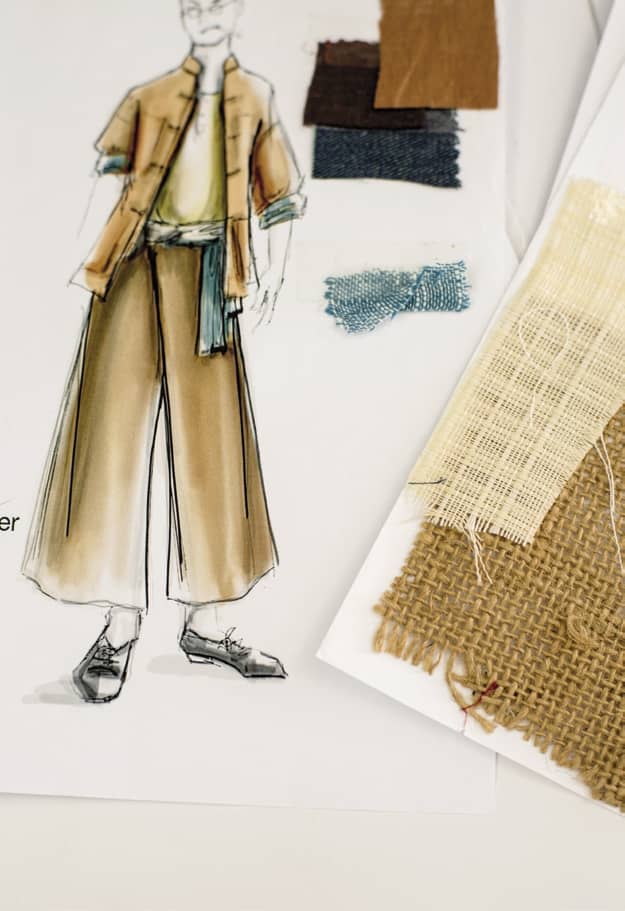