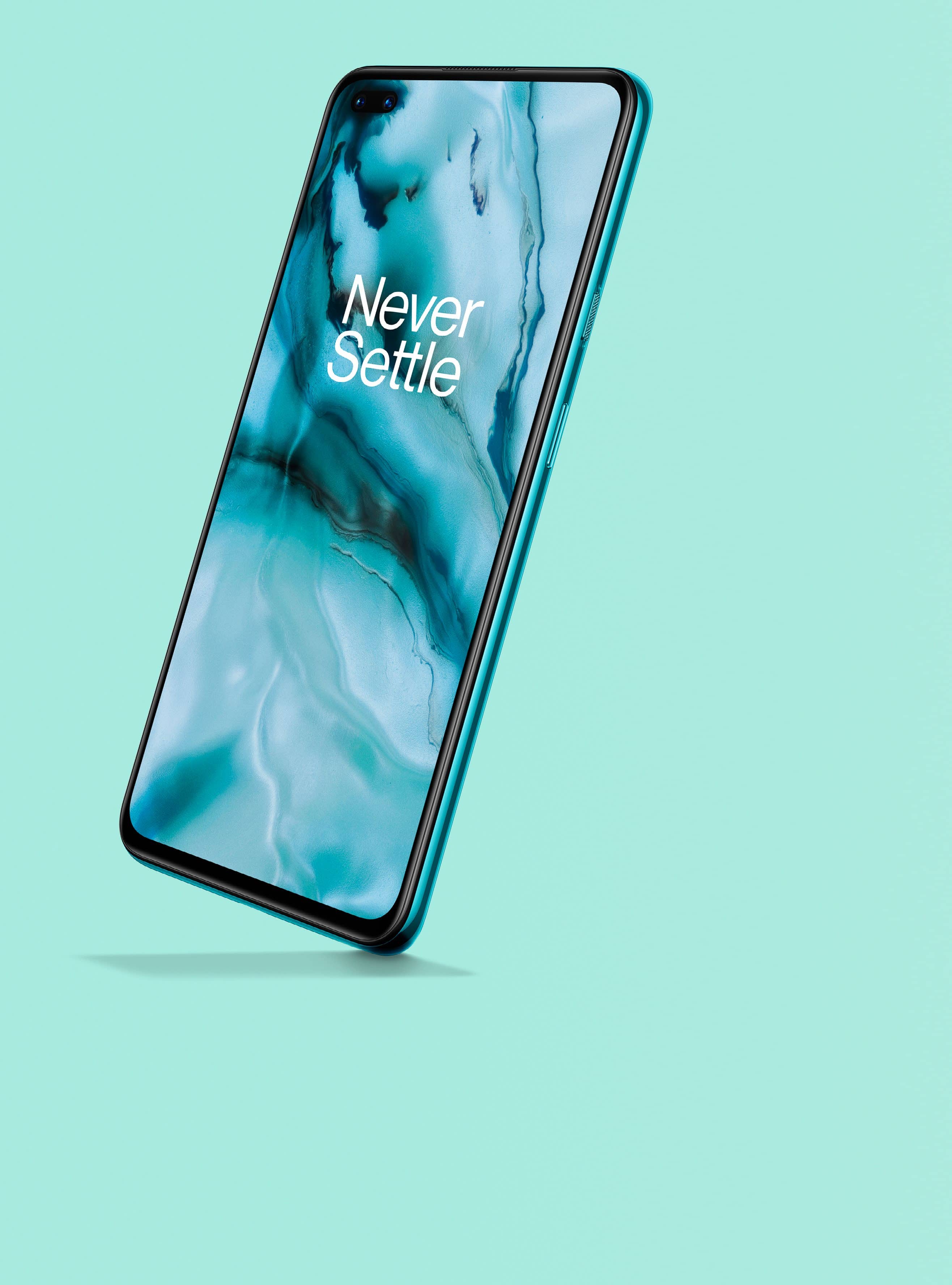 Thanks to its slick screen, strong camera and great price, this is the ultimate mid-ranger

Mid-range handsets are having a moment as the smartphone market matures: decent-quality screens, chipsets and camera lenses are getting cheaper all the time, which means you can get a lot more for your money, and it’s becoming harder and harder to justify spending four-figure sums on top-end flagships. If you can buy a phone that’s almost as fast and takes photos that are almost as good as the very best handsets for half the price, why wouldn’t you?

This was the thinking behind the Google Pixel 3a and the Samsung Galaxy S10e last year, and the second-gen iPhone SE this year, and it’s also the thinking behind the OnePlus Nord. While the OnePlus flagships aren’t going anywhere (and we might see another before the year is out), OnePlus is joining Google, Apple and Samsung in jumping into the competitive mid-range market too.

It’s a segment of the smartphone scene that’s busier than ever. The likes of Nokia and Motorola have been trading here for years, while Chinese phone makers such as Xiaomi, Oppo and Huawei are constantly trying to undercut the top-tier models as well. If you’re looking for a competent smartphone in the £300-£500 price bracket, then you’ve got more options to pick from than ever before.

The question is where to cut corners to save on price, and in the case of the OnePlus Nord, it’s definitely not the screen. The 6.44-inch, 1080 x 2400 pixel AMOLED display is superb to use – bright, clear and, thanks to its 90Hz refresh rate, very fluid in use. OnePlus says it has worked on a host of tweaks and optimisations in the background to ensure it delivers a quality visual experience, and that’s exactly what you get whether you’re flicking through photos, websites or Netflix episodes. Even better, you can customise the display in a host of ways, with night and reading modes available, plus a colour temperature setting.

Inside, the Snapdragon 765G processor from Qualcomm is running the show; it’s not quite the best chipset inside an Android phone this year – that’ll be the Snapdragon 865, available in phones such as the OnePlus 8 – but close enough for most people. We found performance speedy and responsive all round, from jumping between apps to hopping between browser tabs, and the only difference you might find compared to the Snapdragon 865 is an extra second or two on loading screens.

In general use we had no issues at all: streaming video, playing games, editing photos... the phone handles it all with aplomb. With the entry-level £379 model you get 8GB of RAM and 128GB of storage, which again should be more than enough for the majority of users. And if your budget can stretch to £469 then you can get hold of the model with 12GB of RAM and 256GB of storage. You’re getting some decent specs here for your money, and there’s 5G on board too, which is just about becoming standard as we move through 2020.

As far as design goes, we’re impressed with what OnePlus has done here as well. Besides the screen it’s a premium-feeling phone, lightweight and thin, with a plain but stylish aesthetic. There’s a bright Blue Marble colour, which is the one we tested, as well as a more muted Grey Onyx option, but they both score highly in terms of look and feel. Only if you held this up next to a £1,000 smartphone and looked closely would you be able to spot any differences in the style or build quality.

A good-quality camera is essential for any phone, and again this is an area where mid-range phones have really caught up. The quad-lens 48MP+8MP+2MP+5MP on the back of the OnePlus Nord does a fine job in most conditions, and can usually get decent shots in the dark too – though the night mode that OnePlus calls Nightscape tends to make for some rather weird brightening effects, even if it ensures that certain parts of the image become more visible. 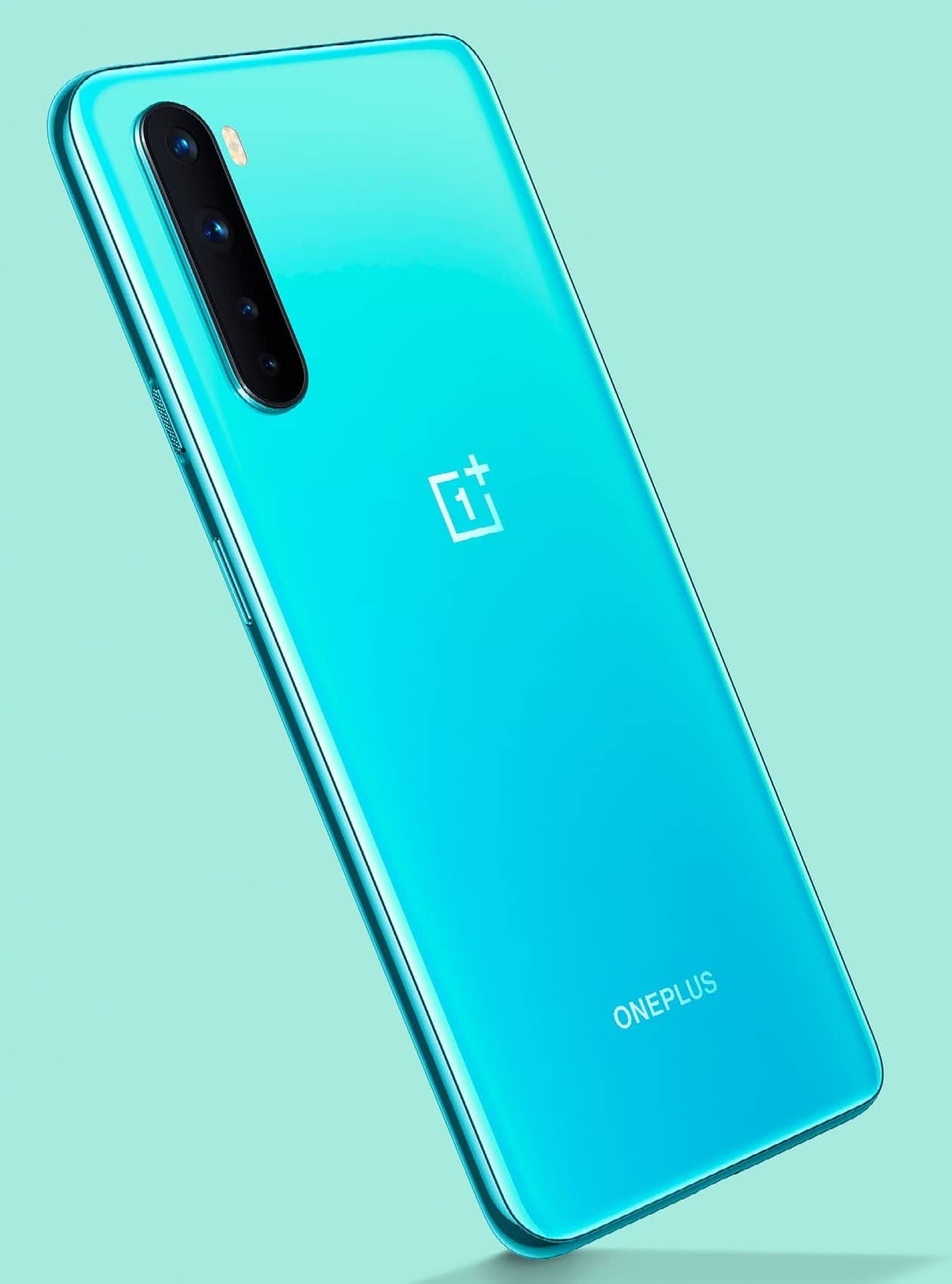 Not only is the Nord’s AMOLED display very bright and clear for its price, it’s blisteringly fast: a refresh rate of 90Hz makes it satisfyingly smooth.

With a healthy battery capacity of 4,115mAh, the phone should last over a day. And thanks to its Warp Charge 30T, it can rejuice up to 70% in just half an hour.

Details are well captured, even in lighter and darker areas, and colours are well balanced. Shutter speed is fast too, and we’d have no qualms about using the OnePlus Nord as our everyday camera – it hasn’t let us down yet in the time we’ve been testing it. The ultra-wide lens is helpful for fitting more in a scene, and you get an ultra-wide mode around the front too, with the 32MP+8MP front-facing selfie cam (OnePlus says this should put an end to the selfie stick, but we’re not so sure).

Admittedly photo quality isn’t quite up to the very best phones on the market at the moment, especially at night, though it’s closer than you might think. This is one area where it’s still worth investing some extra money on a flagship if you want the very best pictures and video – there’s no telephoto lens here either, for example, so no optical zoom. For social media and casual use though, the OnePlus Nord can more than hold its own at this price point, and even in challenging lighting you’ll most often come away with something usable. The OnePlus OxygenOS is the software on board, running on top of Android 10, and it’s been one of our favourite Android variants for a while now. The visual styling is eyecatching without being showy, the additional settings that OxygenOS adds (like lock screen customisations) are thoughtfully done, and bloatware is kept to a minimum (all the traditional Google apps are present and correct). A mention too for the traditional OnePlus mute switch that’s on the side of the phone, a feature we wish that more manufacturers would decide to adopt.

Unfortunately we can’t tell you much about battery life, as we’ve had a limited period with the Nord at the time of writing. We’ve seen it hold its charge for a couple of days at least, but that’s with sporadic rather than everyday use – given the 4,115 mAh battery size and OnePlus’ past record, we’d say you’ll comfortably get a day from the Nord. We can tell you that in our unscientific test involving two hours of video streaming at maximum brightness and a low-ish volume, the phone dropped from 100% battery life to 78%, so you’ll get around 10 hours of streaming with the brightness ramped up. 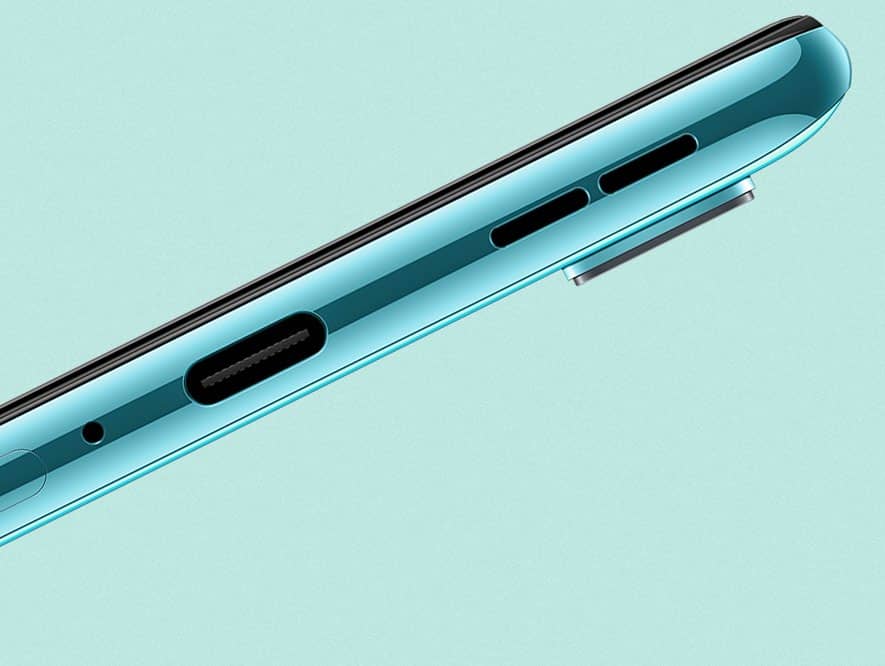 A question of compromise

So how has OnePlus got the price of the Nord so low? There are compromises here, they’re just not that easy to spot. Let’s take the OnePlus 8 – starting price £599 – as a comparison: it has a (slightly) faster processor and a (slightly) bigger screen than the Nord, and its display supports HDR10+ playback, so your movies and shows will look a little better. The OnePlus 8 also has Wi-Fi 6, two speakers rather than one, and a bigger battery, though the Nord beats it in terms of camera sensors on the front and back.

None of these are dealbreakers for most people, but it shows the sort ofsubtle tweaks that OnePlus has made with the Nord to get it to a more affordable level. We’d say the OnePlus Nord is the better value for money phone, and in the bang for buck department it would rank higher than most of the handsets we’ve come across in the last couple of years. Yes, better screens and better cameras are out there on the smartphone scene, but you’ll have to pay a lot more money to get them.

Other missing features you might want but don’t get with the OnePlus Nord are wireless charging, IP68 waterproofing (though a few light splashes and rain showers should be fine), and a headphone jack – it’s the USB-C port or wireless if you want to bring headphones along. There’s a fingerprint sensor built into the display, which works better than most we’ve tried in the past, and the option of face unlock too.

As we’ve said, there are a lot of phones in this price bracket now, but we’re struggling to think of one that we’d recommend for £379 or £469 ahead of the OnePlus Nord. Maybe that will change with the arrival of the Pixel 4a from Google, but for now, the combination of features, power and style that OnePlus has put

The Nord has both a fingerprint sensor in the display and a face unlock option together here is a definite winner. Don’t let our five-star rating trick you into thinking that this is a perfect phone – you can find handsets with better cameras and faster processors and IP68 waterproofing – but for the money, you spend this is a really impressive combination of hardware and software. The mid-range continues to be the most compelling part of the smartphone market, and that has to be good news for anyone wanting to buy a phone that won’t break the bank.

No waterproofing; no wireless charging; no Wi-Fi 6 support.