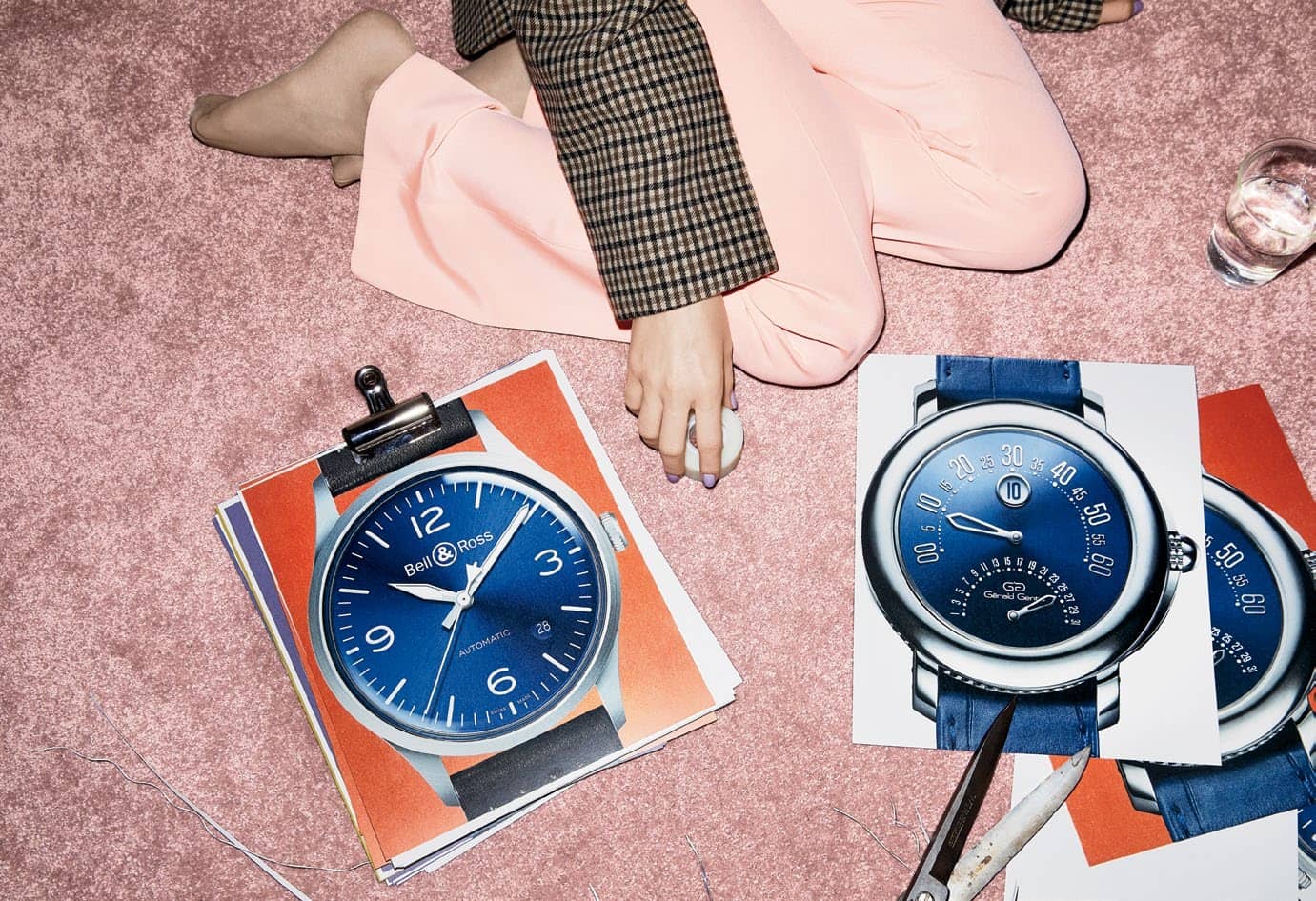 Whether refined, simple or sporty, spring’s new timepieces are all ticking on ocean-coloured dials.

MOST PEOPLE WOULD have heard Gloria Tang, or G.E.M.’s (acronym for Get Everybody Moving), powerful vocals even before they are acquainted with her, and for most of

us, that would have been in 2014. At the second season finale of the Chinese singing competitionreality show “I Am a Singer”, the Shanghai-born, Hong Kong-based Tang sang a career-defining cover of “Like You”, or “Hei Foon Nei” (in Cantonese) by now-defunct Hong Kong rock band Beyond. Although she finished the competition as its first runner-up, her popularity far surpassed the show’s winner, Han Lei. Tang’s season finale video had garnered nearly 10 million views on YouTube, and her MV of the same song, 71 million views.

That was the catalyst that propelled her to fame. The night she won the competition was her stepping stone to greater things — stepping out of Hong Kong to China and the rest of Asia, and even the world. For the 27-year-old, this was just the start of a life that she didn’t even know she had been looking for. But like Rome, Tang’s career wasn’t built in a day.

“I started writing songs when I was five. At 13, I wrote my first complete song,” says Tang during her interview and cover shoot with T Singapore in Hong Kong. She’s young and bubbly; the presence she carries is as sparkly as the Ralph Lauren gown she’s in.

“I still remember the lyrics to that very first song I wrote,” says Tang, before she proceeds to sing the first few lines of the song she had written based on a TVB (Hong Kong-based television broadcasting company) drama she had watched. “It was only when I was older that I looked back and realised these little verses that I [had written] were actually songs,” says Tang.

Although Tang grew up in a family of musicians — her grandmother taught Bel Canto, a classical opera technique, and her mother graduated from the opera faculty of Shanghai Conservatory of Music — no one in her family wrote songs.

Growing up, Tang would listen to her mother and grandmother sing. Her grandmother would teach and she’d be listening by her side; her mom would play the piano. “I think I learnt more from my grandmother, because I think I’m better at singing than my mother,” says Tang with a laugh.

Tang started taking piano lessons when she was four. When all the kids would go out to play after school, Tang spent her time practicing or singing at karaoke joints (more commonly referred to as KTVs) where she spent most of her weekends. “These [sessions] were all play to me back then. We’ll turn the background music down so we could hear our mistakes and flaws clearly,” says Tang. Today, her songs like “Bubbles”, or her cover of Taiwanese band Mayday’s “You Are Not Truly Happy” have become the definitive Mandopop songs at KTVs. Akin to Adele’s songs, Tang’s lyrics brim with emotion and vulnerability — a sentiment that Mandopop karaoke-goers are accustomed to.