Let The Light In 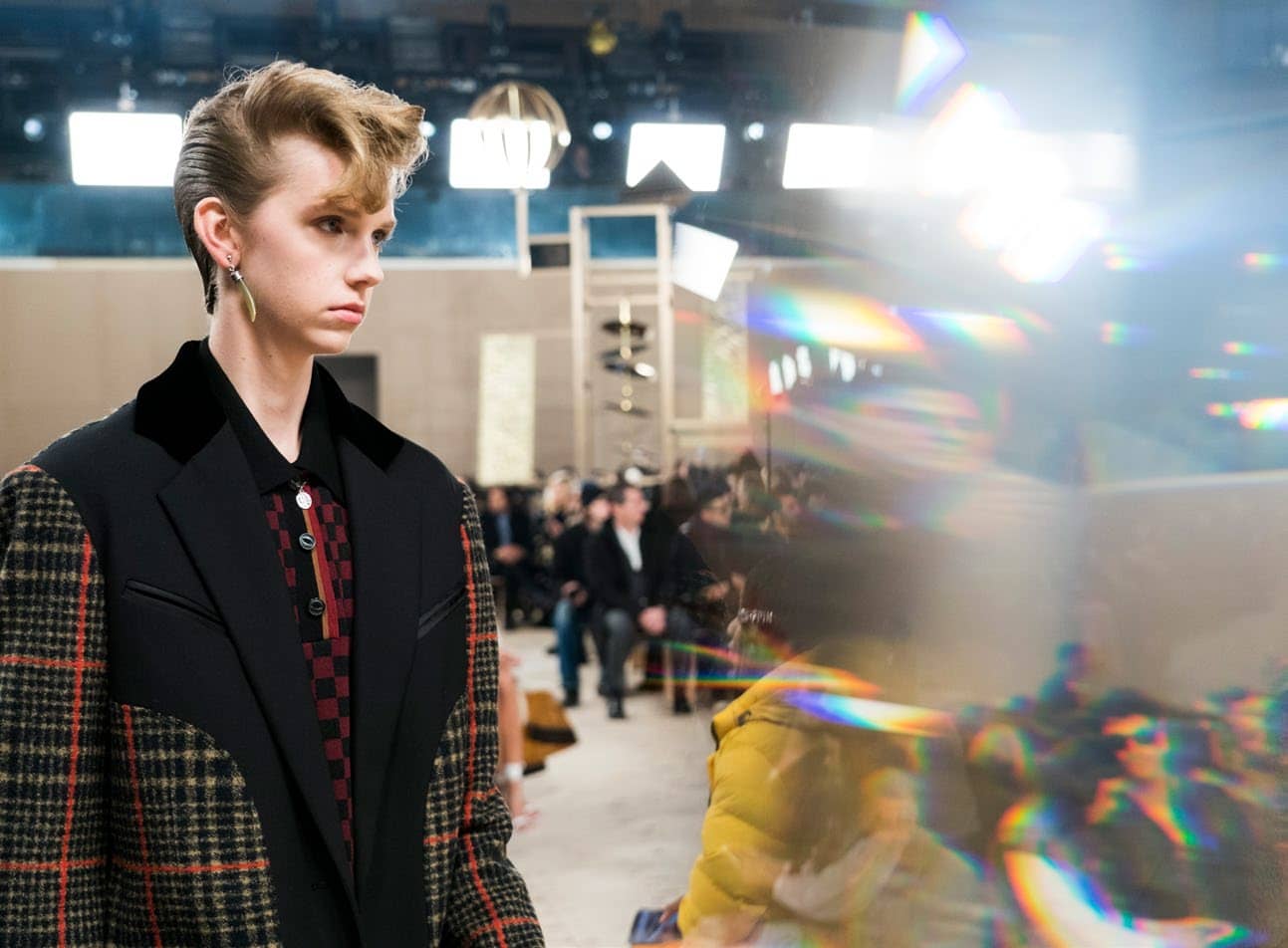 Five Years on, Stuart Vevers Continues to Strengthen the Prairie-meets-rockabilly Style He’s Championed From the Start.

STEPPING THROUGH THE curtains and into Stuart Vevers’s show space, it felt, quite viscerally, like a new day was dawning. In his five years at American fashion house Coach, the British designer has had a track record for favouring dark, dramatic venues for his shows. Remember, this was the man who transported the fashion set to anywhere from a forest at dusk to a glitter-dusted New York street, so to walk into a large, open space filled with light and two large sculptures was quite a shock to the system. The massive metal kinetic sculptures, which he designed himself, set the stage and perhaps provided some structure to a collection with psychedelia on its mind.

Perhaps it was pure coincidence but wood, like the material of the runway on which the models trotted, is also the gift for a fifth wedding anniversary. In his time at the house, Vevers has proven, time and again, the adage that if it ain’t broke don’t fix it. The prairie dresses he first championed at the start of his tenure at Coach now reverberate through the fashion world. As have those handsome, chubby shearling jackets that’ve garnered traction around the globe’s hippest intersections, the fact that they’re Coach is but the cherry on top. This season, while he may not have delivered on the promise of a new day dawning, the ’90s, grunge-y riff he put on his clothes more than made up for it. From the exit of the first model, the want factor was strong. A logo-emblazoned shearling vest (Coach has joined the ranks and gone fur-free) over a sweater, woolen bike shorts and heeled creepers felt like the perfect summation of the push-pull tension he’s given the house. Mainstays like the aforementioned dresses and outerwear have given the brand fashion cred independent from its beginnings in leather goods.

This season, the free-sprited, wind-in-your-hair-ness of a road trip to Big Sur took the wheels. With parkas, leather jackets and oversized sweaters giving the collection a whiff of the ’90s while biking shorts centred the look fully in the here and now, just look to Instagram if you have any doubts that those are having their moment in the sun. The proposition Vevers had here was to use them as a way to hike dresses up, immediately changing their attitude and disrupting their girly nature, shifting a floral frock into something altogether more rebellious. Much like the grunge kids did in their days.

With his bases covered, Vevers ventured into tailoring this season and the result were some of the season’s best. Mannish in nature, with a nod to rockabilly style, he spliced dark panels into plaid and checks almost as if the darkness he used to favour was bubbling back to the surface. They formed fissures in identifiably American fabrics and felt like something of a bigger conversation about what that means in the current political climate.