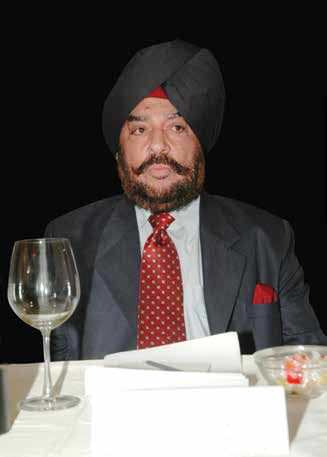 Q&A with an Industry Insider

Arinder Singh Wadhwa started his working life in 1966 in the sales and marketing department of the British engineering company, Gestetner, in New Delhi. After 10 years at Gestetner he moved to the Dalmia Group where he spent the next five years. In 1981 he found his vocation in the spirits business and never looked back. He joined McDowel’s, and worked there for the next 15 years. Between 1996 and 2006, he moved successively from Whyte & Mackay to Stroh Breweries, Him Neel Breweries, Som Distilleries and Breweries, and Empee Distilleries & Breweries, before joining Nature’s Bounty Wines & Allied Products (Pvt) Ltd as CEO and founder director.

When I was approached by Amit Burman to spearhead his new business activity of importing and distributing wines and spirits across India as its CEO and Founder-Director, I accepted his offer. There was very limited availability of wine in those days. The focus was really on whisky. But with such a huge market at my doorstep and a strong brand behind me, my challenge was to burn the rubber and increase market share.

How significant was the wine industry at that time?