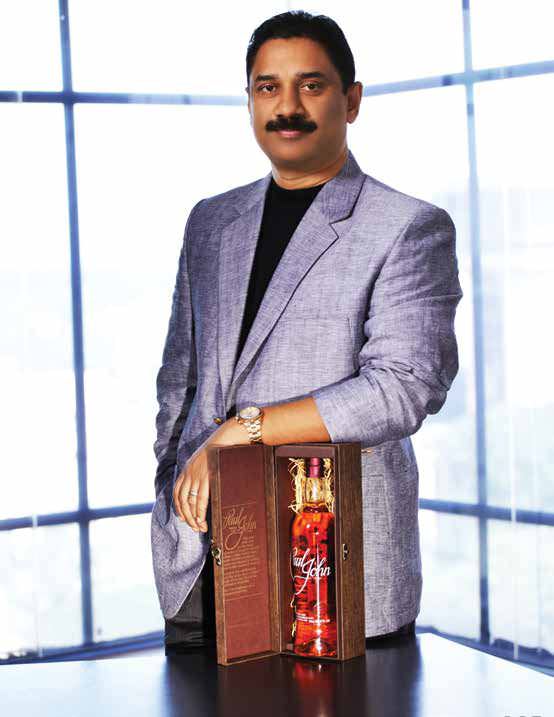 Shortly after Kanya won the award for Asia’s top single malt, Ruma Singh bumped into a thrilled Paul John at Bengaluru airport and extracted a promise for an interview. Excerpts from the interview follow

Indian single malt whiskies have never had it so good. Awards and international recognition have come thick and fast over the last several years. In October 2017, “Paul John Single Malts” added a new feather to its already festooned cap, when the latest addition to its growing portfolio of whiskies, “Kanya by Paul John” was named Asian Whisky of the Year by famous whisky critic Jim Murray’s “Whisky Bible 2018”.

The name is Indian and so is the whisky, but it is a softer, gentler expression. Paul John is the Bangalore-based businessman owner of John Distilleries, maker of “Big Banyan Wines”, “Paul John Single Malts” and proprietor of the luxury lakeside property in Kerala, “Kumarakom Lake Resorts”.

Jim Murray, English writer and journalist, known for his definite opinions and in-depth scrutiny of single malts, said Kanya was “superb”! “Even towards the finale there is still Manuka honey to be found… when a distillery can find honey at the very end of its flavour range and profile, you know they have cracked it.”

Congratulations on “Kanya by Paul John” being named Asian Whisky of the Year by Jim Murray’s Whisky Bible 2018. It achieved this by beating off some serious competition. Can you give us some background on Kanya?

Well, during the regular course of tastings of the barrels that we have, we occasionally discover some exceptionally good barrels. These we use to create extraordinary limited editions. Kanya was discovered in this manner. This particular expression was found to be gentle and smooth. It was recognised as a rare find, and so we created Kanya.

How did you hear about the recognition and what was the reaction of your team?

Michael, our master distiller, was informed of the award by “Dram Good Books”, Jim Murray’s publishing company that publishes “The Whisky Bible”. And of course, the team was elated to hear the wonderful news!

Indian whisky drinkers have taken to single malts in a big way and are familiar with PJSM’s various products such as Brilliance, Edited, Classic, Peated, Bold and Oloroso. Tell us a little about them and the idea behind creating each expression. How many are available in India for Indian whisky lovers?