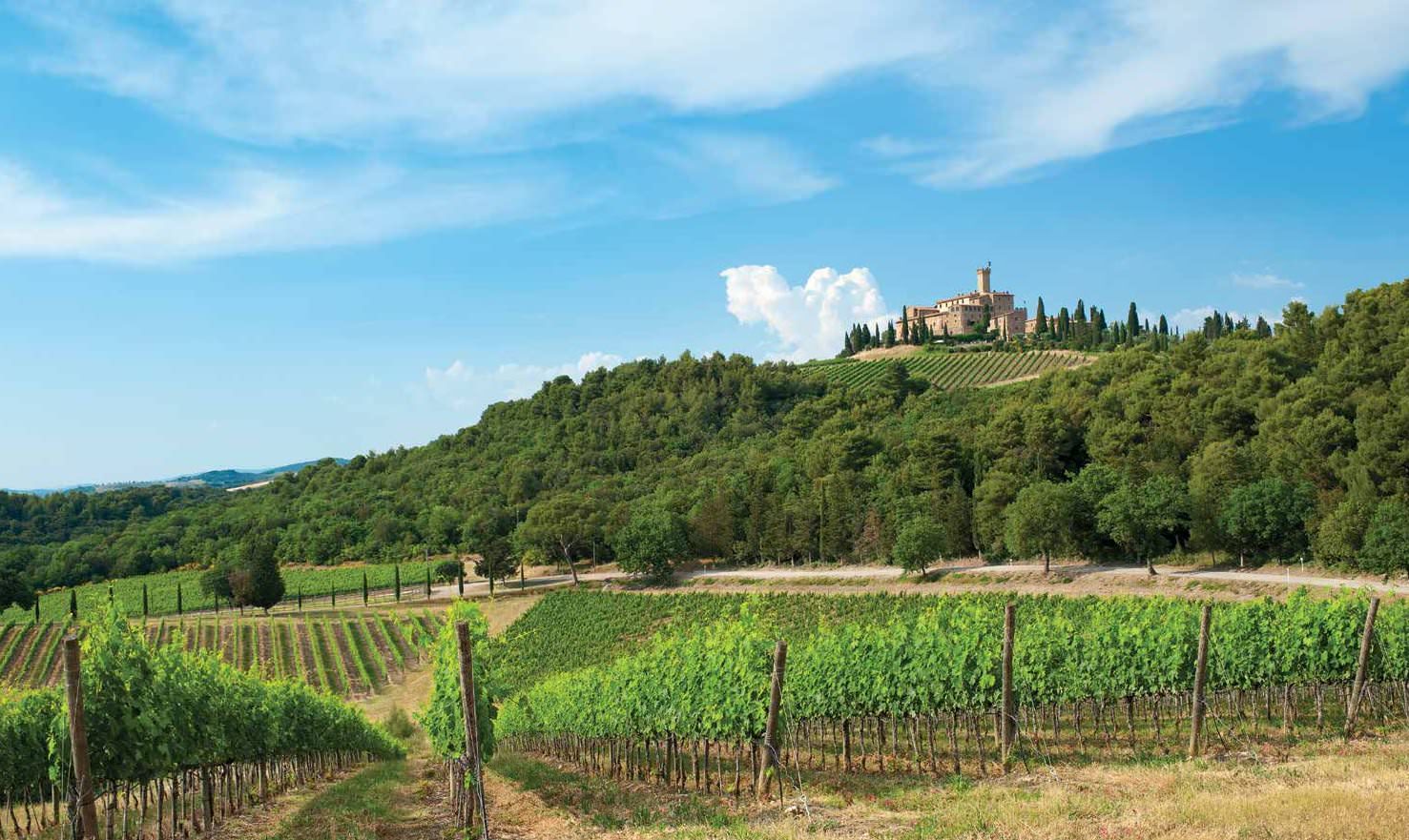 Situated in the southern part of Tuscany and set between the Orcia and Ombrone rivers, Montalcino is one of the most famous towns of the Val d’Orcia – thanks to its top growth wine, Brunello di Montalcino, one of Italy’s most prestigious wines. Montalcino is a typical Tuscan hilltop town dominated by its imposing fortress built in 1361 which overlooks the gentle rolling hills clad by olive groves, vineyards and farmhouses, many of which have now been converted to wineries.

Amidst this timeless scenery, the Castello Banfi estate is an important landmark with its castle and stone hamlet of Borgo Poggio alle Mura – originally developed between the 9th and 13th centuries to defend the southern frontier of the Republic of Siena against enemies such as its fierce rival, Florence. A massive restorative work took place after the Italian-American brothers, John and Harry Mariani acquired it in 1978 and it took the better part of a decade to bring this magnificent structure to its former splendour.

Castello Banfi is one of the historic benchmark wineries responsible for placing Brunello di Montalcino on the global map. Considered a state-of-the-art winery, where innovation meets tradition, its philosophy can be summed up as “a dynamic process of continuous improvement which looks to the future and profits from past experience”. 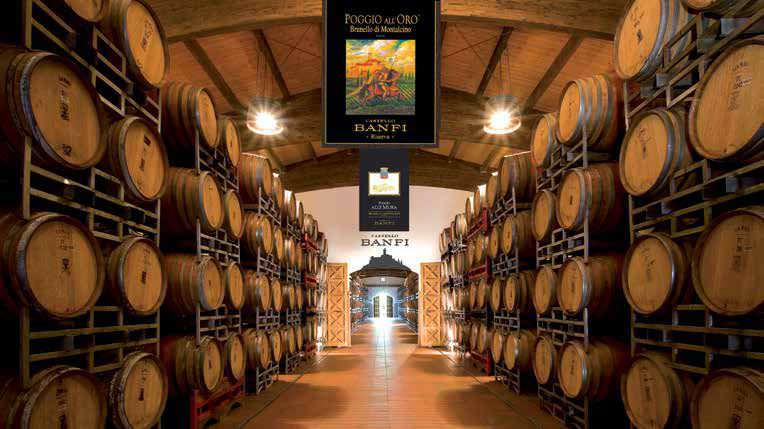 “When my father and uncle came to Montalcino in the 1970s, it was one of the poorest hilltop towns in Tuscany, a desolate area with only a handful of wineries making a wine that was mostly unknown outside of Italy,” says Cristina Mariani-May, proprietor and co-CEO of Castello Banfi. Today, Montalcino is one of the wealthiest hilltop towns in all of Italy, boasting well over 200 Brunello producers making fantastic wine that is revered throughout the world.