Beating The Heat In Akluj

Five cool-climate grapes are growing well at Akluj in southern Maharashtra in the vineyards of Fratelli Wines and their wines are making exciting, unusual blends. Brinda Gill reports

Fifteen years ago, no one would have imagined wine grapes growing here,” says Craig Wedge, Brand Manager, Fratelli Wines, looking at the vast spread of vineyards across the undulating stony terrain of Akluj. “You come here now and see a dozen grape varieties growing in Fratelli’s 300 acres of estate vineyards. And then you see cool-climate grape varieties among them and you say, ‘What the hell! What is going on here?’ These vines should be growing in the foothills of the Himalayas where the temperature is between 0°C and 18°C, and not here where the temperature is between 15°C and 45°C. That prompts the question – how did Fratelli make it happen?”

Once a dry, barren land, Akluj became arable and witnessed a transformation through the vision of cooperative leader, Shankarrao Mohite-Patil (1918-1979), who spearheaded the growth of sugarcane plantations, established a sugar factory and undertook several development initiatives. 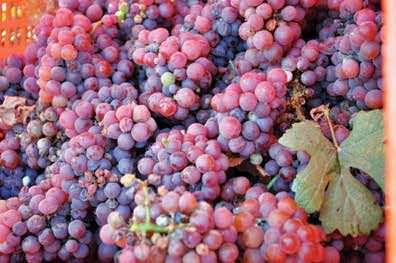 To recap a well-known story, in 2006 a collaboration between the brothers of three families, that is, Alessio and Andrea Secci from Italy, Kapil and Gaurav Sekhri from New Delhi, and Ranjit and Arjun Mohite-Patil from Akluj along with agronomist Piero Masi from Tuscany as chief winemaker, saw the founding of Fratelli Wines. Extensive vineyards, a modern winery and a guesthouse were established at Akluj in southern Maharashtra, as opposed to Nashik which is in northwestern Maharashtra and known as the wine capital of India. The area saw a flurry of activity as 330 km of trenches were dug, 350,000 saplings planted, imported from France, and an extensive drip irrigation system laid out. Grapes were subsequently harvested and wines produced. Fratelli entered the market in 2010 with the release of three wines, namely, Chenin Blanc, Sauvignon Blanc and Cabernet Sauvignon, and steadily added to their portfolio. As of 2017, the winery produces 28 wines and a total volume of 2,300,000 litres. This includes labels for the domestic, retail market as well as for restaurants and hotels. Fratelli is India’s most widely distributed domestic wine brand after Sula. The wines are distributed in 16 Indian states and exported to five countries.