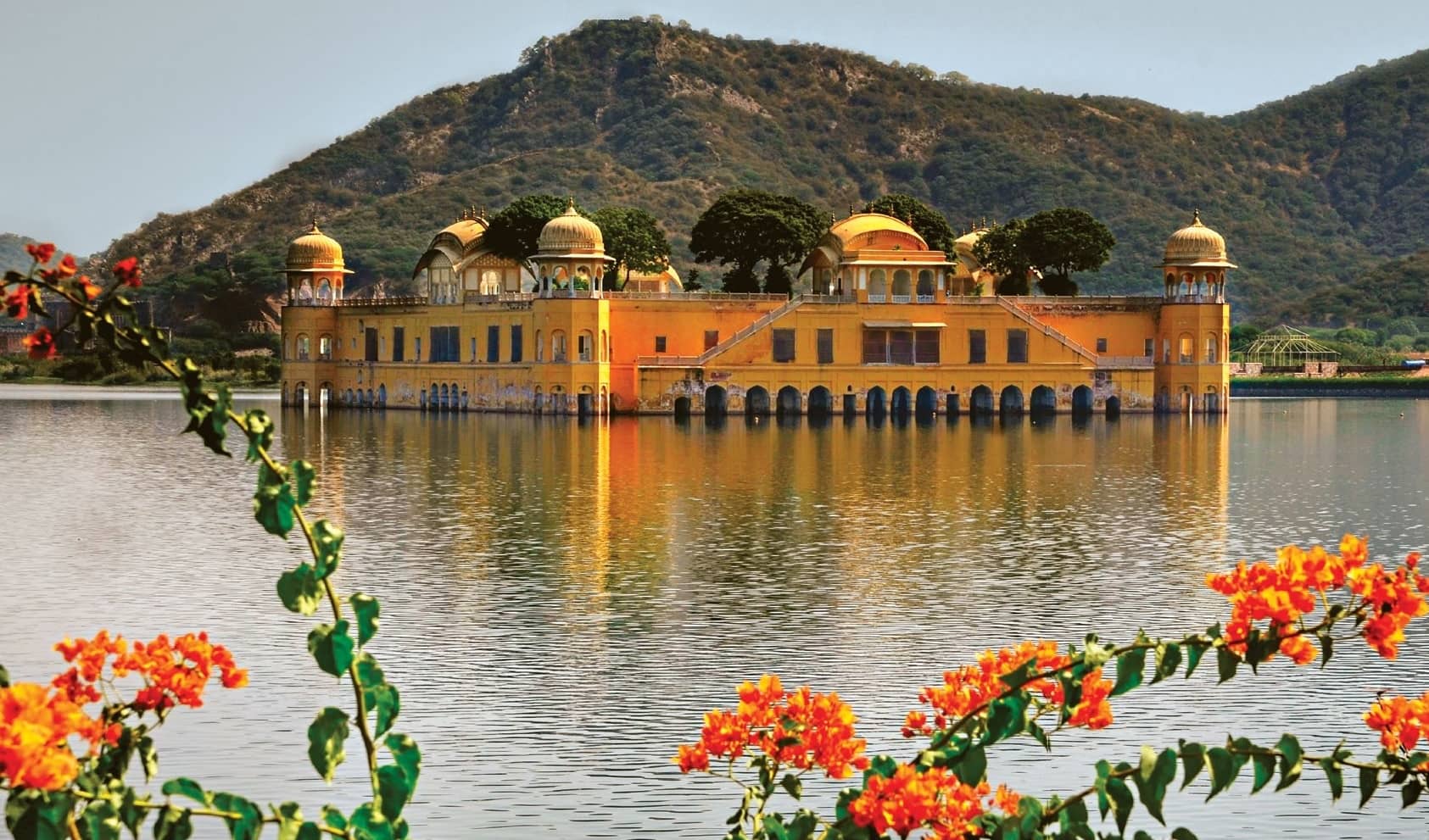 The Land Of Historical Forts And Palaces

Rajasthan has witnessed ‘Rajas’ and ‘Maharajahs’ who left their marks in the history of India – majestic hill forts and exquisite palaces, with magnificent cultures, each one of them narrating the legends of its kings and kingdom. Rajasthan gives us good reasons for exploring the beautiful structures and stunning architecture which are beyond comparison.

Mehrangarh Fort is the pride of Jodhpur, Rajasthan, because of its splendid architecture and diverse history. The fort, spread over an area of approximately five square kilometres, is considered to be one of the largest forts in India. It preserves the country’s rich history and also depicts the royal life of the ‘Rathores’ of Rajasthan. Mehrangarh Fort has seven entry gates. These gates were built by different rulers, as a mark of honour immortalising their victories over the armies of Bikaner and Jaipur. Overlooking the fort, one can see a panoramic view of Jodhpur city which resembles a blue carpet. Within the fort are several magnificent palaces – the main palaces are Moti Mahal, Phool Mahal, Sheesh Mahal, Zenana Dude, Takht Vilas and Jhanki Mahal. There are also two temples located inside the fort Chamundi Devi Mandir and Nagnechiaji Mandir, dedicated to Goddess Durga and Kuldevi, respectively.

A museum within the Mehrangarh fort exhibits a rich collection of palanquins, musical instruments, royal cradles, costumes, arms, furniture and paintings of the bygone era. Gangaur and Dussehra are the traditional festivals celebrated annually at Mehrangarh Fort . 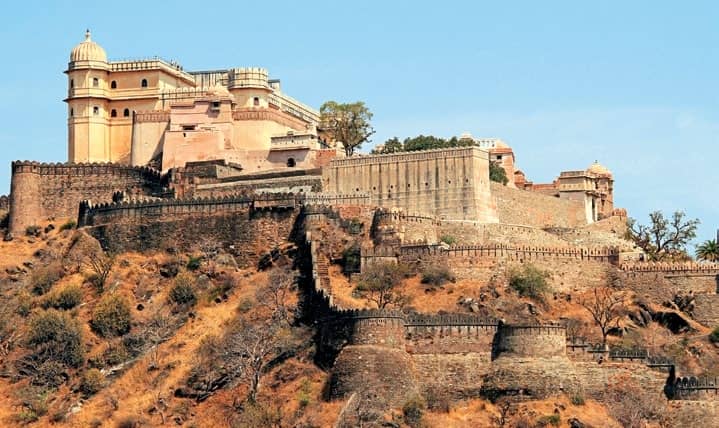 KUMBHALGARH FORT the Palace of Clouds

Kumbhalgarh Fort in Rajasthan, located at a distance of 64 kms from Udaipur in the Rajasmand district, is considered as the second most important fort after Chittorgarh. Encircled by 13 elevated mountain peaks, the fort is constructed on the topmost ridges, around 1,914 metres above sea level. The fort’s massive wall stretches some 36 kms with a width enough to take eight horses abreast. The huge complex of the fort has numerous palaces, temples and gardens, enhancing the grandeur of the fort.