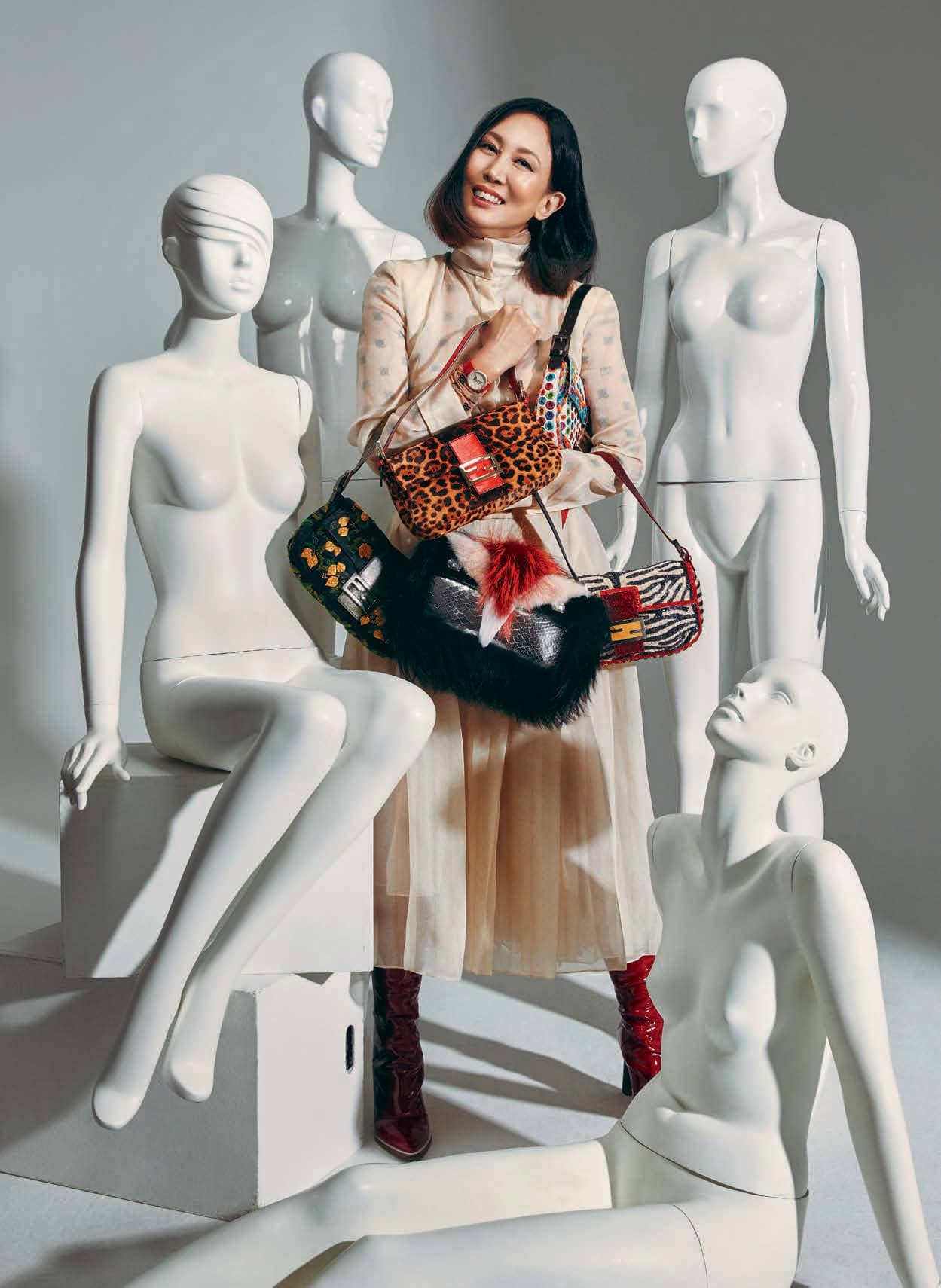 What does a woman’s archival wardrobe say about her evolution in life and style? We delve into the sartorial journey of four women interwoven in three heritage brands
Adibah Isa

Shuttling daily from Cambridge to London during her first year as a medical student in 1997 in the UK, June Rin stumbled upon the launch of the Fendi Baguette at Harrods. It was quite the original It bag that caused a storm, a piece that even today’s viral personalities would be jealous of. Holding the Baguette in one hand, June contemplated if she needed it as a long line formed behind her. “I hadn’t slept for 36 hours, I was really tired and not very rational,” she recalled, sheepishly. “Who would buy this bag? It was so OTT! People behind me asked, ‘Are you going to take it?’ The answer was… yes!”

That moment in Harrods was when Fendi truly caught her attention. Designed in a simple shape that was roomy enough for essentials and small enough to nestle under your arm the same way the French carry their baguettes, the Baguette defined a generation of those who came of age in the late 1990s and early 2000s. Created by Fendi creative director of accessories, menswear and children, Silvia Venturini Fendi, with the late Karl Lagerfeld in 1996, the accessory was a rebel with a cause for individuality.

“It’s not a heart-warming story,” June reflected on her introduction to the Baguette. “No, your fashion fairy was with you!” the hairstylist retorted as he tamed and teased her bob prior to this photo shoot, where she singled out the Baguettes she owns that serve as memory keepers: a woven beauty that once belonged to her mother, a dramatic tiger print and red strap combo gifted by a friend, and another favourite with eclectic mirrored panels. Of the 30-odd Fendi bags in her collection, a handful have been handed down by her mother.

June herself embodies the traits of a Fendi woman, a multifaceted individual who can wear the different styles Lagerfeld used to construct for the brand with ease. As such, the senior consultant of anaesthesiology and neuro-critical care at the Singapore General Hospital wears many hats. She is also an adjunct assistant professor at the Duke-NUS Medical School and a clinical lecturer at the NUS Yong Loo Lin Medical School, and president of the Singapore Council of Women’s Organisations championing women’s rights.

This continuous evolvement within her is another trait she shares with Lagerfeld. “Karl is an incredible chameleon,” she said. “You can see it in each label he designed for. He could morph into Fendi, which was so different from Chanel and his own label. So many designers have come and gone, but he’s perennial, relevant and fresh. Even though he has passed, it doesn’t feel like he’s left.”