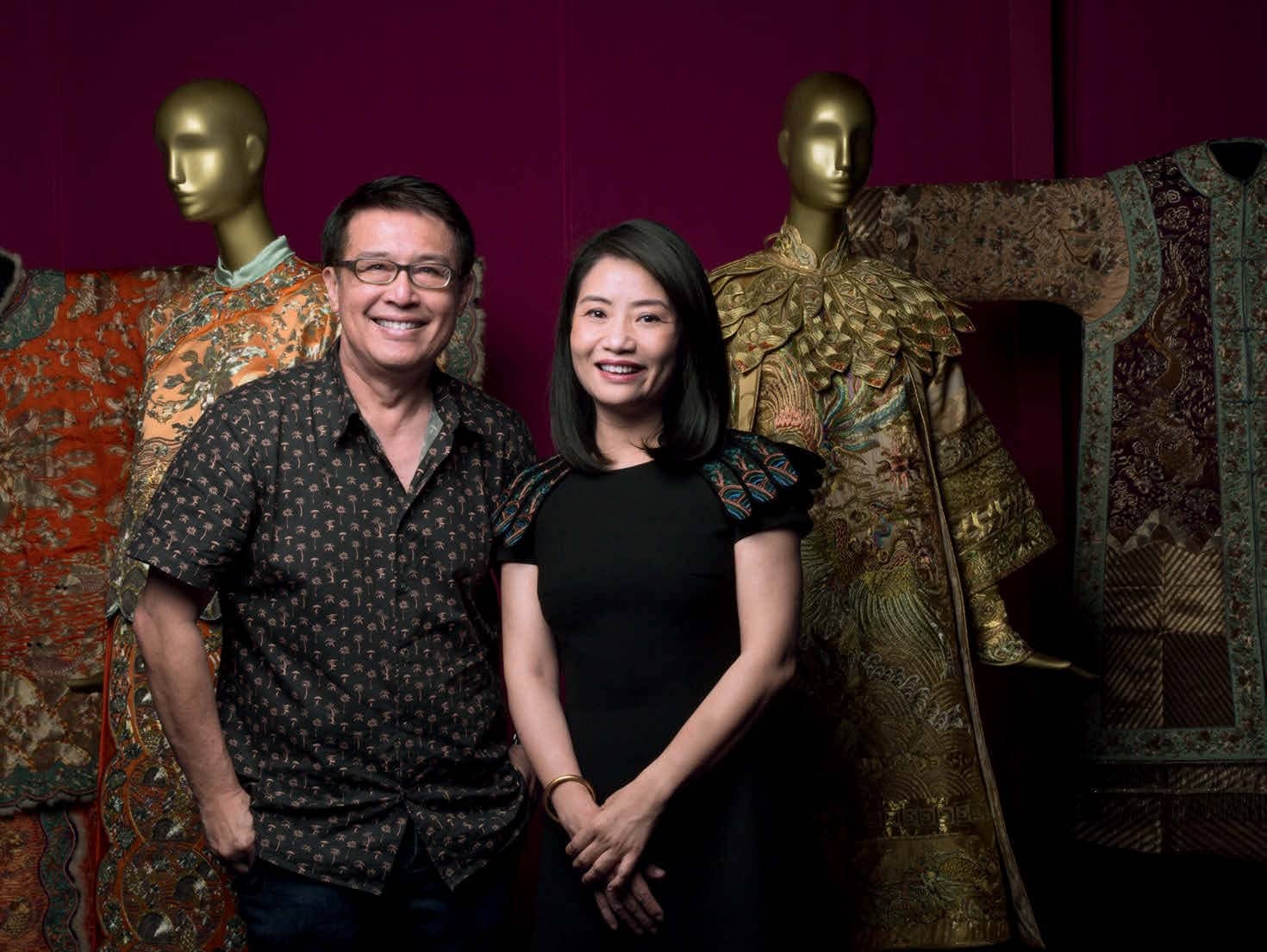 Like books, Guo Pei’s couture gowns have names, and they contain stories. Palace Flowers, for instance, is a 2012 piece that features 5,500 silk peonies, and the Beijing-born designer tells us a tale about these delicate blossoms that is simply enchanting.

Chinese artisans used to shape and paint such silk flowers by hand, and her maternal grandmother had worn some in her hair on her wedding day. During the Cultural Revolution, which started in 1966 and lasted a decade, she threw away all her jewellery and fine clothes for fear of being persecuted. But she kept her silk flowers, and when Guo was a good girl, her grandmother would let her have a glimpse of them. “I was never able to find out where she hid the flowers,” the couturier tells us as she gives us a tour of the Guo Pei: Chinese Art & Couture exhibition at the Asian Civilisations Museum (ACM). “Looking at them was a gift I really cherished.”

Many years later, when she started asking around for craftsmen to teach her the technique of making these flowers, Guo realised that the trade no longer existed. But someone who used to own one of these artisan workshops pointed her to a warehouse that still stored some of these handcrafted blossoms.