The Shape Of Water
Cruising is the best way to travel to the world’s most extraordinary, yet hard-to-reach destinations. Through Ventures by Seabourn’s expedition programme, travellers can discover nature, unadulterated, without having to leave luxury behind
Kissa Castañeda

My alarm buzzed at 6am, which wouldn’t have been out of the ordinary except for the fact that I wasn’t getting ready for work. I was actually half the world away—aboard the Seabourn Quest sailing towards Ísafjörður, a small fishing town in the Westfjords region of Iceland. It was the first port of call after departing Reykjavik on a “15-day Iceland and North Cape Quest”, an itinerary that takes travellers to the western and northern parts of Iceland, across the Arctic Circle to Norway, down and around the Norwegian fjords and ultimately concluding in Copenhagen.

I drew the blackout curtains—a necessity to keep out the eternal sunshine that defines Arctic summers—and took in the view of an imposing glaciated valley with deep snow-filled striations that reminded me of black Carrara marble with sleek veining. The Quest was sailing slowly into a fjord, moving gracefully through the gunmetal waters. This expedition ship was built to traverse such narrow passages and withstand extreme weather, a must as it spends most of its time sailing the icy wilderness of Antarctica. A few minutes later, my doorbell rang with my host (Seabourn’s version of a butler) bearing a breakfast of granola, yogurt and English Breakfast tea—a light start because today, I’m going off the ship for an expedition. 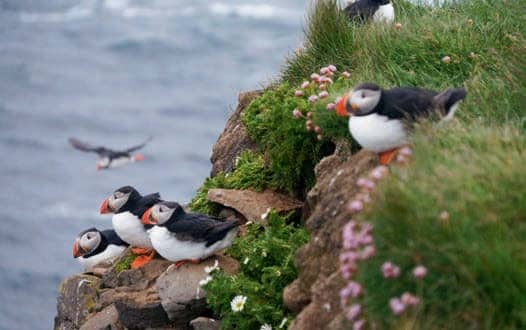 There was a time when cruising was largely viewed as a form of travel tailor-made for an older clientele with little sense of adventure. While there are certainly options that satisfy this demographic, cruising has grown more diverse when it comes to its guests as well as its offerings. The ultra-luxury sector, in particular, has seen a growing demand for active and authentic shore excursions that go far beyond bus tours at the port. That’s why Ventures by Seabourn, an expert-led expedition programme that provides experiences centred on nature and education, are offered on almost every stop on this trip on the Arctic Ocean.