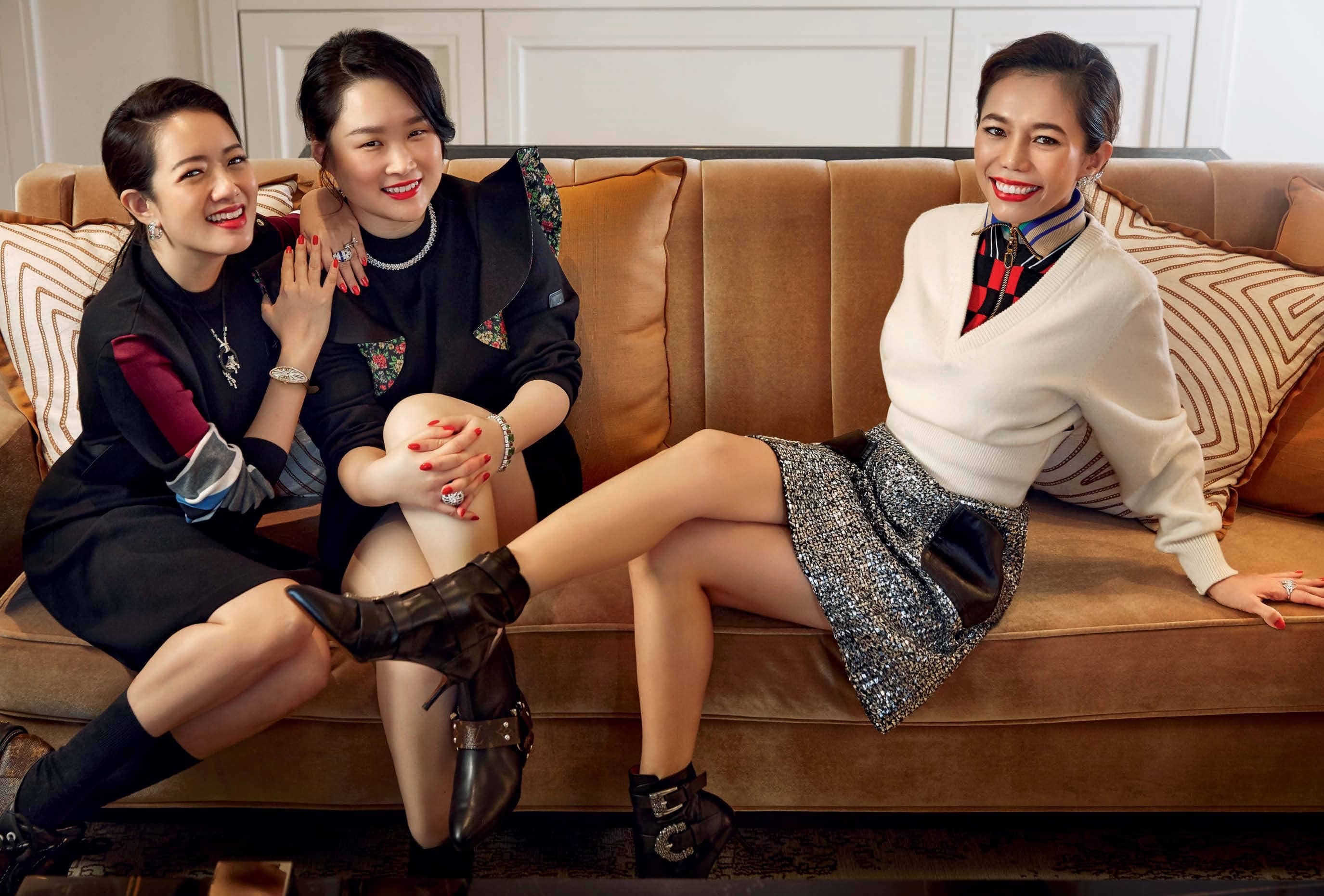 Within the historic setting of the newly refurbished Raffles Singapore, Elaine Kim, Lam Tze Tze and Ginny Wiluan reflect on how their family values have guided their outlook on work and life 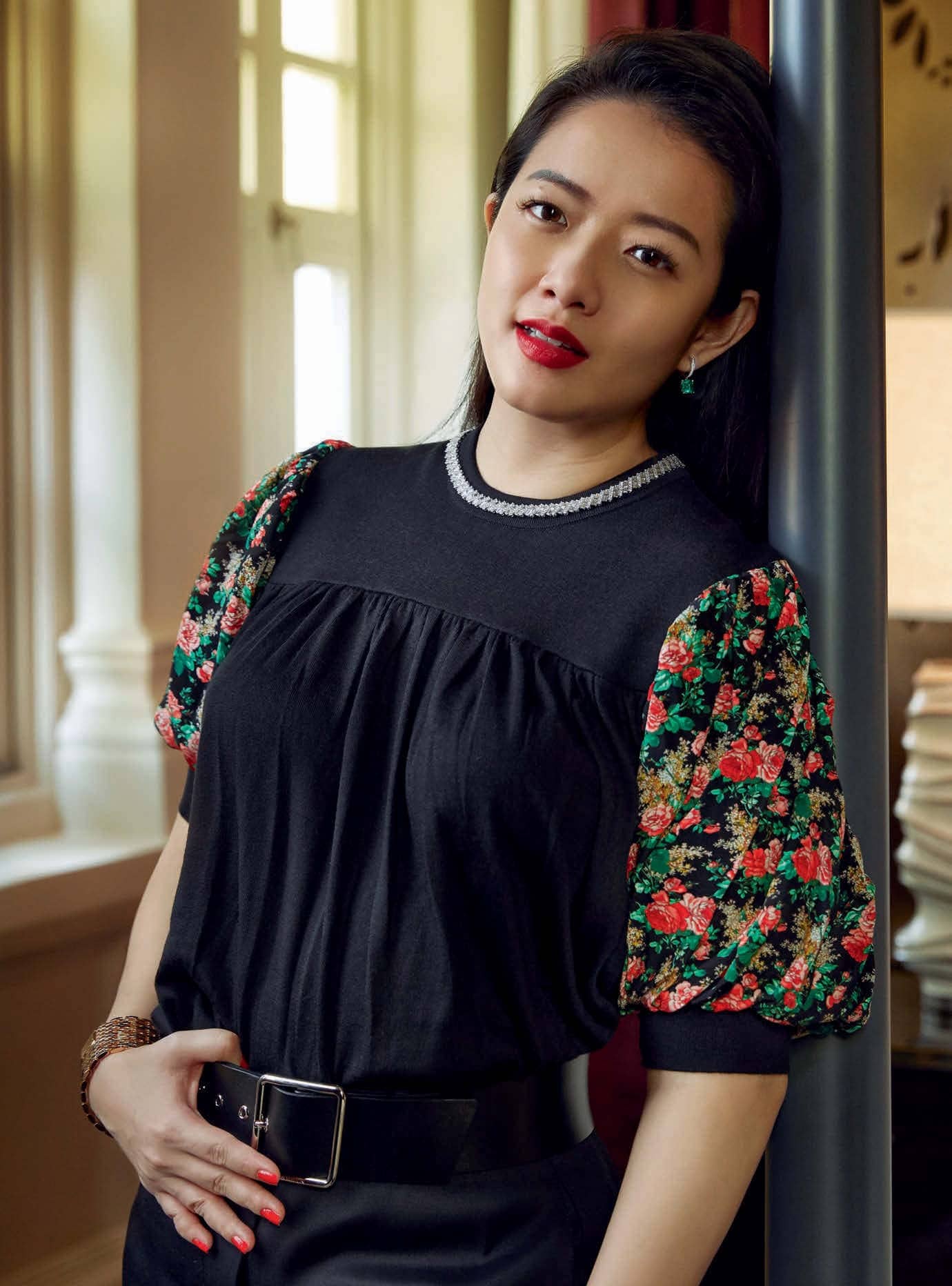 With its aura of old-world charm, it is easy to feel like you are time-travelling back to a slower way of life when you spend an afternoon ensconced in Raffles Singapore, as we did for this cover shoot. But, of

course, the way we live has transformed immensely since this grande dame opened its doors 132 years ago, and parents trying to figure out the best way to prepare their children for the unknown future are acutely aware of the modern world’s ever-accelerating pace of change. Elaine Kim—mother to three boys aged eight, six and two—is no exception.

In fact, the result of her preoccupation with improving early childhood education is just a stone’s throw away from our photo shoot location. Over at the nearby Funan mall, Trehaus, a business co-founded by Elaine in 2016, numbers among the tenants of the newly reconceived integrated development. It started out as a co-working space with childcare services and was partly inspired by Elaine’s experience as a working mum. “Spending time with my children was so precious to me, and I wanted to create a space where you could work and still have your children in your life,” she says.

“All my children attended top preschool programmes, and I felt none of these really prepared them well,” Elaine says candidly. “Things in this sector have not changed for decades. But grades are not the only thing that matters. Soft skills and character, these are very important to me. We want to bring up kids who don’t just think about what they want to do when they grow up, but how they can make the world better. We want to raise change-makers.”

The eldest of two children born to doctor Ben Neo and member of parliament Lily Neo, Elaine was raised to remember that “in everything we do, we should think about how to make a positive impact for others”, she says. “My parents do that in their lives and work, and that strong belief has guided all the things I do.” It influenced her choice of specialising in palliative care as a doctor, and is also the reason she co-founded Crib, a social enterprise that aims to empower female entrepreneurs.

This non-profit’s philanthropic arm, Crib Gives Back, raises funds for organisations such as EmancipAction, which aids victims of sex trafficking; as well as Operation Hope Foundation, which helps the underprivileged in developing countries. Crib Gives Back collaborated with the latter on Holiday For Hope, a signature initiative that saw donors travelling to Cambodia in 2018 to distribute necessities to communities in need. Elaine brought her boys with her on the trip, and “it’s been so meaningful to me to be able to involve them, and help them see how we can try to make a difference”.