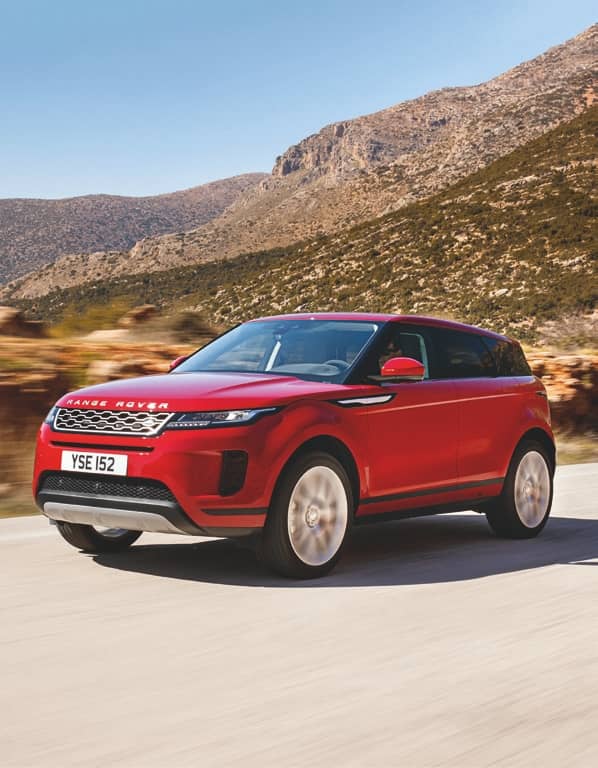 The second-generation Evoque gains quality, features and style, but the incisive drive that so defined its predecessor is somewhat lacking.

When the Range Rover Evoque made its debut in LRX concept form 11 years ago, the world was a very different place. For starters, it didn’t have the proliferation of crossovers that we now see today.

And while it’s overstating things a bit to say that the Evoque – which made its full production debut in 2011 – was solely responsible for that, you can’t deny that it was a catalyst in that evolutionary explosion and the standard by which the genre would come to be judged.

Not too shabby, since prior to the LRX concept and Evoque, ‘stylish’ was not a word you’d utter in the same sentence as ‘Range Rover’.

These days, there are sporty-looking mid-sized SUVs from just about any manufacturer you care to name. Which makes the task of the second-generation Evoque all the more onerous. Not only will it have to surpass its predecessor, it will have to do so against cars from manufacturers far larger than the comparatively small Jaguar Land Rover Group.

So, the strides gained by the new Evoque over its predecessor only seem all the more impressive. Its sheetmetal, to these untrained eyes at least, looks better pressed, the creases more precise and the curves less crude.

Copper-coloured accents dot the exterior (though that’s only something you get by paying for First Edition models) and the new Evoque also now features door handles that retract flush with the body when the vehicle is in motion. A pretty slick touch that made its debut on the Velar.

Speaking of the Velar, the new Evoque looks more blocky and muscular against its predecessor. The net effect is to make it look like a junior version of the Velar than a ‘true’ compact SUV. It’s surprising how much more presence the car now has, since the new Evoque is just a millimetre longer overall, though its wheelbase has grown by a whopping 21mm.