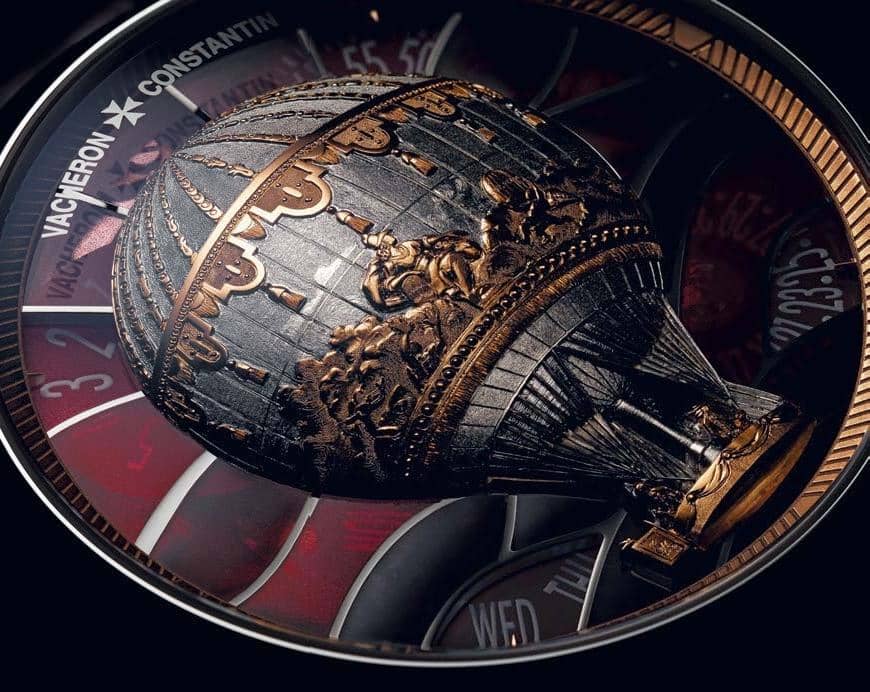 As it turns out, there are more ways than one to tell the time.

When we speak of innovation in haute horlogerie, we are discussing creative expressions in the art of mechanical watchmaking. We are looking at the physical manifestation of timekeeping as imagined by different watchmakers. We are experiencing time in new and unique dimensions. For this reason, the workbenches of smaller artisan brands and independent watchmakers are often where you’ll find the best (perhaps also the most outrageous) examples of horological innovation.

An MB&F (www.mbandf.com) watch is nothing if not unconventional. Founder and creative director, Maximilian Büsser, has said: “Brand DNA is the biggest enemy of innovation because it gives you grooves and you can’t get out of those grooves.” So what does he do? Once a project is done, it’s done. He won’t do the same thing again. And indeed if there were a brand DNA at MB&F, it is not to have a DNA at all. 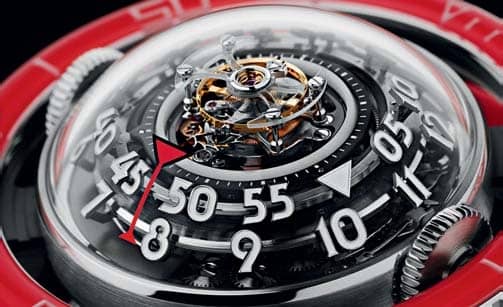 Many of his timepieces, dubbed Horological Machines, tell the time with some of the most imaginative hour-minute displays. An MB&F machine is, as it were, far less about timekeeping per se than it is about creative expression. References such as HM7 Aquapod, HM6 Space Pirate and HMs 3, 5, 8 and X don’t even come with hour and minute hands, but still manage to tell the time beautifully.

Fellow independent Urwerk (www.urwerk. com) also cut its teeth reinventing the hand. Until brand founders Felix Baumgartner and Martin Frei came along, the quintessential image of a timepiece was a round dial with two hands. Baumgartner and Frei’s first watches were revolutionary in design and concept, yet traditional in execution, finish and mechanics. 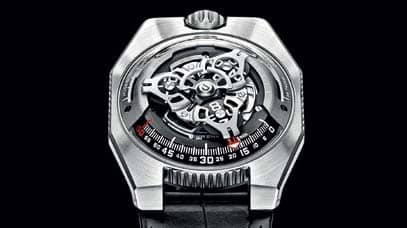