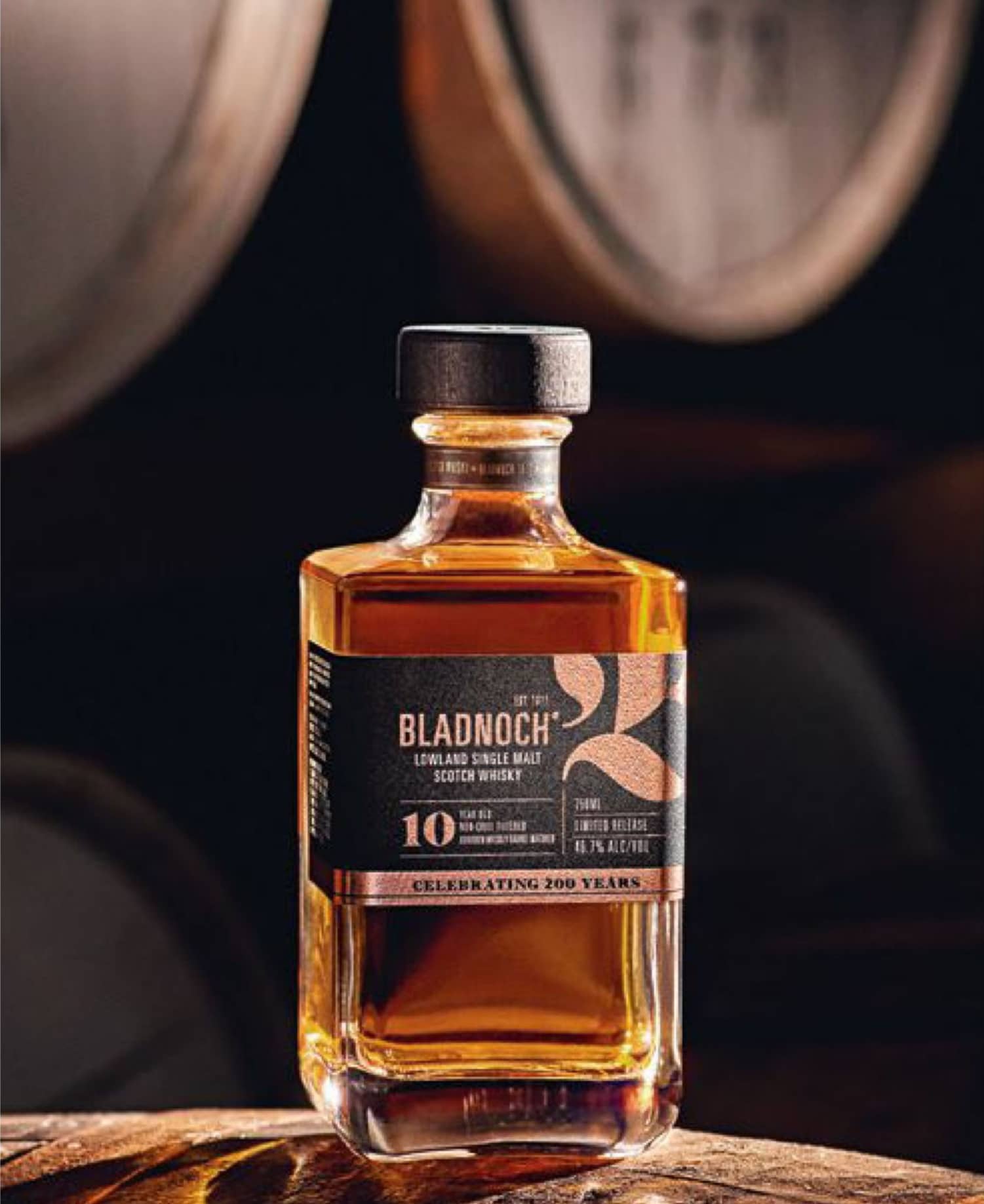 Bladnoch Distillery, rescued by Australian millionaire and entrepreneur David Prior, opened its doors in 2019 and is now headed by The Macallan’s former master distiller, Nick Savage. Jack Croxford-Scott visits the space and tries its new and exclusive Private Cask Experience.

THESE ARE THE words of Alfred Barnard, a Victorian historian and writer, when reflecting on his 10-hour steam rail journey from Edinburgh to Galloway in south-west Scotland. The purpose of Barnard’s expedition in the winter of 1886? Whisky. Barnard was undertaking a mammoth two-year tour of Scotland’s whisky distilleries.

Arriving in Galloway, he was welcomed into Bladnoch Distillery. Founded in 1817 by John and Thomas McClelland, Bladnoch is one of the oldest distilleries in Scotland. With its whinstone walls and its position alongside the banks of the River Bladnoch, it is also undeniably one of the country’s most charming.

For much of its long life, Bladnoch has been a hidden gem – its light and grassy spirit slumbering away by the river without fuss, and free from the lavish marketing campaigns of the larger distilleries. But shying away from the limelight does not always pay dividends when you are in the business of selling whisky. Running out of funds and miles behind the powerhouse distilleries of the Highlands, Bladnoch’s copper stills ran cold in 2009 and the site was soon closed. Seemingly destined to take its sad place amongst Scotland’s closed distilleries, Bladnoch found an unlikely saviour in David Prior. Having built and sold an organic yoghurt empire in his native Australia, Prior could not resist the opportunity to bring Bladnoch back to life.

First, this quaint Lowland distillery enjoyed a top to bottom refit, which saw two additional copper pot stills installed to double capacity. A succession of decanter bottled releases followed, showcasing the breadth of the stocks that had been hidden during Bladnoch’s time in the shadows.