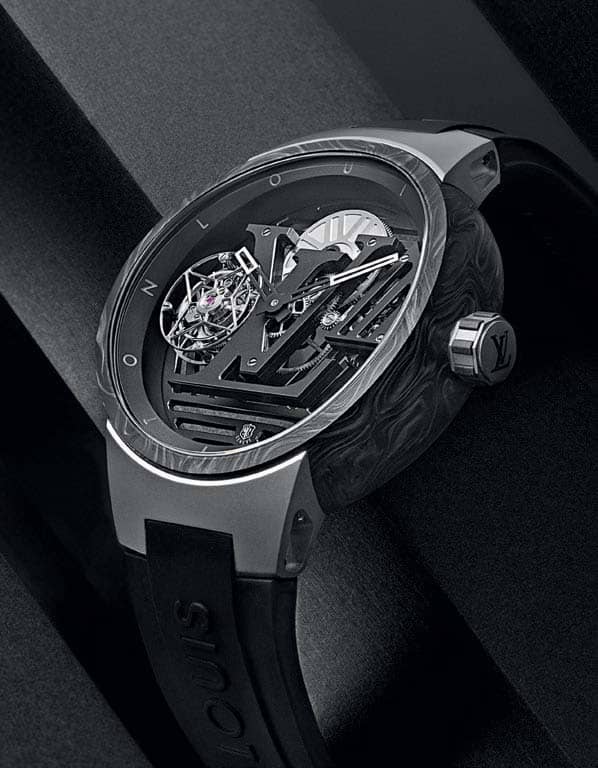 At Louis Vuitton, high watchmaking isn’t complete without a touch of creativity.

In addition to the many fun, trendy fashion accessories that have become a huge hit with the legion of Louis Vuitton fans, the French maison has also come into its own with Haute Horlogerie – a market segment that is a notoriously ‘tough nut to crack’. To some extent, this can be attributed to its 2012 acquisition of La Fabrique du Temps.

Formerly situated in La Chaux-de-Fonds – and resident in Geneva since 2014 – La Fabrique du Temps lent its watchmaking finesse to the brand, and enabled it to establish itself as a legitimate player in the world of Haute Horlogerie. 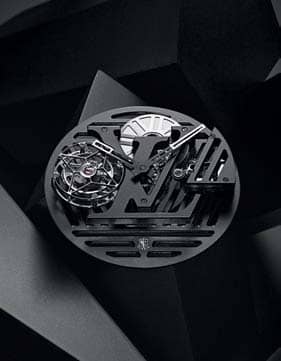 Combinations of terms such as ‘flying tourbillon’, ‘minute repeater’ and ‘world timer’ are now regularly bandied about in Louis Vuitton’s high watchmaking lexicon.

As a fashion house, it has to work extra hard to prove its mettle, and the Louis Vuitton difference comes from within. This is why you always see a distinctive Parisian flair in all of its timepieces, from the smallest trinkets to the horological heavyweights. Travel is a beloved theme at the house, but the spirit of exploration and adventure, and the thrill of discovering something new, is even more so.

So with the Tambour Curve Tourbillon Volant Poinçon de Genève, the maison decided to put a new technical spin on the iconic Tambour collection without stepping away from its usual milieu of art and design. At a glance, this is a resolutely masculine sports watch. But look closer and you’ll see that it’s Louis Vuitton’s most futuristic interpretation of high-tech watchmaking art.

Offering a new silhouette that follows the curvature of the wrist, its case was inspired by the Möbius strip which lends the watch a stretched, elongated shape. But the big news here is its special case material called CarboStratum, which is a crossover from the world of aeronautics.