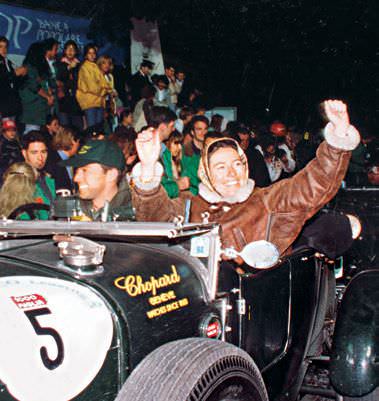 The Italian Mille Miglia has often been called the most beautiful race in the world. Legendary racing driver Jacky Ickx tells us why.

“The Mille Miglia. What is it? It’s a race born from the minds of some wealthy businessmen or aristocrats in Italy in the early days after World War I. They started the first race in 1927. It was reserved for gentlemen, or people who were able to buy a beautiful car because, except for Ford with the Ford model T, the cars racing at Mille Miglia were generally accessible only to the privileged.

It lasted until 1957 and stopped thereafter because of a huge accident on the open road. A car finished into the crowd, leaving 16 or 17 dead. So Mille Miglia was banned. But it was the history that was interesting. Historically it was to start from Brescia to Rome and return, all on normal roads. The race was an open door for legendary action, in a way. It also charted the evolution of the automobile industry.