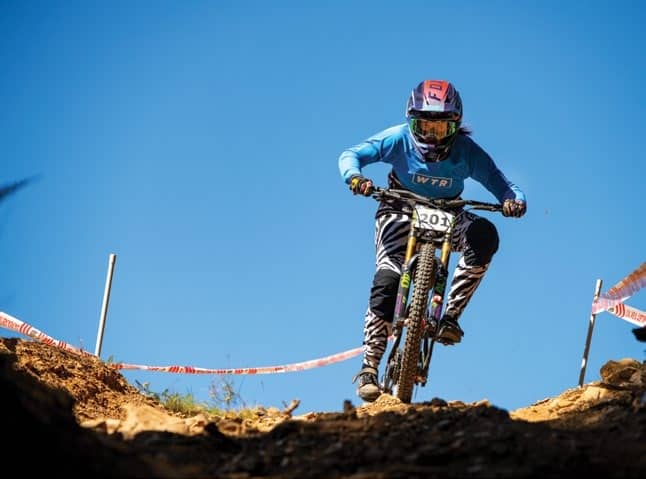 Who said Aussie DH racing was fading away? Even in these trying times, the mtba dh nationals went off with a bang as hundreds of racers lined up to conquer the iconic ‘mystic’ track at bright, victoria.

All weekend long the event atmosphere was amazing which was only amplified by the last minute news that in fact Troy Brosnan and Connor Fearon were going to make the race, having both travelled to Europe for the scheduled World Cup opening round which got cancelled due to COVID-19 and so the boys decided to make a last ditch effort to fly straight back to Oz and head directly to Bright. Race teams from all over the nation were in their tents lined up next to stacks of brand exhibition tents from the likes of Intense, GT, Merida, and KRUSH OZ. SRAM Australia were also on hand with their usual kickass race set-up offering tech support to riders. 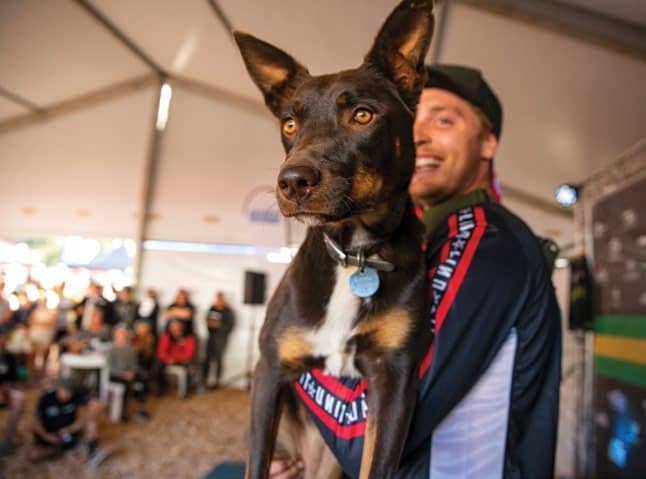 Now let’s talk about the track and what a monster of a course it is! Several of the elite riders have been quoted as saying the Bright DH track is as close to a World Cup track as could possibly be (which raises the question: when is Australia going to host another World Cup, eh?) Starting at the top of Mystic MTB park overlooking the peaceful high-country mountains, this view was the last bit of peace you were going to have until the end of the track. Out of the gate, racers were sprinting down a steep rocky fire road then a hard right sent them into the 3 and a half minute gauntlet of rocks and roots. During the track walk, the track looked rough but manageable, with wide bunting there appeared to be plenty of line choices, however, as the days went on there were two or three major line choices. 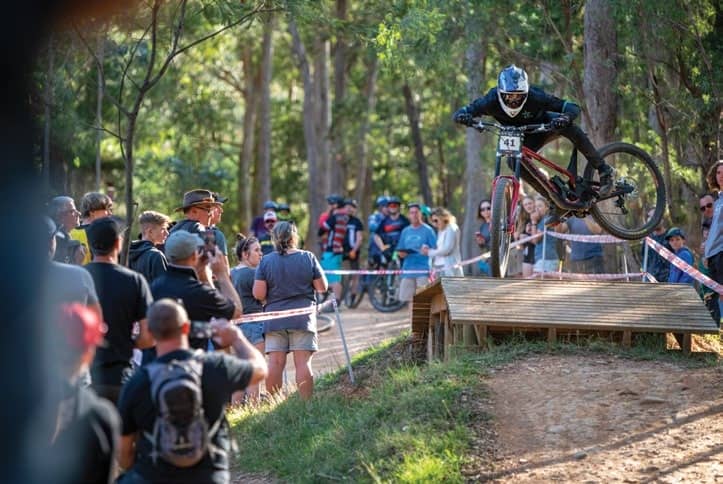