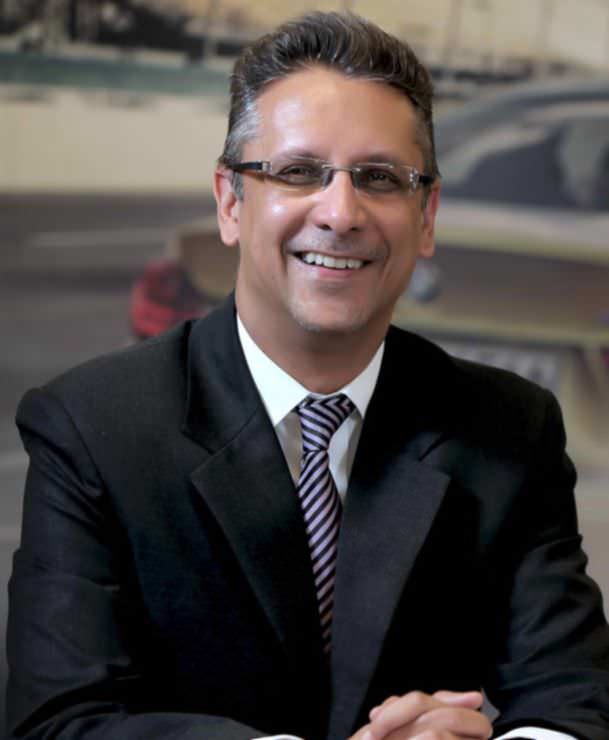 Vikram Pawah: BMW Is Committed To Provide ‘Sheer Driving Pleasure’ With BMW, MINI and Motorrad, the BMW Group has its sight set firmly on the premium sector of the Indian automobile market. Along with automobiles and motorcycles, the BMW Group’s activities in India comprise of financial services for its premium clientele.

1. What is your view on the current scenario of the luxury market in India and how will it evolve in the next few years for the Auto Industry?

The Indian luxury car market and the customer base has evolved tremendously in the last decade. It is expected to double by 2020. Apart from traditionally wealthy families, the new group of achievers in emerging India has fueled the aspirations for luxury cars. Since entering the Indian market in 2007, we have put more than 70,000 cars on Indian roads.

However, the last few years have not been easy years for the Indian automotive industry.

We have been continuously confronted with various challenges due to ambiguity and instability in the regulatory framework. Impact of demonetization, a rushed implementation of new taxation regime (Goods and Services Tax), stricter emission norms, quick tip of scales towards petrol, and more recently, the customs duty increase on CKD cars along with additional 10% surcharge on luxury cars, all these factors created road-blocks for us.

For long-term success, the taxation regime needs to have a stable outlook. Frequent changes in government policies and tax structure are not viable for business as the realignment involves a lot of effort, time and cost. If the policy is not even stable for a year at length, it becomes difficult to make a long-term strategic business plans. It has a negative impact on the stability and growth of the luxury automotive industry and also goes against the spirit of ‘Make in India’.

Despite these challenges, BMW Group India has achieved successful growth as a result of its robust strategy of ‘Power to Lead’, a resolute approach in its implementation and absolute commitment to all customers and their needs. We have created a differentiating factor in the Indian luxury car market with the strength of our brands, products and innovative customer initiatives. Our competence and efficiency in adapting to changes faster than others has been the key to our success in the Indian market.

Today, BMW India is a fast growing luxury car manufacturer in the country. With our agility and preparedness, BMW Group delivered its finest performance in India till date in calendar year 2017 with all three brands – BMW, MINI and Motorrad. BMW Group India delivered 9800 cars (BMW + MINI) in 2017, registering a growth of 25% as compared to 2016. BMW India sold 9379 cars in 2017, clocking a notable growth of 25% as compared to 2016. MINI led the small-premium car segment in India with 421 MINIs sold in 2017, a growth of 17% as compared to 2016. In the first year of its operations in the country, BMW Motorrad has created a strong appeal among Indian customers, delivering 252 motorcycles.

The future strategy for India includes new directions, methodologies and prioritisation to become the most desirable premium automotive brand. How we gear up for the next 10 years will define our future. Although the Indian luxury market is still at a nascent stage, it has immense potential with a population of over a billion. Along with the metropolitan centres, we foresee growth potential amongst the young achievers, predominantly from tier 2 and tier 3 cities.

2. What is the current strategy against the competition? Building the best out of existing platforms i.e. 3 sedans, 3 SUVs or introducing newer segments to the market?

Moving forward with our strategy of ‘Power to Lead’, we have a clear agenda drawn out and at the top is our goal to introduce new products/segments and increase the overall market size. We strongly believe, that leading the growth of the segment is more important than anything else, even more important than being just Number One.

Our product offensive will go a notch up with all three brands – BMW, MINI and BMW Motorrad. This year, we have already launched 11 products. BMW India has increased the excitement in the luxury car segment through the launch of the first-ever BMW 6 Series Gran Turismo, the all-new BMW M5, the new BMW X6 xDrive 35i, the new BMW M3 Sedan, the new BMW M4 Coupe and the all-new BMW X3 SAV. MINI has started a new chapter in its story in India with the launch of the locally-produced all-new MINI Countryman.

MINI India has launched the refreshed versions of the new MINI 3-Door, MINI 5-Door and the MINI Convertible. With this, MINI India has the youngest portfolio of its iconic products. The new models exhibit MINI’s iconic emotive design, clever functionality and gokart feeling with additional surprise features.

MORE STORIES FROM RED VELVETView All