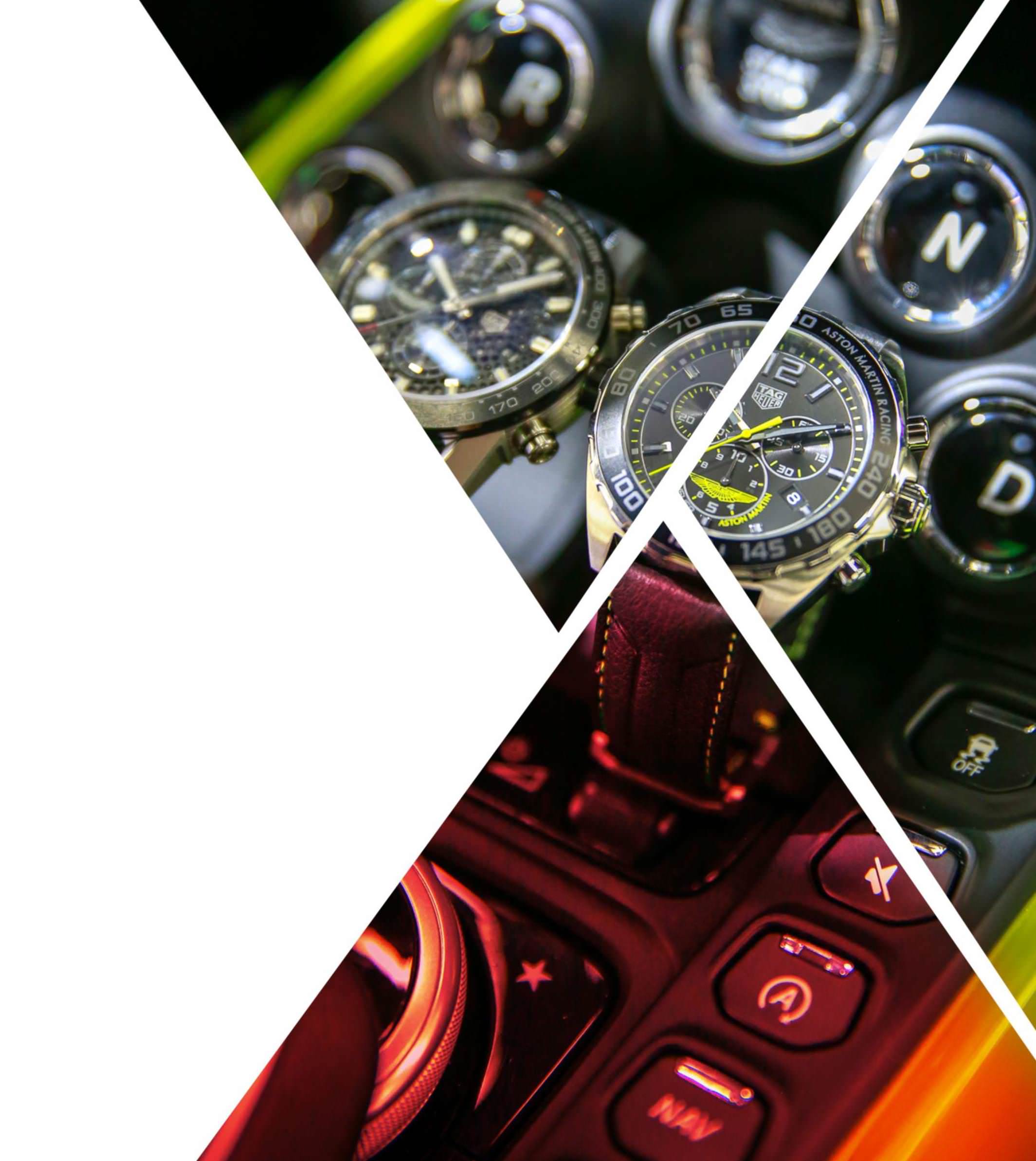 Celebrate the new racing season with an exclusive selection of TAG Heuer watches. 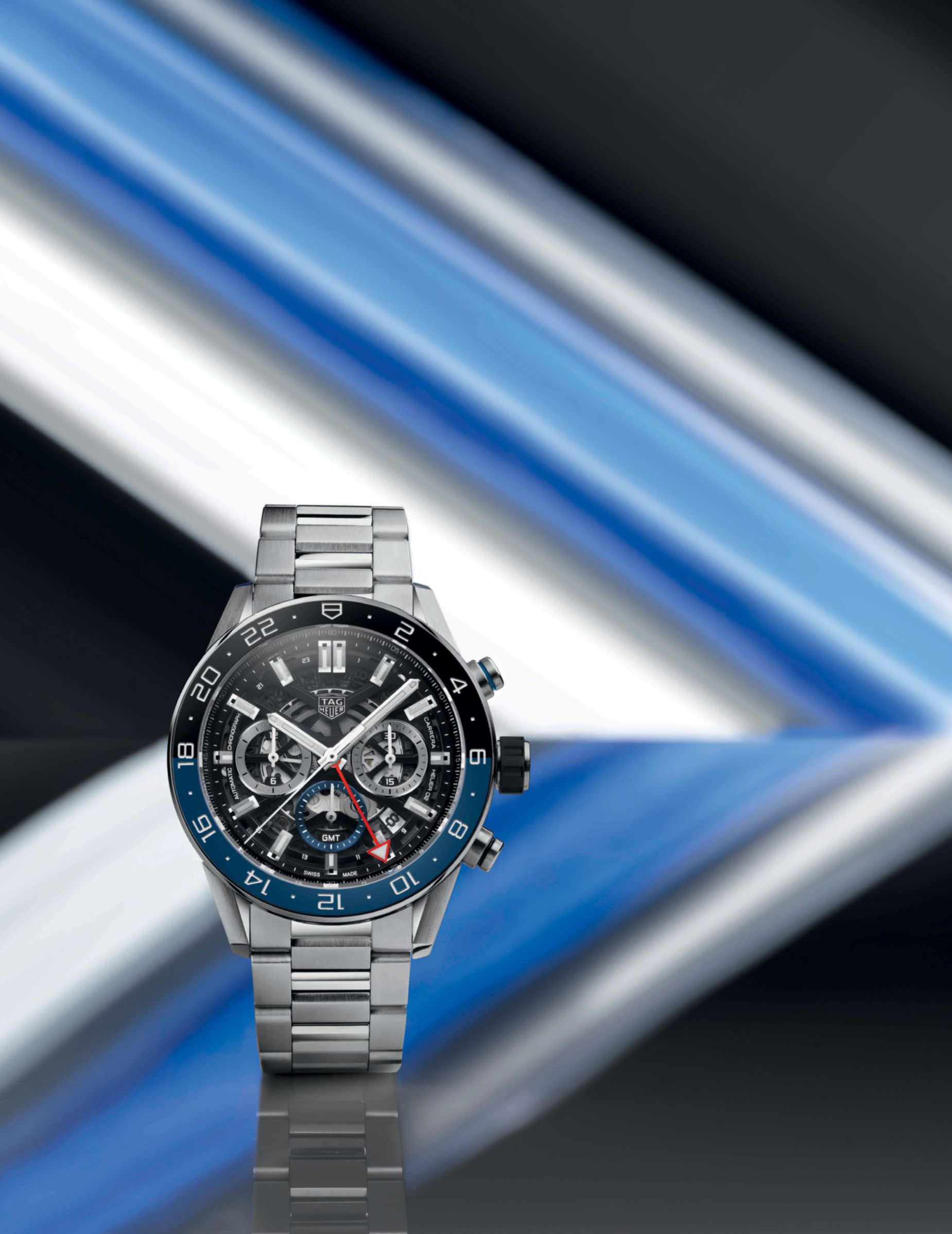 On the 55th anniversary of TAG Heuer’s Carrera collection, in 2018, the watchmakers unveiled a chronograph equipped with a GMT function. The 45mm diameter of the watch comes with a black and blue ceramic bezel and a domed sapphire crystal with anti-reflective coating. This new model adopts the design codes and DNA of the Heuer Carrera, featuring the original “3-6-9” counter layout from the 1963 original. 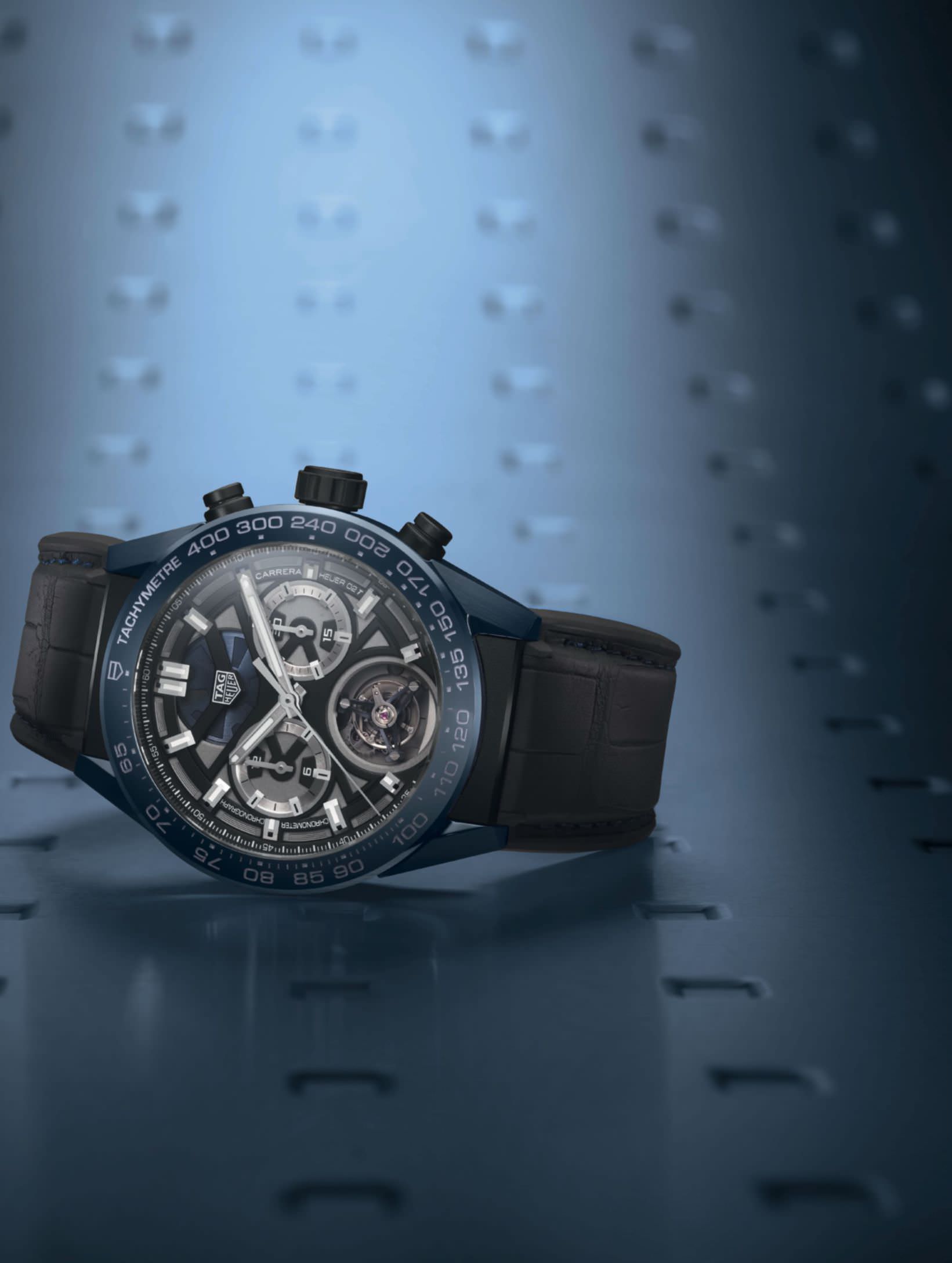 This is the first TAG Heuer chronograph to bear the prestigious “Tête de Vipère” stamp of excellence, awarded by the Besançon Observatory. Since 2006, only 500 watches have received this highly exclusive certification. The movement is housed in a midnight blue ceramic case, complemented by a ceramic bezel and lugs. Elegant touches of blue can also been seen on the weight and movement barrel. The “Tête de Vipère” stamp has been applied to the bridge, visible through the sapphire crystal of the case back. The piece is complemented by a beautiful black alligator strap, sewn onto rubber with blue stitching, endowing it with TAG Heuer’s signature look. 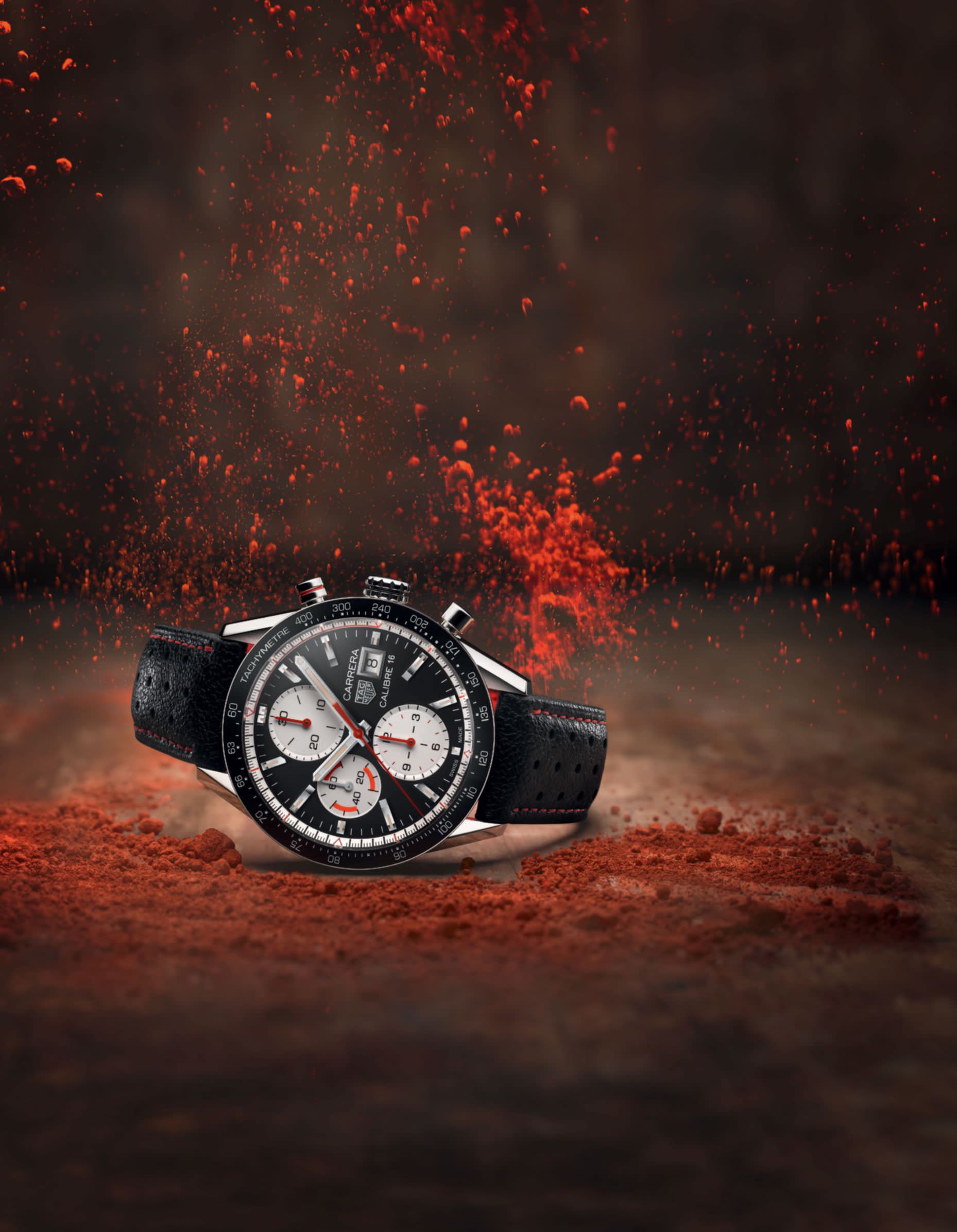 Since the Carrera was launched in 1963, it has become synonymous with motorsport timekeeping. TAG Heuer has now unveiled two new stylish, vintage-inspired timepieces featuring this 41mm watch: a black version with a black leather strap and a blue version with a steel bracelet. With touches of red, the colours, contrasts and position of the counters are all clear references to motorsport. The three white counters, stand out starkly against a dial featuring a white flange with a 60-second scale. 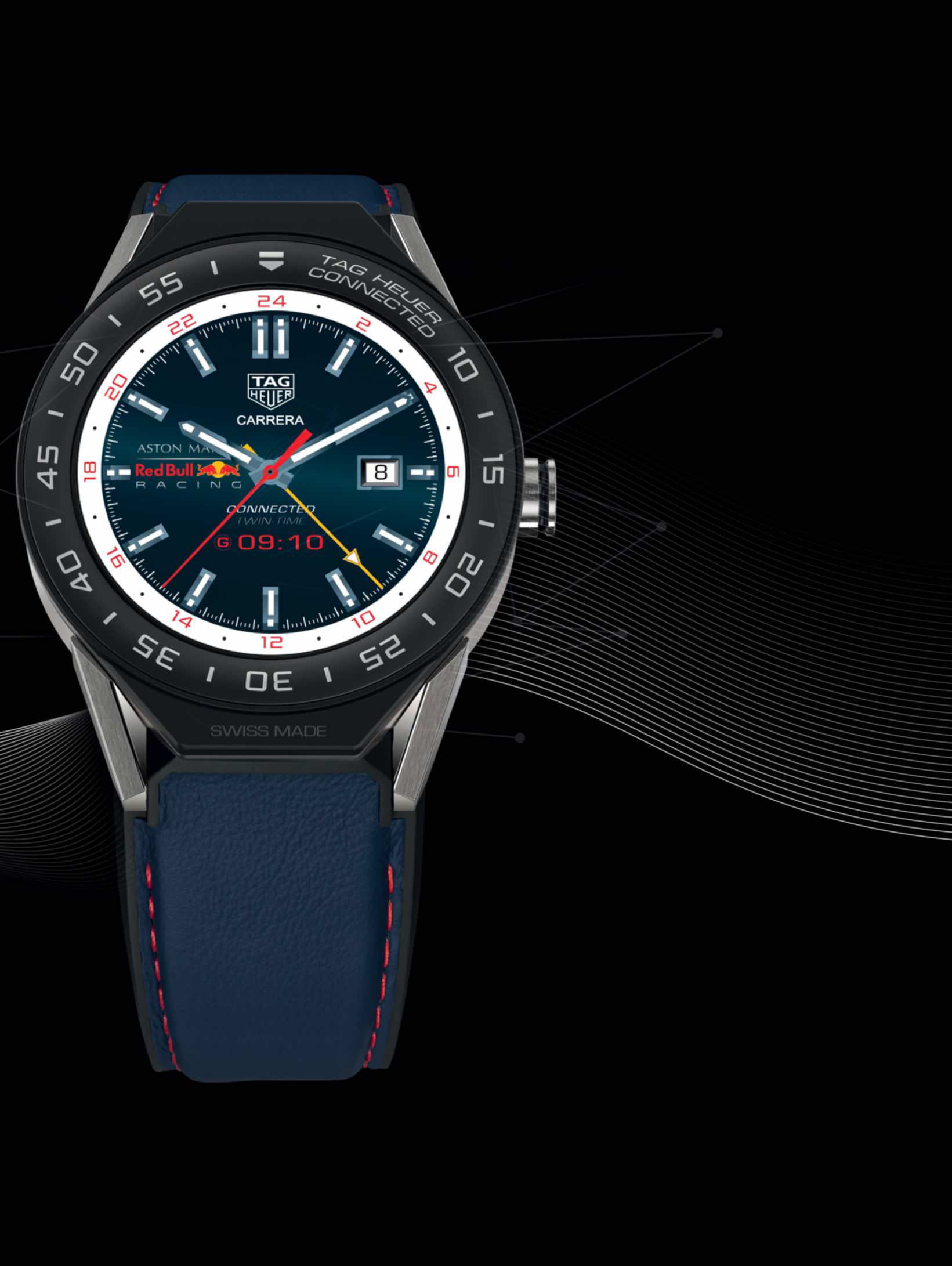 MORE STORIES FROM RED VELVETView All