Tourniquet Buyer's Guide - The How, Why, And What Of Stopping The Bleed 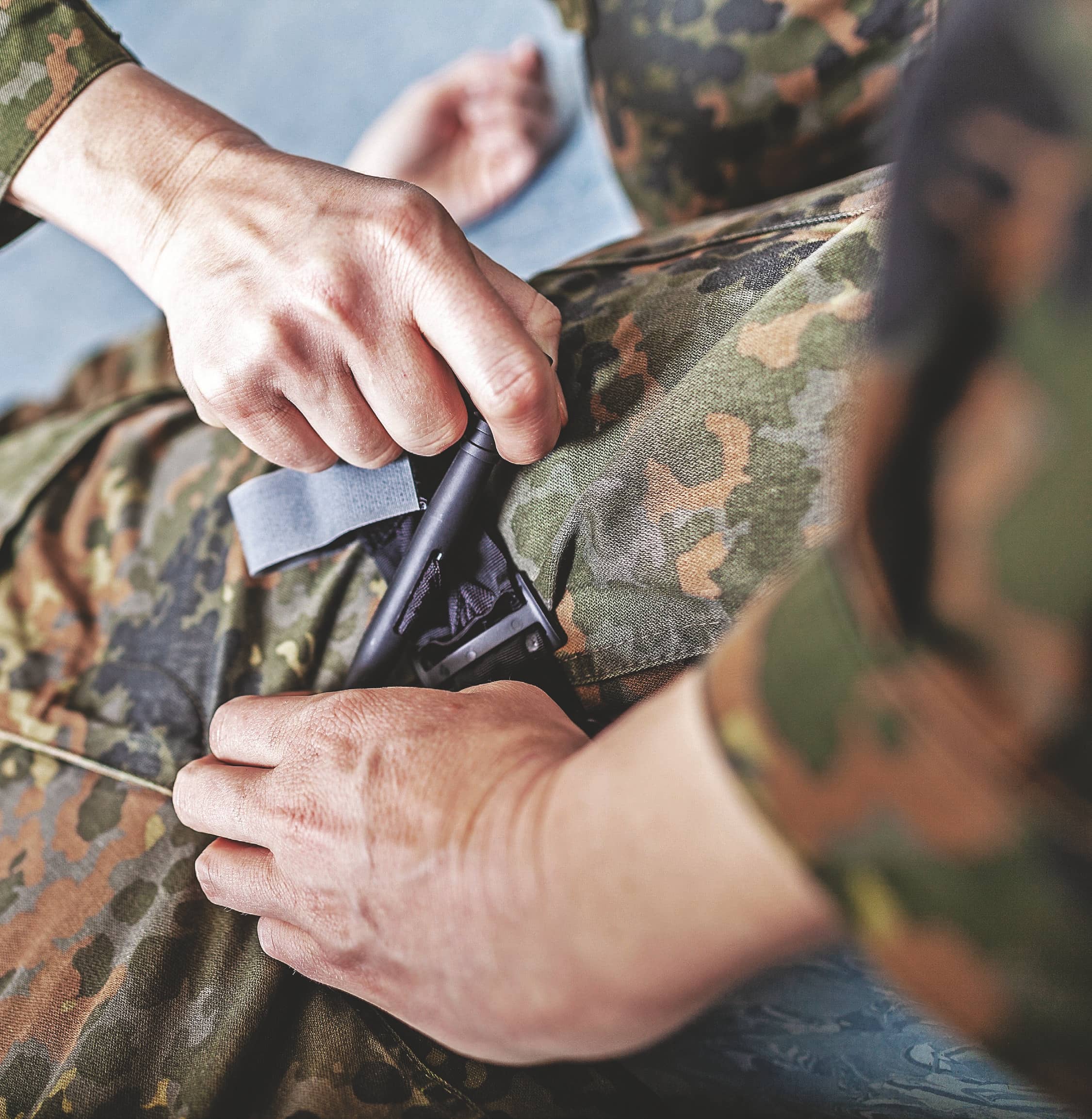 In 2017, the total number of violent crimes in the United States reached 1.28 million.

Violent hazards may arise from an array of different situations, ranging from active shooters, attacks with edged weapons, motor vehicles, or explosives. Since the Route 91 Festival mass shooting in Vegas, more people are asking what they can do if they or someone around them is injured. Here are some statistics concerning mass shootings:

Data collection from these events coupled with evidence coming out of the Iraq and Afghanistan Wars has highlighted the importance of hemorrhage control. So, what can you do if a traumatic event occurs to you or someone around you? Simple, stop the bleed, because blood is life. Our options for controlling bleeding break down to either direct pressure or by using a tourniquet. (See figures A & B)

What’s a tourniquet? Simply put, it’s a device used to control severe bleeding from a large vein or artery in an extremity. Tourniquets are lightweight, compact, and have along history in controlling bleeding — their use has been depicted in Neolithic-era cave paintings of limb amputations.

Fast-forward to more modern times and tourniquets were widely used by both sides during the U.S. Civil War. Soldiers were taught to use a bandana and a stick to stop bleeding. During World War I, tourniquets would see continued use, yet lack of proper training coupled with prolonged evacuation times produced less-than-optimal outcomes. World War II saw similar results, as many reports stated tourniquets were improperly applied, causing death or amputations.

The Korean War was the first point in recent history that saw positive results for tourniquets. General Carl Hughes recalled seeing lives saved and denied limbs being lost when tourniquets were employed (Welling, McKay, Rasmussen, & Rich, 2012). The biggest change from WWII and Korea was training in the use of tourniquets, which, coupled with faster evacuation times, saw many more casualties surviving what would previously be fatal wounds.

The Iraq and Afghanistan wars brought further credibility and validation to the use of tourniquets. This was accomplished with the implementation of the Joint Theatre Trauma Systems (JTTS), allowing for extensive data collection in real time. So, why was there so much data available to collect on tourniquets? Simply put, better body armor. Today, soldiers are surviving rifle hits to their torso due to hard plates, where in previous wars, hits to the thoracic area would be more common and severe.