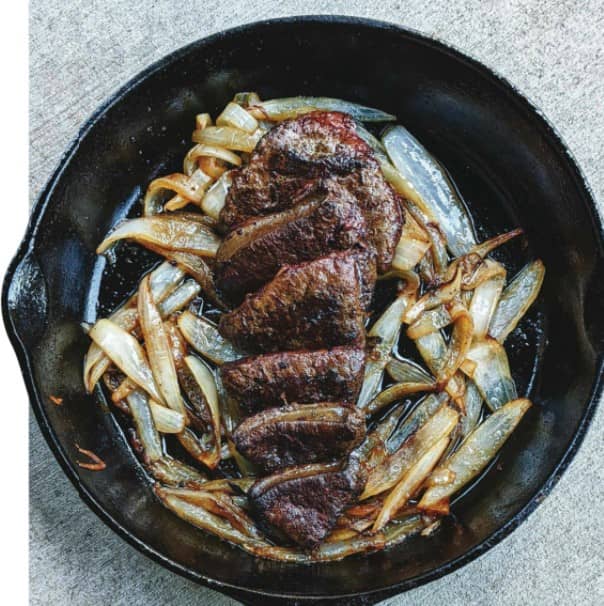 Getting Creative With Organ Meats. The Only Other Thing You’ll Need is a Nice Chianti

There couldn’t be a better time to write this article than right now, given the state of the world in dealing with COVID-19. Hunting licenses, both new and renewals, are up across the nation. Once again there’s another boost for hunting, angling, and procuring wild proteins. This series of articles has been about getting the most out of your kill. It’s time to take it to the next level: offal. Historically, Americans have been squeamish about the wobbly bits of an animal.

Our palates have been made weak by the idea that prime cuts for steaks and roasts are the best parts. Before we even leave the kill, we’ve decided all those extra odd bits are nothing we want near our prized muscle. In traditional hunting from a prehistoric perspective, the whole animal was consumed or used, and offal was the initial focus. It was the prize of the hunter or the privilege of a tribal leader or expectant mother to eat the heart and/or the brains of the animal that had been killed. Interestingly when we massacred the bison in the late 19th century, it was documented that their tongues were most prized in New York and elsewhere in cities east of the Great Plains.

Fear of meat shortages and cleanliness, given the risks at packing facilities during our current pandemic, has us taking a second look at the harvest of our game. As you take the field this fall, consider indulging the culinary experience of respecting the whole animal. Tongues, hearts, livers, gizzards, kidneys, and even parts of the stomach and testicles should be taken into consideration.

At best, you’ll elevate your pâté and terrines with liver, make taco Tuesday something special with tacos de lengua (tongue) or Corazon (heart), and, of course, always get a chuckle from guests when Rocky Mountain oysters end up on the table. At worst, you’ll have the best treats your dog (or cat) could ever ask for. Be bold, take risks, and experiment. I like to break down offal into three categories: muscles plus, filters and glands, and the gut stuff … and they ascend in order of difficulty.

This first category is an easy point of entry into the world of offal. As the title states, these are just muscles — the heart and tongue. Like all muscle groups, it’s important to know what you’re dealing with. The heart is composed of smooth muscle fibers, is wonderfully tender, and, in my opinion, best served rare/medium-rare after a sear. There’s a little trimming necessary, as some of the connective tissue inside that assists in contracting the ventricles and atria of the heart is like a 75-pound test braided fishing line. It’s best removed before it gets wedged in between your molars. Pro tip: Muscle tissue can get better with time. As tempting as it is, don’t throw your heart in a pan to cook before your animal has hit the ground. Like all muscles, a little age can go a long way to get the best flavor.