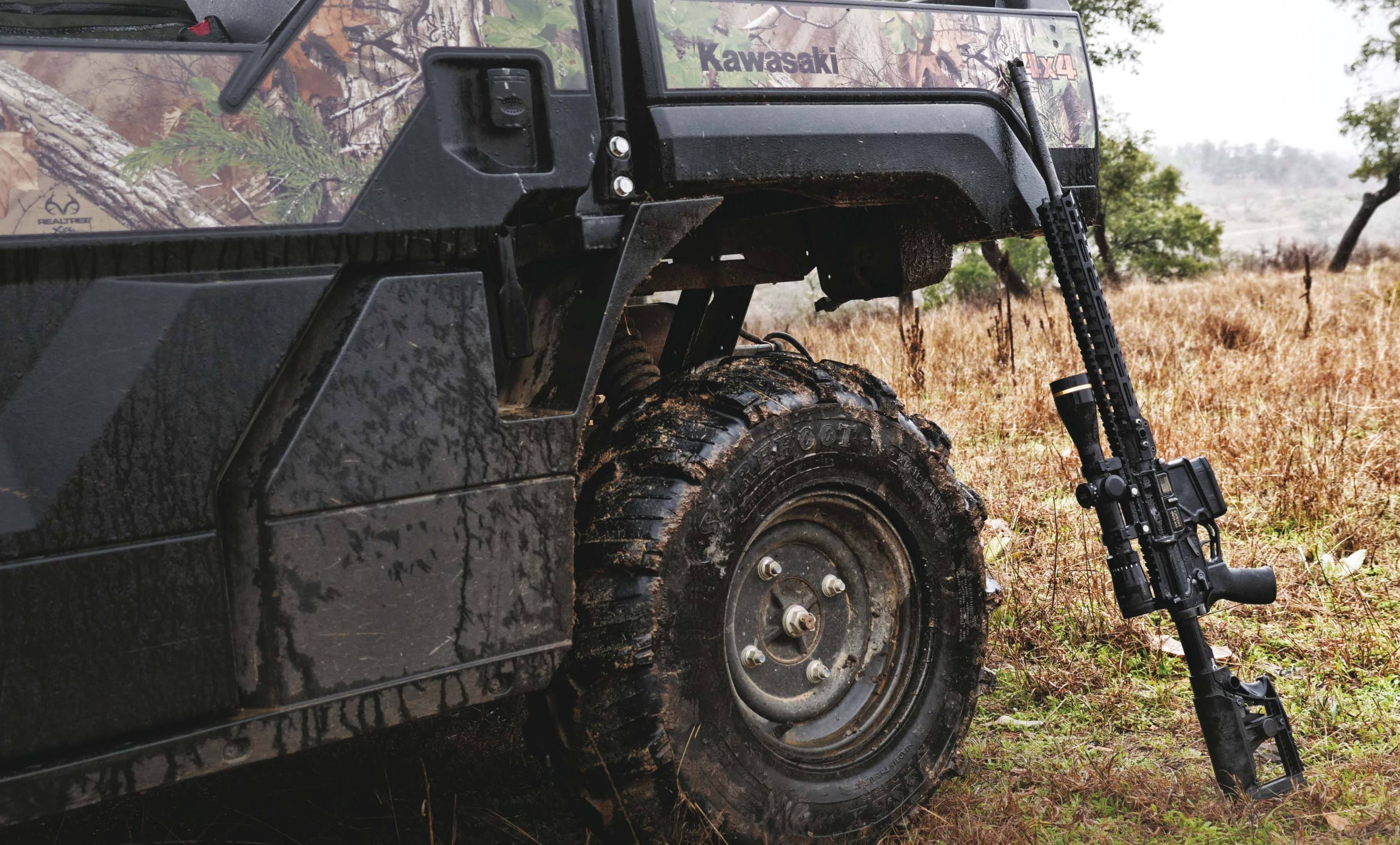 Steven Kuo
The “AR” in “AR-15” originally referenced Armalite, the company that developed it, not “assault rifle” as many uninformed cable news pundits might think. But many now consider it to represent “America’s Rifle,” as the AR platform (and other semi-automatic rifles like it) has exploded in popularity across this great nation. The National Shooting Sports Foundation estimates over 16 million modern sporting rifles like ARs were owned by civilians in 2018, and that number keeps rising.

And what could be more American than using America’s Rifle for hunting, that most American tradition of self-reliance, independence, and good, healthy eating. According to a 2017 study by the NSSF, while the most commonly used firearms for hunting were still traditional rifles and shotguns, 40 percent of those surveyed used an MSR to hunt. Plus 40 percent of those who use MSRs hunt big game, especially deer. No doubt these percentages have continued to climb in the years since.

With gun sales going through the roof throughout the 2020 pandemic, increasing numbers of new gun owners are entering the picture as well. An April 2020 NSSF study estimated that about 40 percent of recent customers were first-time gun buyers. Not surprisingly, handguns were the top-selling type of firearms, but MSRs weren’t far behind. Also not surprisingly, most of these buyers were focused on personal protection — however,almost 1 in 10 were for hunting. And Americans are hunting in record numbers, with many states reporting large upticks in hunting licenses this year.

Pros and Cons of Hunting With an AR

Many proponents of gun control legislation parrot acommon refrain — that they aren’t looking to take away your hunting rifles, just what they call “weapons of war.” And by that, they mean guns like your garden-variety semi-automatic AR platform rifles. In truth, though, ARs are excellent hunting rifles, and as the NSSF studies show, they’re commonly used for hunting. So, let’s discuss the considerations of hunting with an AR versus a traditional rifle:

Legality: Be sure to check the laws in your area and wherever you plan to hunt for what types of rifles, calibers, and ammo are legal for hunting.

Magazine capacity and rate of fire: It goes without saying that as a semi-automatic, magazine-fed weapon, an AR can hold a lot of rounds and deliver them downrange as quickly as you put your reticle on the target and press the trigger. Thus, if you might have multiple targets to engage, like on a hog hunt, an AR has a clear advantage over a traditional rifle like a bolt gun. Even if you’re hunting a single animal, this advantage extends to follow-up shots as well — if, for example, you miss or unfortunately fail to deliver a fatal shot. And it’s not just the semi-auto action that’s beneficial; with an AR, often you’ll be able to stay on target through your scope, observe your hit or miss, and quickly break another shot if needed. A gas-operated semi-auto in the same caliber as a bolt gun will recoil less, thanks to physics. 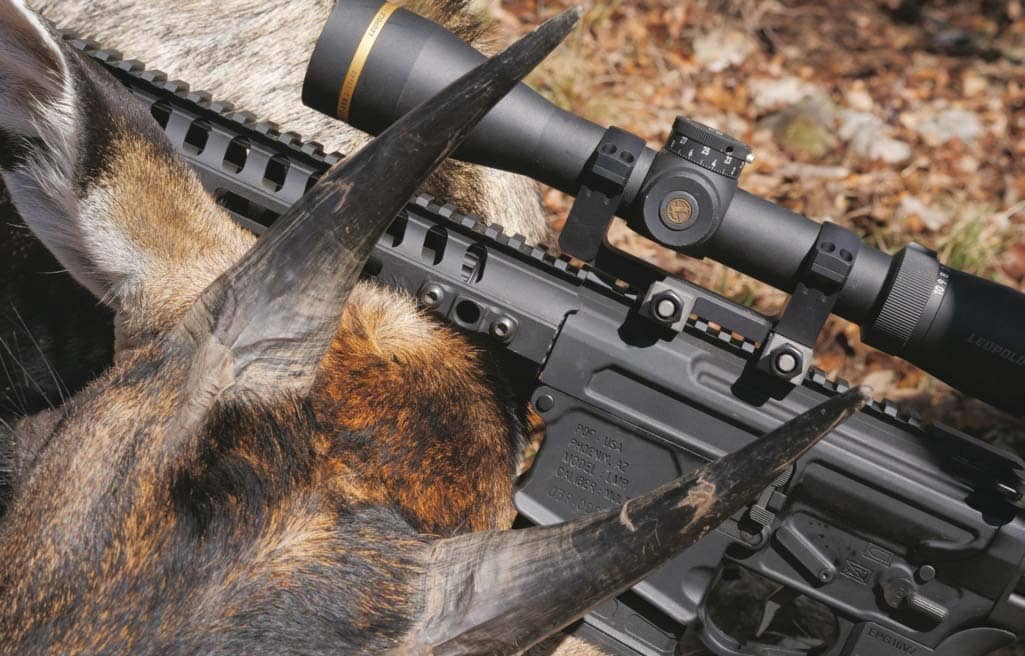