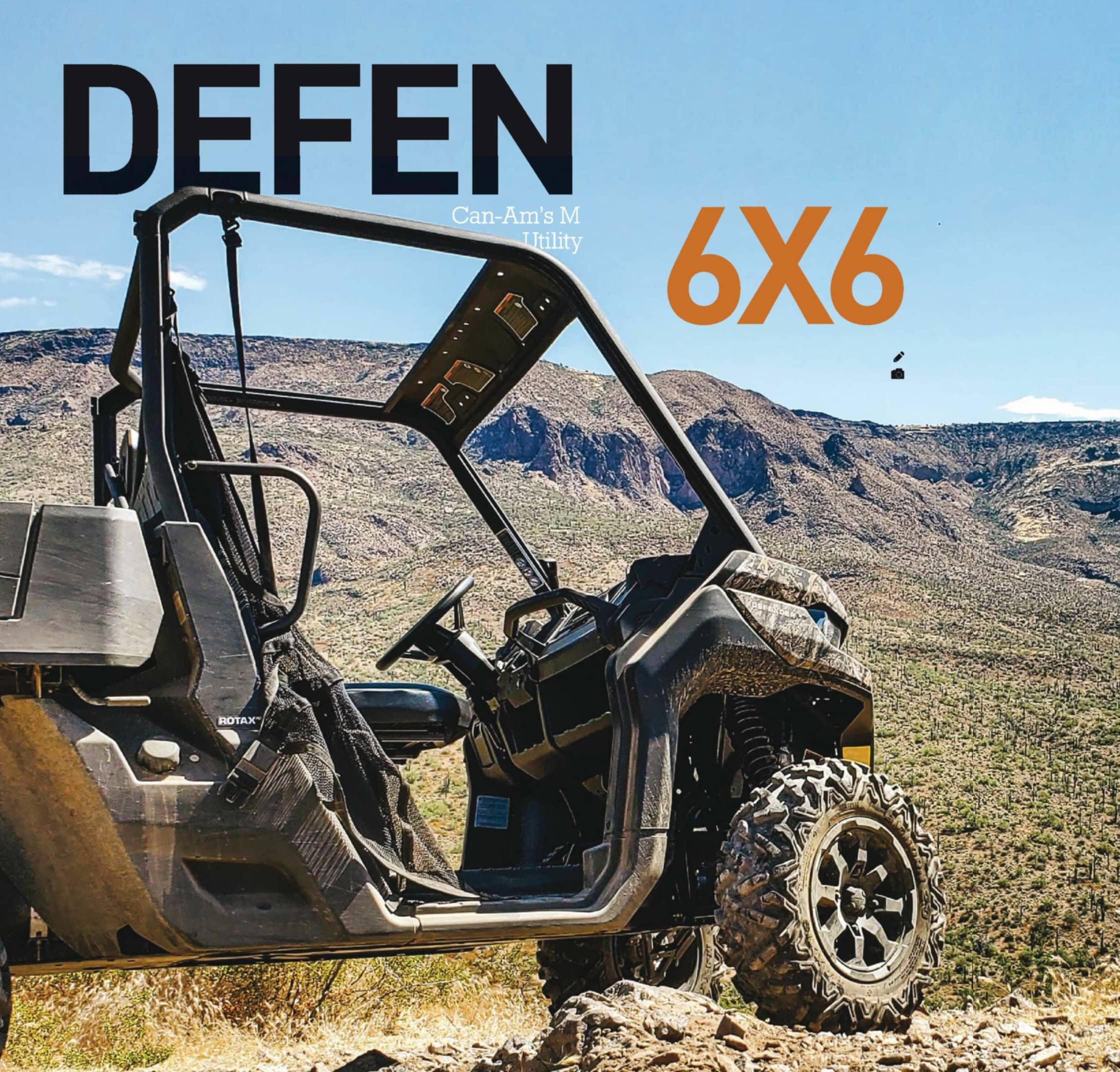 When it comes to real-world performance, raw numbers rarely tell the full story. So in order to dig a little deeper, we spent two months using and abusing Can- Am's Defender 6x6 for everything from high-country camping trips, to moving material, to hucking it over jumps and thrashing it through off-road obstacles that make lifted-and-locked Rubicons shudder. And despite its homely looks and lack of 37-inch tires, it performs way better than you’d imagine.

Powered by a 976cc Rotax twin-cylinder mill, producing 82 ponies and 69 lb-ft of torque, this utility machine has plenty of low-geared power to climb the steepest terrain, and climb it does. We nicknamed it “the goat,” due to its performance on a particularly steep and loose test climb that has bested several of its competitors — about two-thirds of the way up a half-mile-long ascent comprised of broken, fist-sized rocks, there’s an 18-inch-high ledge that catches the left tire of most UTVs and causes them to lose traction. At which point, you have no choice but to slap it in reverse and back down for another attempt. In the Defender, we climbed it empty, we climbed it with a passenger, and we climbed it with two passengers, five bales of hay, and a pair of dogs perched on top. Each time, it chugged away as if nothing was out of the ordinary and this was just another day at the office. 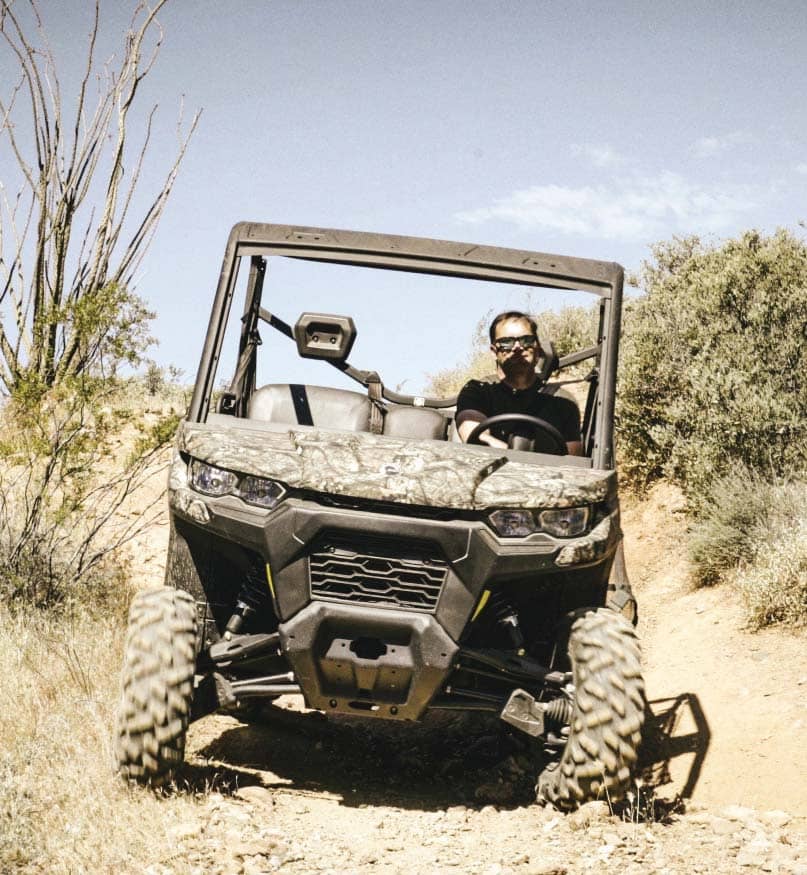