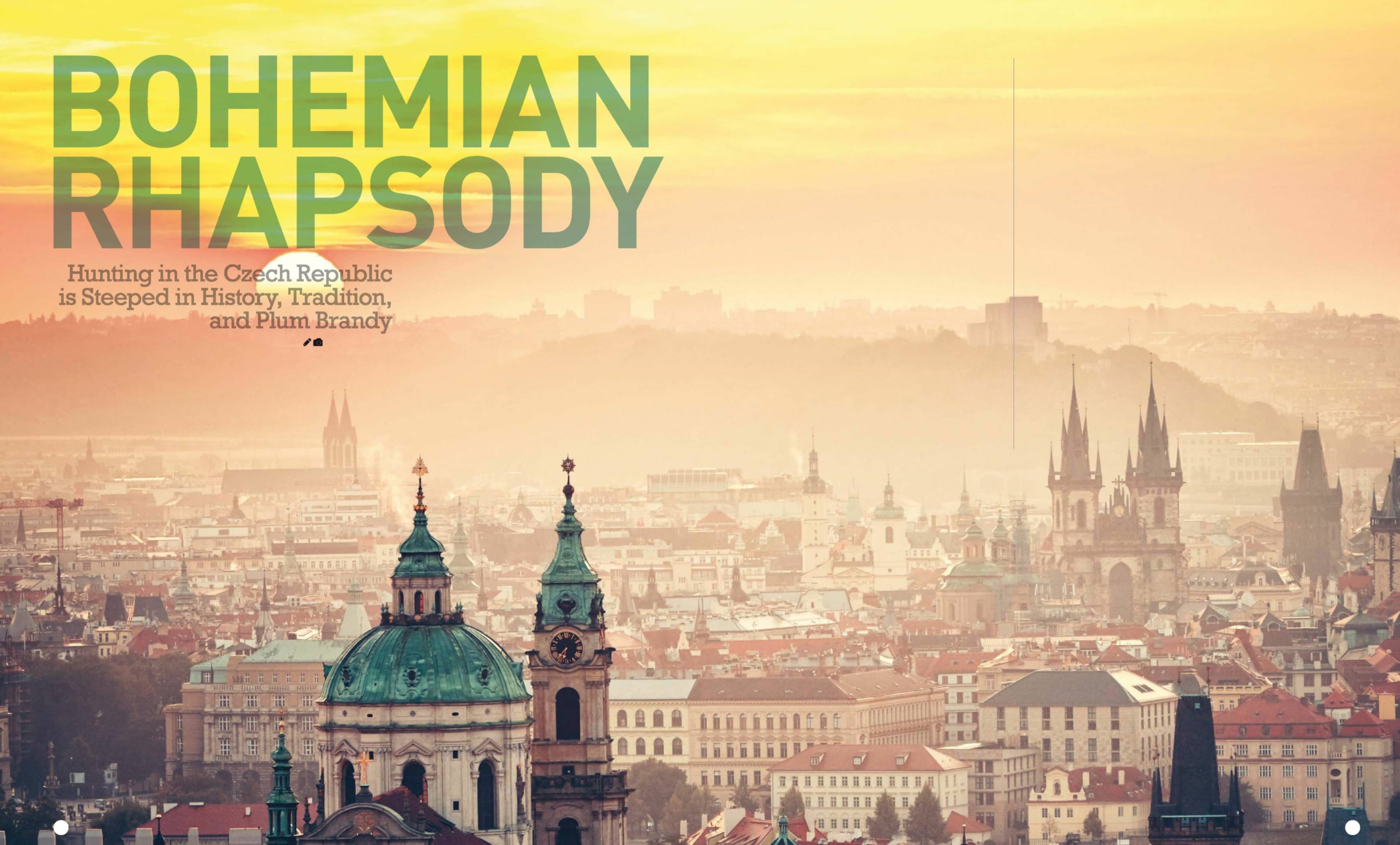 Hunting in the Czech Republic is Steeped in History, Tradition, and Plum Brandy

Ryan Cleckner
On a recent hunting trip to Czech Republic, I was satisfyingly overwhelmed with culture, hunting, food, and drink. More than once in only a few days, I caught myself thinking that I couldn’t possibly have one more bite of food, one more drink, or hunt one more animal. And yet, I dug down deep and marched on.

I kept hunting, I kept trying new food, and at the end of the day, I refused to turn down the local wines and liquors offered to me either in celebration of the day’s hunt or as a toast for good fortune on the hunt to come. I’m no quitter.

Upon my return, I knew that I wanted to share my experiences from this wonderful, hospitable country and its rich traditions of the chase, in the hope that my fellow Americans might find their way to Europe and partake also. Hunting spans every culture and border, and serves to unite broad swathes of humanity from all kinds of backgrounds.

As I thought about the rich history, the new friends made, and the once-in-a-lifetime hunting experiences, I realized that one thing tied the whole trip together. This one topic alone could cover how I met and got to know new people, explain much of the culture, and be the purpose for, and results of, our hunts. Food. 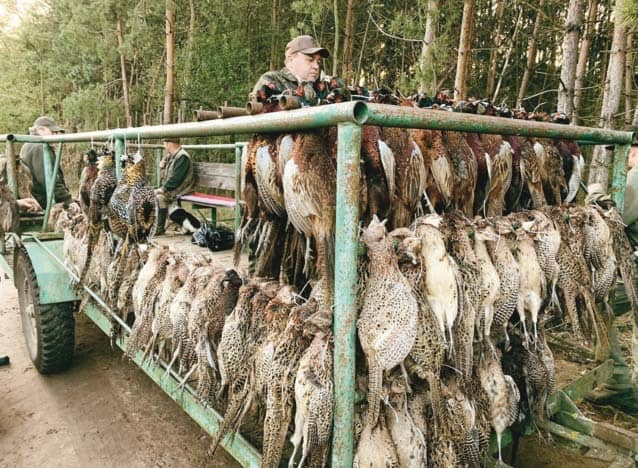 Nice Work, If You Can Get It

I was invited to the Czech Republic by Sellier and Bellot (S&B) ammunition to check out their manufacturing plant and to help test some new product offerings for the U.S. market. The first day was filled with a tour of their factory and some meetings about their new products, where I got to see that S&B manufacturing operations are somewhat of an anachronism. To my surprise, they have extremely modern and efficient operations — way better production operations and quality control than I’ve ever seen in any other ammunition plant — housed within distinctly communist bloc buildings.

That night, the night before our first hunt, we drank our fair share of local wine and Slivovitz (100-proof plum brandy), and I enjoyed my first sampling of Czech food. It was during this night that I realized I was wrong when I thought that I’d never been around more drinking than in my young Ranger days in Savannah, Georgia.

Every meal, meeting, and occasion included alcohol. This isn’t to say that our hosts at the restaurants and hunting lodges were necessarily dipsomaniacs, but rather that alcohol is a staple of Czech traditions.

For example, I lost count of how many times throughout the day, every day, a shot of Slivovitz was raised (with the left hand, mind you — I learned that there are rules for such things) and a toast of “Lovu Zdar” (effectively, “good luck hunting”) was given and repeated by all, followed by downing the fiery concoction. This included breakfast. 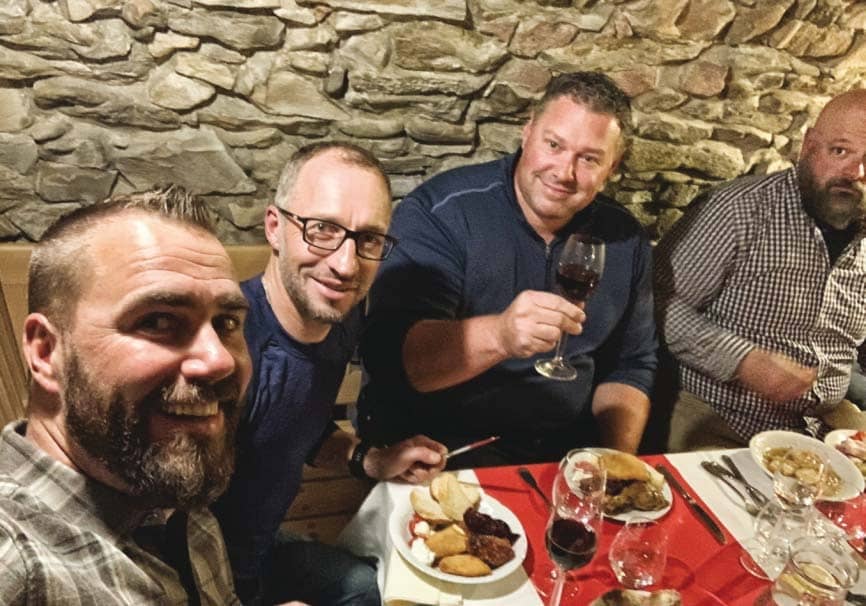 To be honest, Slivovitz tastes like turpentine, is usually home-brewed, and in this case was stored in an old grape-juice bottle. Perhaps a better way to put it is to say that Slivovitz is as strong as the people who drink it.

Suitably fortified and nursing the aftereffects of Czech hospitality, the party headed out for our first day’s hunt, which was for driven pheasant. After a filling breakfast at the pheasant hunting lodge, the hunters and the staff, which comprised no less than 20 beaters and retrievers, met around a large square of pine boughs with over 1,000 birds pine boughs to “open” the hunt with traditional blessings and sounding a horn in salute.

Even after many bird hunts in New England and South Dakota, I’ve never seen so many pheasants in my life. Just as memorable, however, was lunch, which was far removed from the usual sandwich stuffed into a jacket pocket. Instead, we had a spread of game meat in the form of various pork and venison sausages, boar ribs (which were smaller than I expected but tasted incredible), bread, and black sausage with potatoes. Of course, there was also beer and Slivovitz. 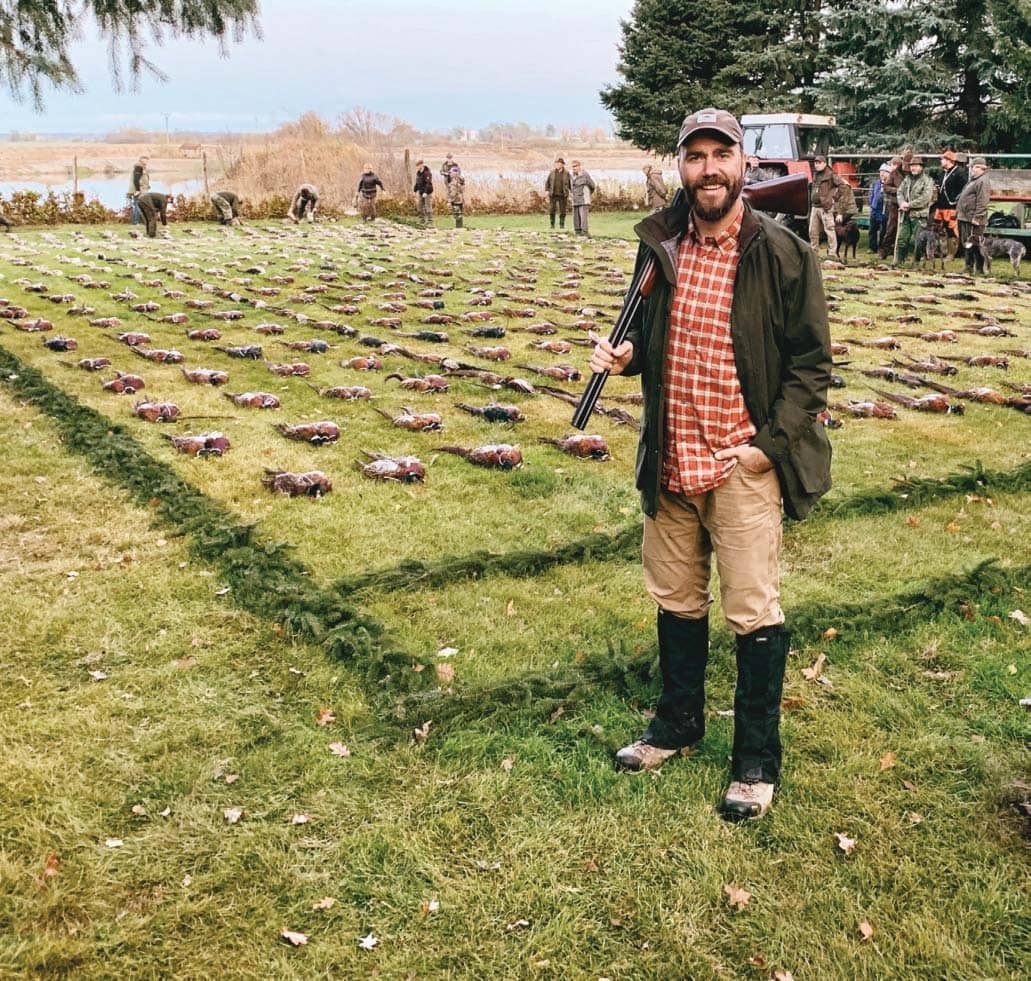