The View From Gun Country 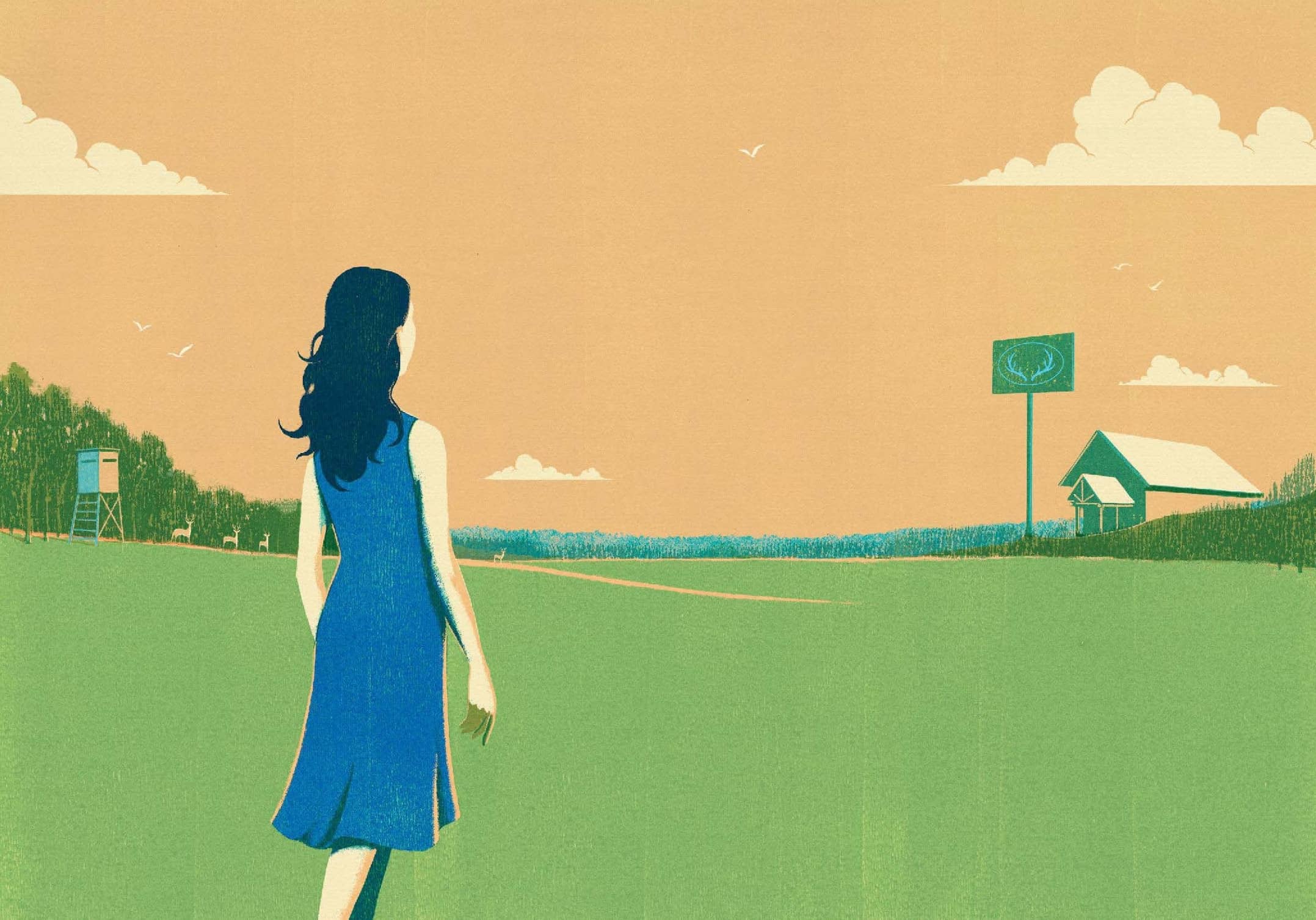 One Alabama woman’s experience— as an observer and as a shooting victim—underscores how hungry Americans are to reach consensus.

I was shot on a Sunday. It was late and it was hot and I was 21, on my way home from dinner during summer break. I’d rolled the windows down because the breeze felt good. I pulled up to a red light, about half a mile from my home in Tuscaloosa, Alabama. “Yeah!” by Usher was playing on the radio. A silver Toyota Tacoma turned the corner. As it passed me, I heard a pop. Then my left arm was on fire.

It never occurred to me to call 911, only to want my dad. I pulled into the Circle K across the street to call him. I looked at the blood blooming across my blue dress. It was new, and I wondered whether the stain would come out. Then I looked over at a girl standing in the parking lot, talking with two boys. Her wavy blond hair shimmered beneath the fluorescent streetlights. I thought about how I wished I had wavy blond hair like hers.

My dad said to stay put, that he’d come get me. I insisted on driving home. On the way, I apologized to God for the things I’d done wrong in life. When I pulled into the driveway, my parents were standing outside.

My mother cried as she drove me to the hospital. The surgeon said the bullet was small, maybe a .22 caliber, and too deep in the muscle to take out, so it’s still in my arm. They never caught the shooter or came up with a motive.

WHERE I’M FROM, we like guns. They are as much a part of our story as Jesus, “Roll Tide,” and monograms. Even if you’ve never shot one, you appreciate the romance.

That appreciation begins when you’re young. Here is what I remember: November air, stadium lights, cut grass. We cheerleaders would stay after school to practice our halftime routine. On Friday nights, we’d crowd in front of the small bathroom mirrors to touch up our makeup—glitter eyeshadow if it was a big game—and emerge in a fog of hair spray.

The cheerleaders who were most envied were the ones who had their alarm clock set for 4 a.m. the next day. It meant they had a boyfriend who was taking them hunting, and that meant things were getting serious. 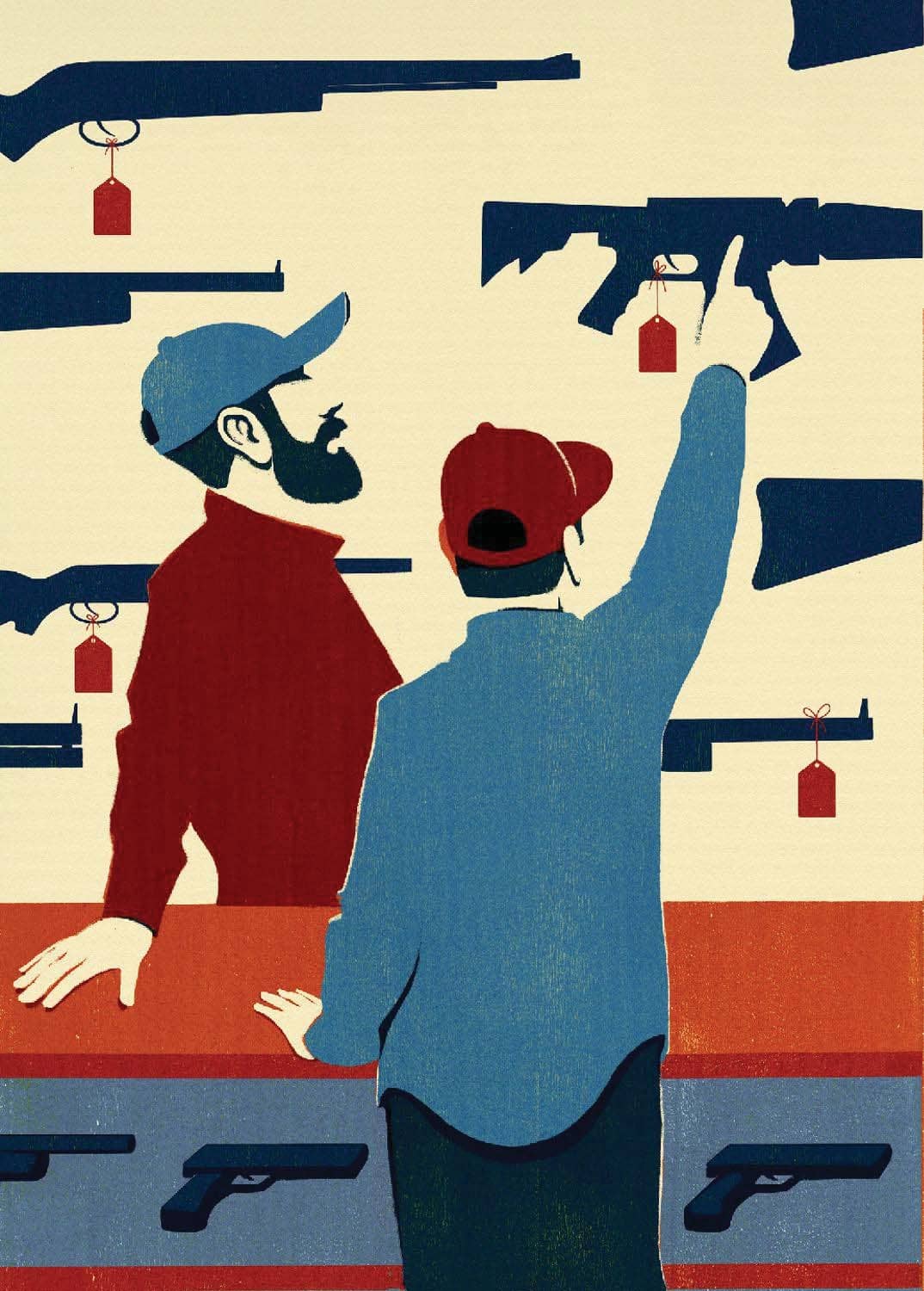 Not every girl was excited about the hunting itself. The gear was bulky and heavy: rubber boots and a big camo jacket, which, if you were lucky and had a brother, you could just borrow from him. The boy would pick you up in his truck and drive you out to his family’s land. You’d climb into the deer stand and wait. The boy would have his rifle ready—maybe a .30-06, a youth model that didn’t kick too hard—and when his prey finally emerged, he’d squeeze the trigger, and you’d jump because the sound cracked open the sky. A few horribly boring hours for you, but when his face flushed with delight, you’d remember why you came—because it was important to him, which meant it was important to you too.

Those mornings weren’t about guns so much as they were about growing up, the pride of inclusion in a culture, the proximity to a masculine energy we all found intoxicating. If people in Tuscaloosa talked about gun violence at all—in the wake of a mass shooting, or after the rare hunting accident—it was as an unfortunate but explicable bit of collateral damage: Occasionally cars hit people, but we still drive.

When I was 14, my grandfather became a co-owner of an outdoors store. The store carried everything— firearms, fishing equipment, hiking and camping gear. After I got shot, after I was able to sleep on my left side again, I started thinking about the gun section at the back of the store. Did the person who shot me buy the weapon there? How long did the sale take? I pictured him—he is faceless in my mind, but always a man—selecting a gun, and then tossing in a pack of chewing gum, because it was right there by the cash register, and why not.

Probably I had parroted the unfortunate-but-justifiable-collateral bit before. That logic became muddied, though, when the collateral damage was me. But nobody talked about it like that, at least not out loud. So for a while, neither did I.

GETTING SHOT DID not end my life. It didn’t even upend it, really. The one time I cried, I was sitting in a tufted chair in my parents’ bedroom while the local Fox affiliate was on. “The victim,” the anchor said, “is still rattled but at home and doing fine, we can exclusively report.” It was disembodying, listening to this person I had never spoken with speak about me. We can exclusively report.