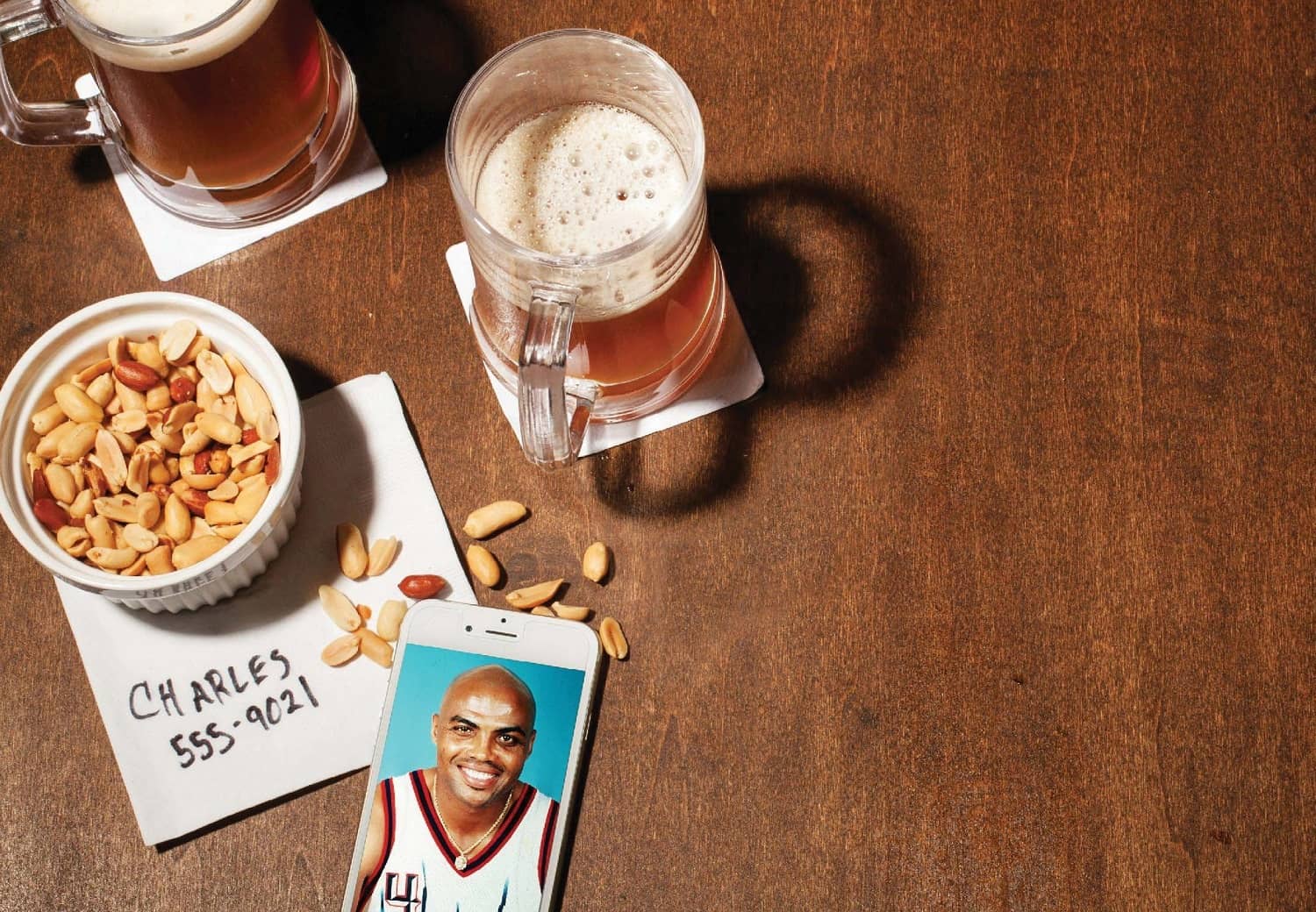 An NBA star, an immigrant scientist, and a friendship no one believed

WHEN CHARLES BARKLEY’S MOTHER, Charcey Glenn, passed away in June 2015, the former basketball star’s hometown of Leeds, Alabama, came to the funeral to pay respects. But there was also an unexpected guest.

Barkley’s friends couldn’t quite place him. He wasn’t a basketball player, he wasn’t a sports figure, and he wasn’t from Barkley’s hometown. Here’s what I can tell you about him: He often wore striped polo shirts tucked into khaki shorts, and he got really excited about two-for-one deals. He was a commuter. He worked as a cat-litter scientist in Muscatine, Iowa. In short, he was everyone’s suburban dad. More specifically, he was my dad.

“It was obviously a very difficult time,” Barkley told me recently regarding his mother’s death. “And the next thing I know, he shows up. Everybody’s like, ‘Who’s the Asian dude over there?’ I just started laughing. I said, ‘That’s my boy Lin.’ They’re like, ‘How do you know him?’ I said, ‘It’s a long story.’”

THE LONG STORY started four years ago. My dad, Lin Wang, knew about Barkley long before he met him. “You know, [Barkley] has a big personality,” he told me. “He’s a top-50 player in the history of the NBA. For many years, he was the number two guy, right after Michael Jordan.”

Whenever we attended dinner parties, my dad would talk about his friend Charles Barkley. The first time my dad told the story, I didn’t pretend to know who this person was. Basketball has never been my thing. 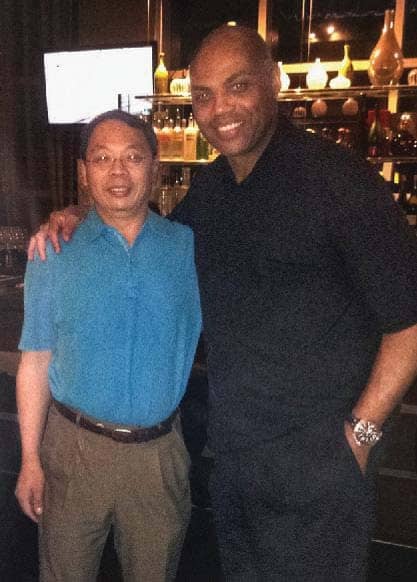 About two years ago, I asked my dad if I could see their texts. He handed me his phone. Their texts were mostly messages from my dad that ended with an excessive number of exclamation points. I told him the conversation seemed pretty one-sided and handed the phone back.

As I talked about the relationship with more and more people, I began to think that either my dad was one of the luckiest basketball fans ever or this whole thing was an elaborate joke. But no. The friendship was real.

“It was, like, one of the most random things,” Barkley recalled with a laugh.

“I was on a business trip,” my dad said, “and was walking in the hotel lobby, and I saw Charles Barkley.”

“I was in Sacramento speaking at a charity event,” Barkley said.

“So I just went to say hi and take a picture with him,” my dad said.

“I was just sitting at the bar,” Barkley said. “And me and your dad were the only two people in there. And we just sit down and started talking.”

“And before we know it, we looked at each other like, ‘Yo, man, I’m hungry. Let’s go to dinner,’” Barkley said. “It turned into a two-hour dinner. And then we actually went back to the bar and just sat there and talked for another couple of hours. And the rest is history.”