He Trots THE Air 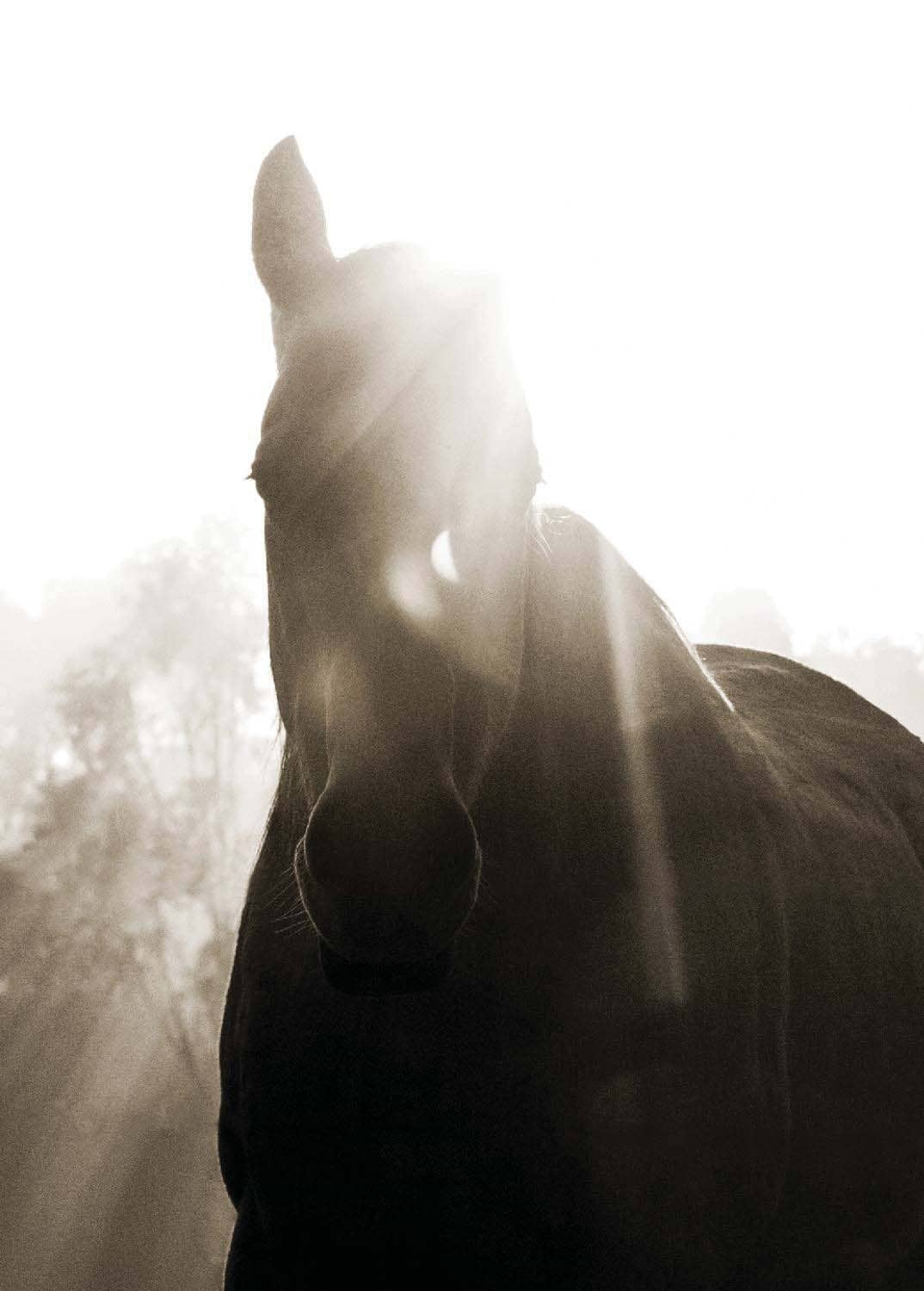 Her horse had stayed by her side for 25 years. Now it was time to let him go.
Pam Houston

Last summer, I put my old roan horse in the ground. But there’s way more to the story than that. Thirty-nine years on the planet, 25 of those with me.

The first thing I noticed about Roany was that he had a kind eye; the second was his size—just under 17 hands (five foot eight) at the shoulder. The Santa Fe cowboy who sold him didn’t tell me much apart from his age, which likely had a year or two shaved off, and that he went better away from the barn if you wore spurs. Within days, I came to understand Roany’s intensely good nature. Each morning when I went out to feed him, he greeted me with a just happy-to-be-here chortle.

He was as solid a trail horse as I’ve ever ridden, never flinching in big wind, or while crossing water, or when mule deer twins who’d been stashed by their mother in some willows leaped in front of him. He was so bombproof that the county search-and-rescue team enlisted his help a few times a year to find and deliver a wayward hiker.

I bought Roany the same year I moved to a ranch in Creede, Colorado, because Deseo, my alarmist Paso Fino, was deciding that Colorado was the scariest place he’d ever been. First off, there was snow—a whole lot of it. The predator-to-livestock ratio was not to his liking, and the pasture was surrounded by hundred-foot spruce trees that often sang in the wind.

I grew up in an unpredictably violent household, so my temperament ran a little closer to Deseo’s. I counted on Roany to keep the whole barnyard calm, not just Deseo and the mini donkeys but also the ewes and lambs, the recalcitrant rams, the aging chickens, and me.

I called Roany “the horse of a different color.” In the dead of winter, he was burgundy wine with tiny white flecks. In March, he would shed to a dappled gray with rust highlights. By midsummer, he was red again, but not such a rich red as in wintertime. And when his heavy coat grew back in October, he was solid gray for most of a month.

For two and a half decades at the ranch, Roany’s coat marked the changing of the seasons. I stopped riding him when he turned 33, because I thought he deserved a lengthy retirement, though he stayed well muscled and strong until a few months before his death.

He had a bout of lameness in April and a longer one in May. By late June, he was limping more often than not. When Doc Howard came for a ranch call, he said, “There’s a number associated with this lameness, Pam, and it’s 39.” previous spread: elizabeth all nut/offset (horse). Natalia van d/Shutterstock (horseshoe)

I did the things there are to do: supplements, an ice boot, DMSO to reduce swelling, Adequan shots, even phenylbutazone on the most painful days. We’d had very little snow and no spring rain, and for the first time in my tenure the pasture stayed dormant all summer, the ground extra hard on sore hooves.

Roany loved nothing more than the return of the spring grass, and it seemed radically unfair that in what was looking to be his last year, there wouldn’t be any. I watered, daily, a thin strip of ground between the corral and the chicken coop and named it Roany’s golf course. He had some good days there, but mostly he hung around the corral.

The downside of Roany having the best head on his shoulders of any animal I’d ever owned was that he never got the bulk of my attention. But that summer, between me; my fiancé, Mike; and my ranch helpers, Kyle and Emma, he hardly had a moment’s peace. We iced his legs and groomed him twice daily, mixed canola oil into his grain to help keep weight on him, and hugged him constantly.