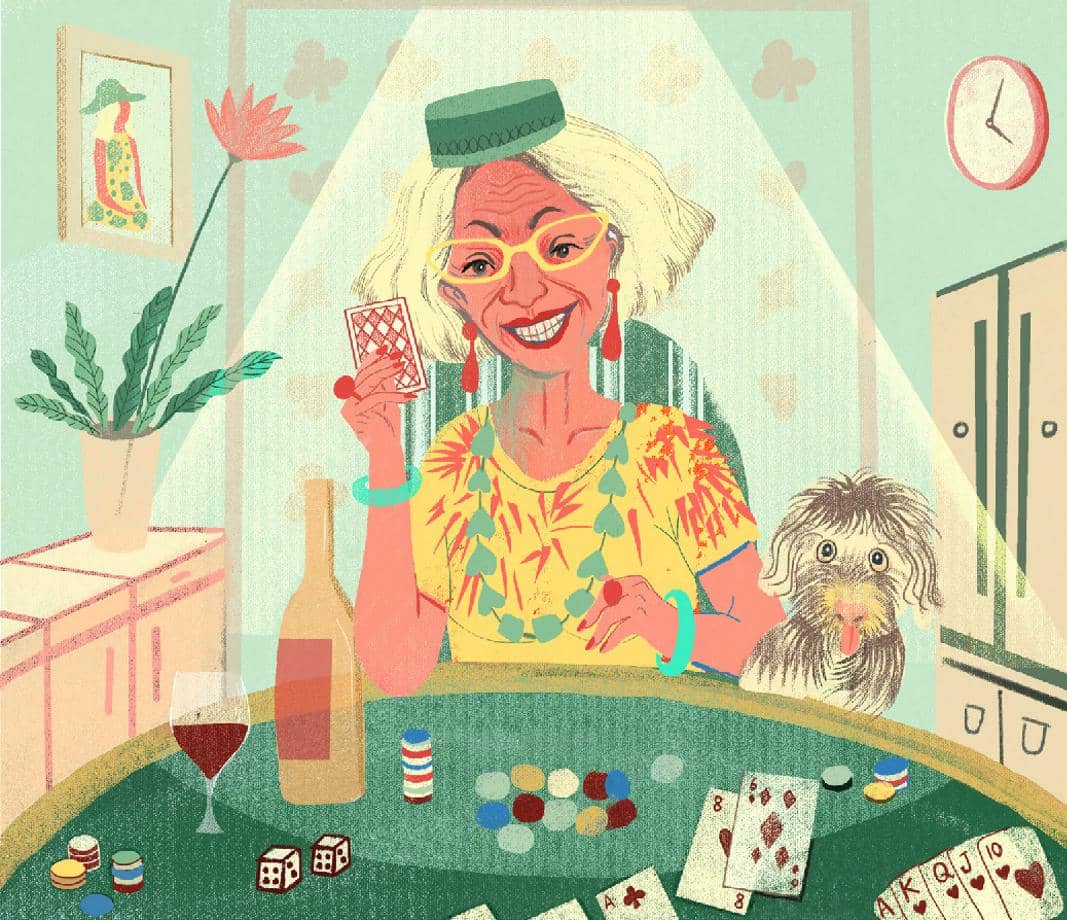 Our families lived more than 450 miles away, so a few weeks before Thanksgiving one year, my then husband and I decided to invite a guest over for the holiday. I called a senior center in the Dallas area and they suggested Ilse, a woman I imagined would be quiet, soft-spoken, serene. I was wrong.

Ilse was a stubborn 78-year-old force of nature. She enjoyed complimentary gambling junkets to Las Vegas and kept a local bookie on speed dial. She favored sequined T-shirts; her tiny wirehaired mutt, named Speckles; and spending time at the senior center. Describing this opinionated, four-foot-four woman as a firecracker would be like referring to the Olympic torch as a disposable lighter.

On Thanksgiving, within minutes of arriving, Ilse plopped her oversize purse on the kitchen counter and, with a wide, denture-filled smile, welcomed the glass of wine my husband offered. By the end of the evening, we felt as if this quirky septuagenarian were an old friend. Two weeks later, I invited her to lunch.

The more time I spent with Ilse, the more she became like a surrogate grandma, albeit a saucy one. She wasn’t afraid to share her opinion with others or to ask me when I was finally going to have children. “You’re not getting any younger,” she’d say.